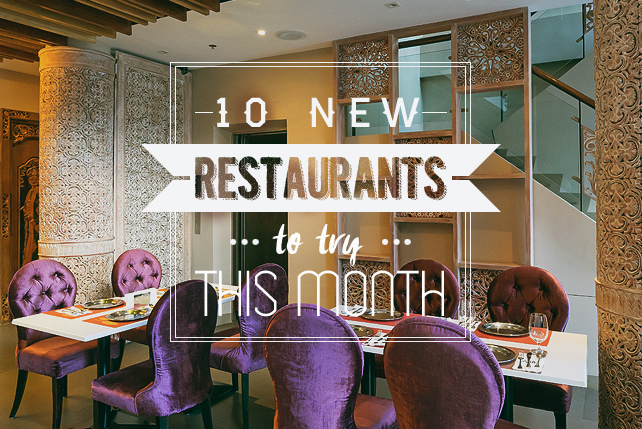 10 New Restaurants to Try This March

The latest places to check out in Manila. 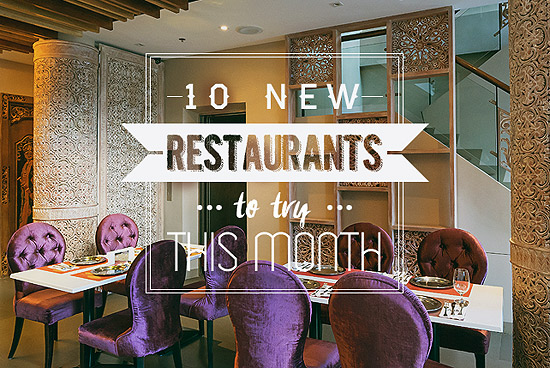 (SPOT.ph) Stumped for ideas on where to eat? Are there too many choices? We're breaking down Manila's extensive dining landscape with a list of places to try every month. Always keep your restaurant index fresh! 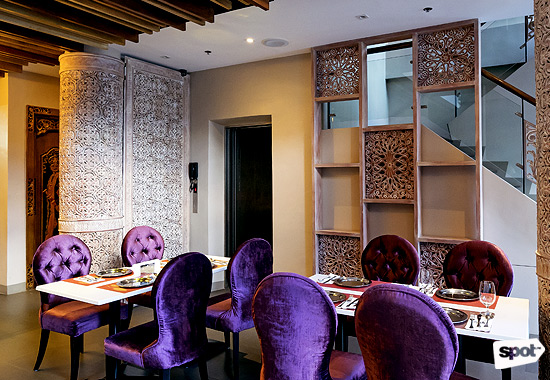 This restaurant is a luxurious Indian getaway in the middle of Poblacion. Despite the construction-ridden bustle of the neighborhood, R.I.C.H. is quite peaceful—lavished with velvet purple chairs and intricately carved pillars. The highlight is the little book they'll hand over as soon as you sit down. The menu is thrilling, perplexing, mouthwatering. They offer pages upon pages of Indian specialties to take you on a novel and comprehensive Indian adventure. 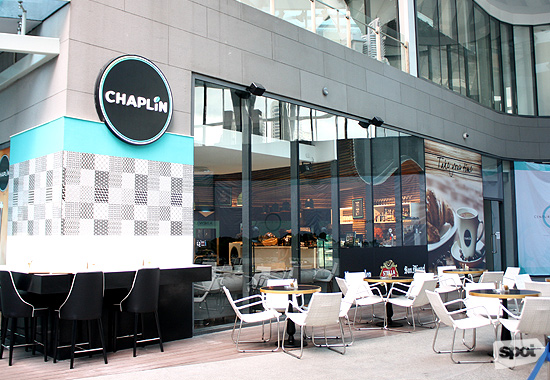 This one-of-a-kind hangout on the top floor of Century City Mall highlights cafe goodies with a Middle Eastern flair. It's airy and lovely, with cushy chairs, soft couches, and enough puns on the wall to tempt you to hide out for the entire day. While other restaurants are designed for fast turnovers, Chaplin was especially built to make people stay. Beware of the cheesecake. It's going to make you even more hooked. 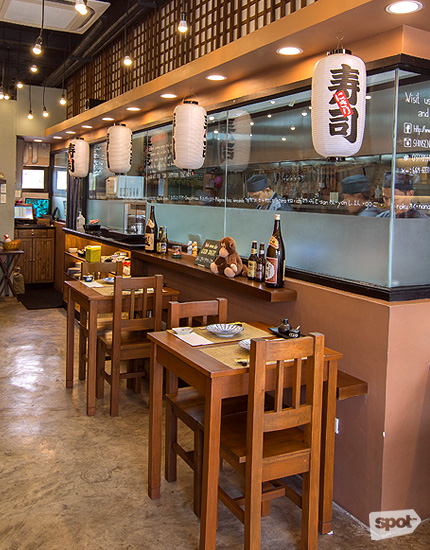 We're always big fans of unexpectedly good restaurants. Situated on the other side of Pasig (read: not Kapitolyo), Shinsen is styled like Tokyo's Tsukiji Market. The name is Japanese for "fresh," and the owners definitely know how to live up to their name. This quirky restaurant features straight-up tradition: melt-in-your-mouth salmon, tender yakiniku steaks, and even kakigori. 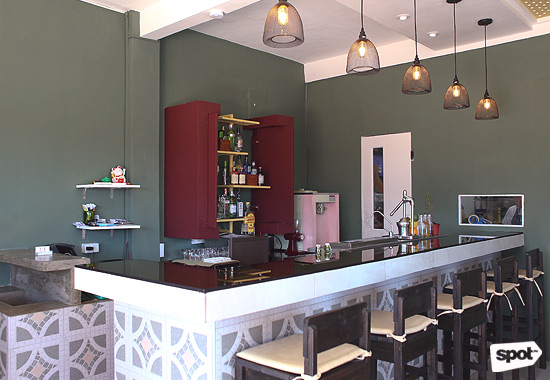 The Mr. McEgg, a fancier version of a fast-food breakfast favorite, is a preview of the many good things that you'll find in this sandwich place. It's co-owned by Jonathan Choi of third-wave coffee shop Magnum Opus and his girlfriend, Kristine Ongsiyping. Sammies that lean towards Asian tastes comprise the theme, but the chicken is an absolute scene-stealer. The couple even made their own Japanese seven-spice mixture that you can sprinkle on practically everything. Trust us—you won't find sandwiches like these elsewhere. 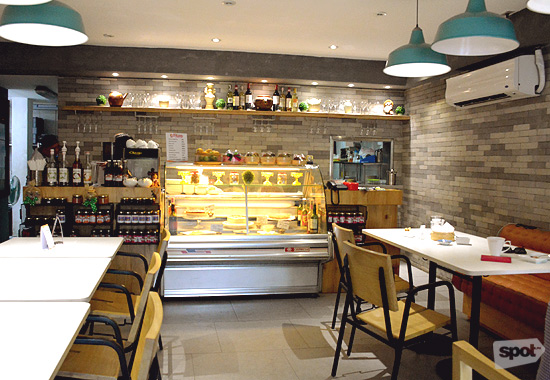 This humble Kapitolyo restaurant is one of two come-back eateries on this list. Mama Rosa's first restaurant in Quezon City shut down in 2006, but it's made a rather stellar return, breaking through with bold and authentic Filipino flavors. Owner Ticks Laurel named it after her mother (and her daughter), but most of the recipes are her own. The sauces here are amazing, and the best part is that you can buy them by the jar. 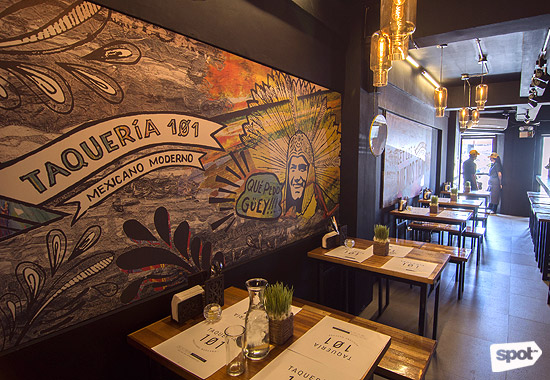 It's time for hard tacos to reclaim their place in taco lovers' hearts. Helmed by Chef Mikel Zaguirre of Locavore fame, this little taqueria is actually a family affair, with the chef's mom at the door and his dad helping out in the kitchen. The food is pure dripping with the chef's culinary style—not necessarily authentic but with honest-to-goodness good flavors. He uses only the best ingredients and his seemingly complex combinations (chipotle mayo, katsuboshi, and Parmesan, anyone?) are on point every time. 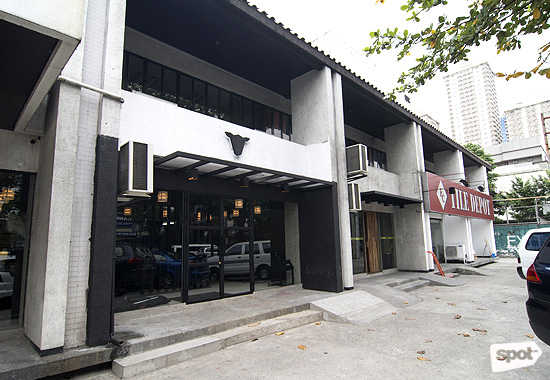 With Chef Patrick Go's intriging culinary style, we're definitely calling Black Sheep at Chino Roces a new restaurant. If you ever went to the old W Fifth location, then you'll notice that the Makati space is barely recognizable—save for the cool logo in front. This Black Sheep goes for approachable but still very—out-of-the-box. The short menu focuses on nostalgia with an inclination for modern Chinese. 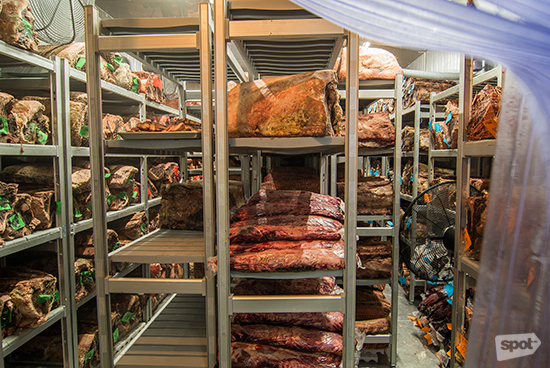 Wolfgang Zwiener took everything he learned from decades of working at Peter Luger Steakhouse to come up with his own version of a carnivore's haven. The local franchise of this noted chain flaunts a fancy chiller which was completed even before they constructed the restaurant. It houses their 28 dry-aged Black Angus beef imported from the U.S.! 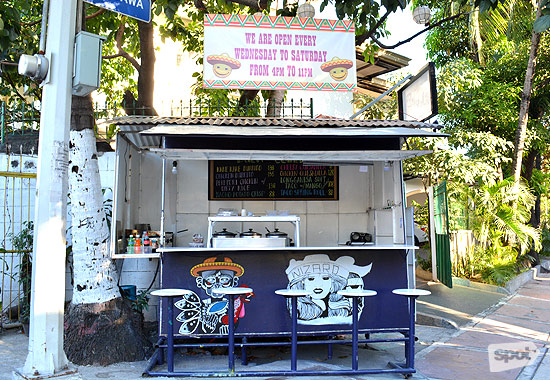 This Teachers Village find is more of a food cart than a restaurant. It's a sidewalk cantina with foldaway windows and the counter as a table. The culinary premise is Fil-Mex, but they have a daily special that allows the chef a little creative room (one time, they had pad thai). The menu may have only eight items, but they sure know how make it count. You'll have a tough time choosing from burritos, tacos, nachos, and quesadillas. Fortunately, the selection is small and affordable enough for you to try everything. 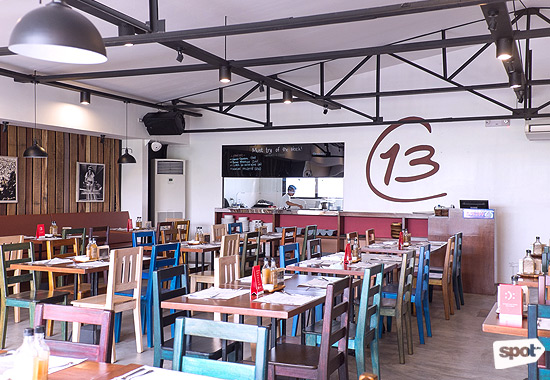 Pangako Sa 'Yo may be over, but diehard fans can still pretend they're eating Yna's cooking. Trust us, 13 Ubay looks and tastes better than what you see on television. The printing press-turned-restaurant is large and airy, perfect for any kind of diner and any kind of group. The menu is a hodgepodge of dishes that freely crosses cultures (imagine tripe fried with salt and pepper, Chinese-style).

13 Ubay Black Sheep Bread And Botany Buen Comer Chaplin Mama Rosa New Restaurants Royal Indian Curry House Shinsen Taqueria 101 Wolfgang's Steakhouse
Your Guide to Thriving in This Strange New World
Staying
In? What to watch, what to eat, and where to shop from home
OR
Heading
Out? What you need to know to stay safe when heading out