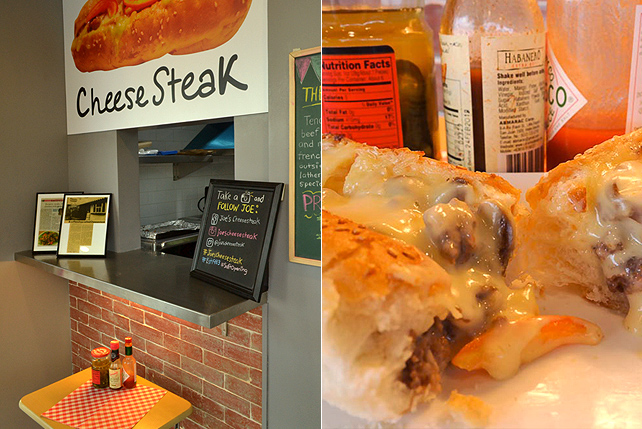 Time for a sandwich stop! 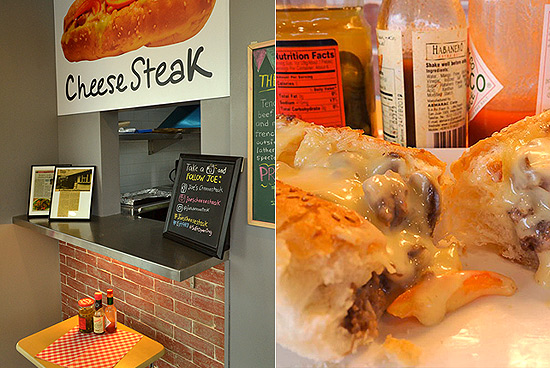 (SPOT.ph) In the 1980s, there was a café on Makati's Reposo Street called Cheesesteak, which served rice meals and drinks. The bestseller, however, was the eponymous Philadelphia sandwich and, at that time, everybody who loved food—from writers to what we now call "foodies"—raved about it. Chef Sandy Daza even described the cheesesteak as "unforgettable" in his daily newspaper column.

The café was a success, but owner Grace Magalona shut it down in 1997 to focus on raising her children. Almost two decades later, with free time on her hands, she re-opened the once popular cheesesteak place with a new name and in a new home. It's now Joe's Cheeseteak, named after her husband who used to crave it on a daily basis. 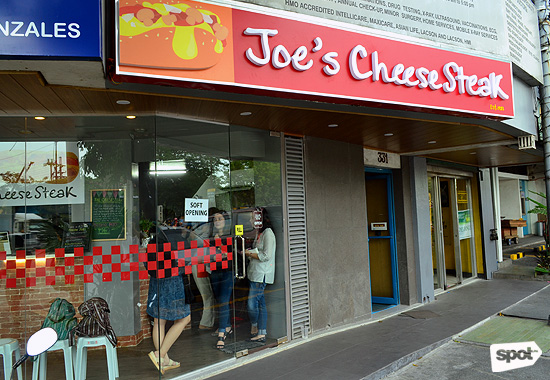 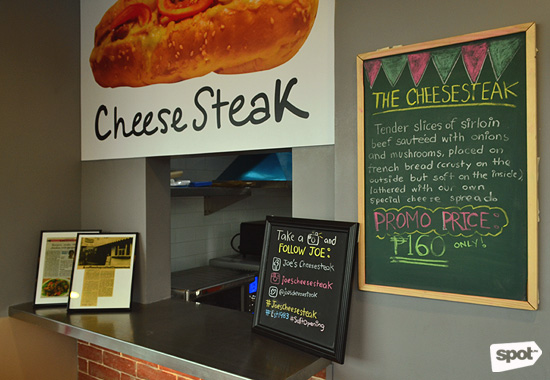 This is the restaurant. 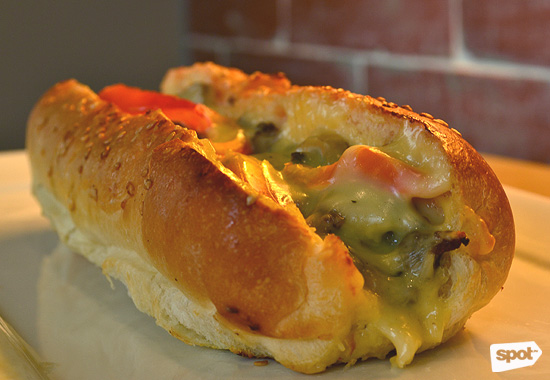 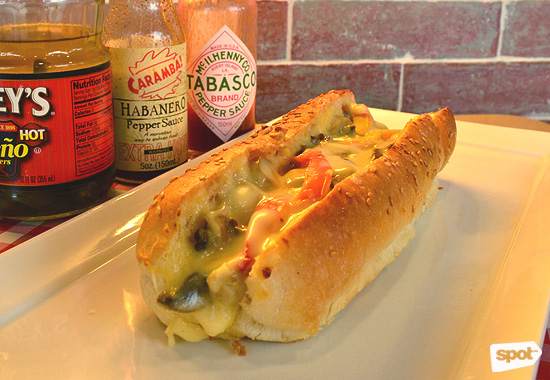 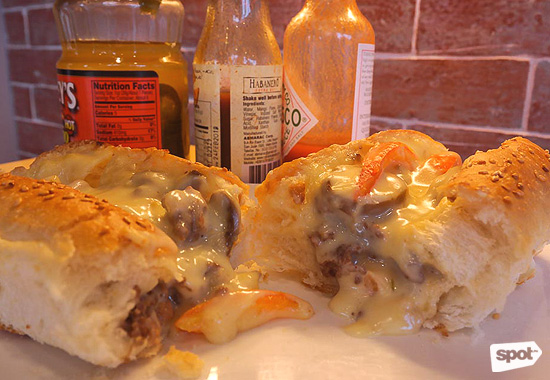 Appreciate it from all angles

Joe's Cheesesteak is a grab-and-go corner shop with one, single showpiece: the Cheesesteak (P180). It's quite simple or, rather, simply superb. Thin, tender, and succulent slices of sirloin beef are sautéed with onions and mushrooms. Then, they're stuffed inside a mini baguette that's crusty on the outside but soft on the inside. The final touch is to lather everything with a special spread until gooey cheese oozes out from the sides. To really replicate that Philadelphia food truck experience, the sandwich comes wrapped in foil. You can garnish it with hot sauce or jalapeños, but it's already great without the extras.

Grace is also planning to add drinks to the menu. Maybe something light, like a sweet and zesty citrus beverage.

Right now, Joe's Cheesesteak is already attracting a steady stream of regulars from students and residents on Katipunan Avenue. It won't be long till Grace's old followers come back for a bite of nostalgia.

Quezon City Cheesesteak Joe's Cheesesteaks Katipunan Sandwiches
Your Guide to Thriving in This Strange New World
Staying
In? What to watch, what to eat, and where to shop from home
OR
Heading
Out? What you need to know to stay safe when heading out