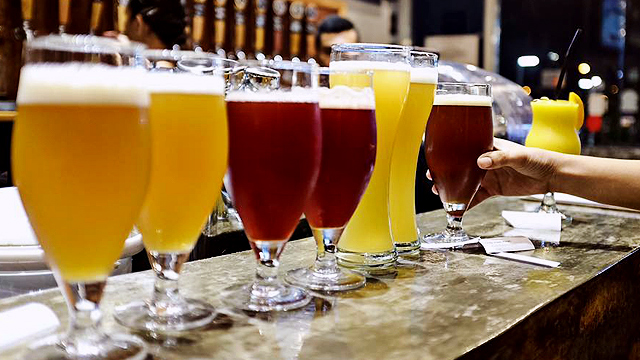 10 Places for Every Type of Drinker in Manila

Because there are different kinds of drunk. 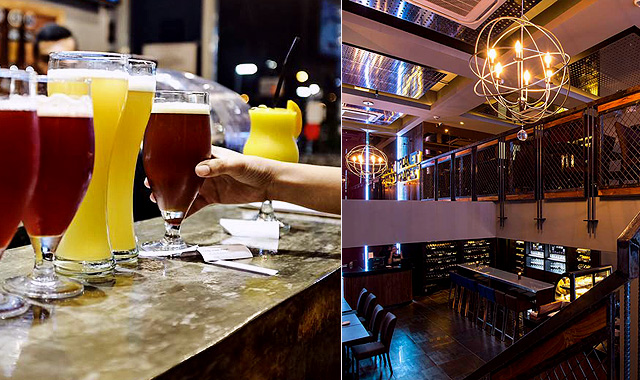 (SPOT.ph) Like tastes in food, different people also have different preferences for drinking. For starters, some prefer to drink beer while others would rather sip on some cocktails. Then there’s also the crowd. There are those who want to hang out with a big group of friends, while there are others who prefer smaller conversations. But whatever your drinking style is, there’s a place in Metro Manila for you.

Dubbed as the “home for sincere drinkers,” Fred’s is the place to go when you just want to talk about life over a bottle of beer. With its walls full of knick-knacks from all over the globe, there’s always something to talk about. It has a great selection of local craft beers plus a range of reasonably-priced cocktails, so expect a lengthy conversation while you’re there.

The Carnivore: Charlie’s Grind and Grill

Sure, Charlie’s is already a top choice when it comes to great burgers. But not a lot of people know about its good beer selection, which includes brews from craft brewers Pedro and Pivo Praha. This makes it perfect for those who are tired of the usual bar-chow medley of calamares and peanuts. 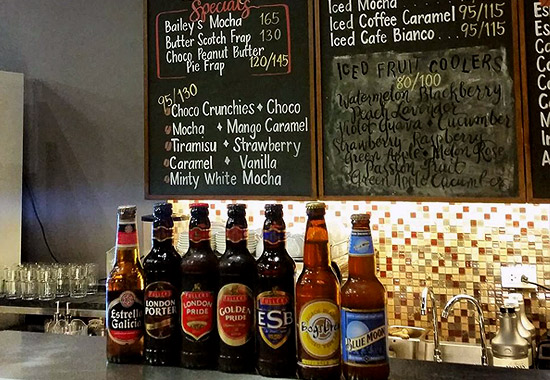 Okay, a café is not really where most people go when they need a drink. But other than serving up desserts, Cab Café also offers a selection of beer from local craft brewers such as Craftpoint and Bogs Brew. So if you’re one of the few odd people who want cake with their beer, then head over to this place for a drink or two. 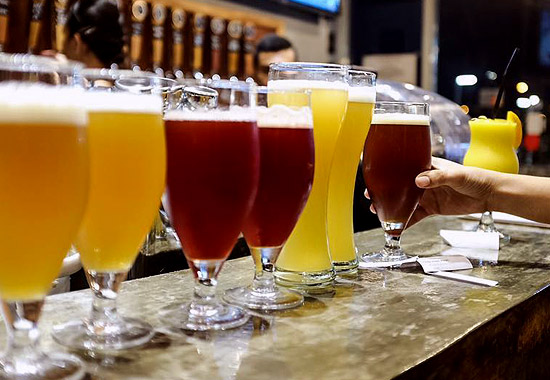 The Beer Beginner: The Perfect Pint

Can’t tell your Pilsner from your IPA? Then a trip to The Perfect Pint is for you. For starters, they have a handy drink flowchart printed on their placemat to help you choose the right drink. And then there’s their beer sampler, which offers four different kinds of beer in small glasses. 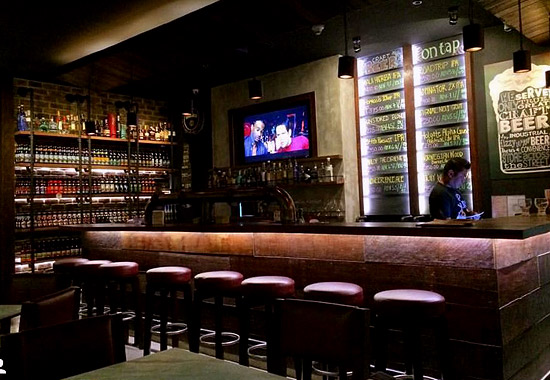 The Beer Connoisseur: The Bottle Shop

If you already have an in-depth knowledge of beers, then a trip to The Bottle Shop is in order. This bar boasts an extensive selection of alcohol, from imported and local craft beer on tap, to the occasional bottles of whiskey from Japan, Scotland, and the United States. 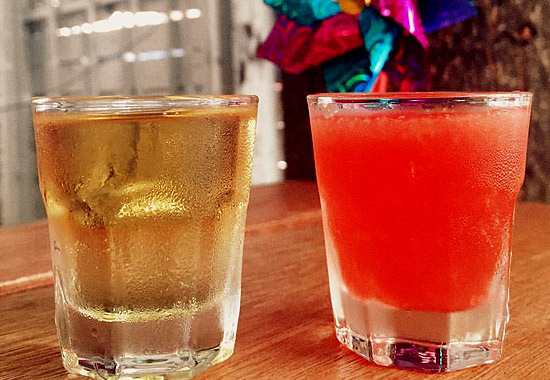 One of the pioneers of Maginhawa Street, Tomato Kick is the go-to beer place among the Katipunan and Diliman crowd. It's become a favorite for their affordable beer and mixes, as well as its selection of good food. At these prices (plus the occasional promo), it's no surprise that people usually drink here till the wee hours of the morning. 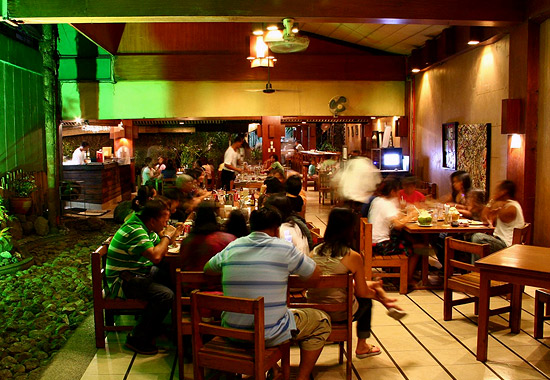 The Titos and Titas of Manila: Trellis

Established in the 1980s, Trellis is not just an institution; it’s also where many of our parents and their friends used to hang out. So don’t be surprised if some of them still go here every now and then to bond over a few bottles of beer. This restaurant is also credited for popularizing sisig in Manila—so yes, you have to make sure to try this specialty. 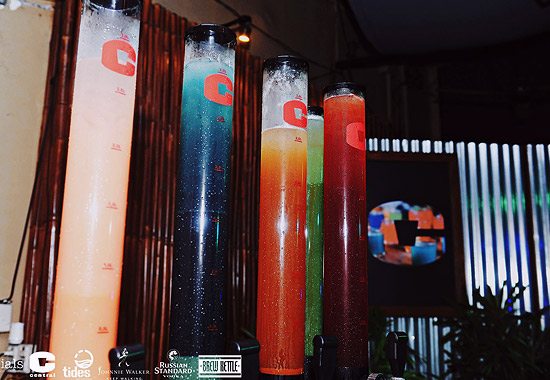 The Guy Who's Friends With Everyone: Central BBQ Boy Grill

If you want to get flat-out drunk with your friends, Central is the place. The place is known for having a range of cocktails and mixes at affordable prices. And if ever you end up here on your birthday, let the servers know—they’ll prepare a surprise for you. 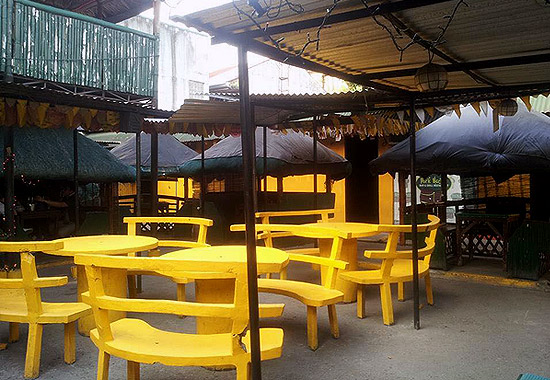 At first glance, the place looks like your typical beer garden. And to some extent it still feels like that, with its basic garden-style setup outdoors and simple indoor videoke rooms. But if all you need is a rip-roaring time singing your heart out with your friends, then a few hours at Pork Barrel is what you need. While it may just offer the usual beers, their pork dishes are a favorite. 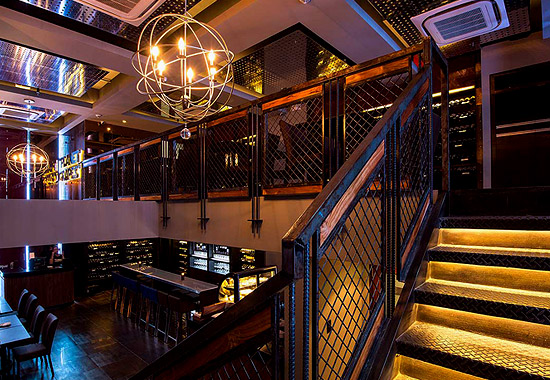 Prefer drinking wine over beer and hard liquor? Or want to expand your knowledge of wines? Then Planet Grapes is your best choice. Other than offering a great selection of wines, this restaurant pairs them with unique takes on Filipino food. This is all to show that drinking wine is not only a high-end affair.