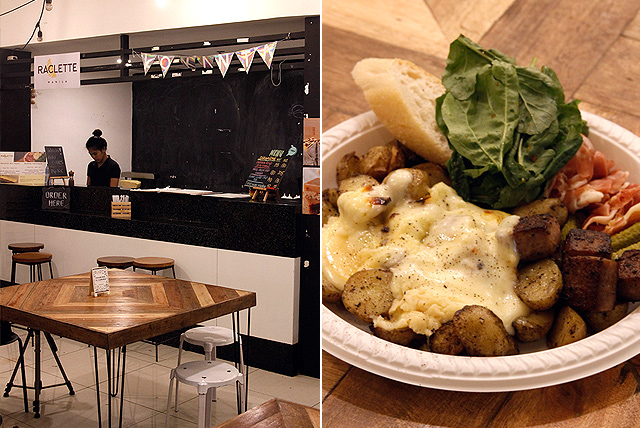 This cheese scraper pop-up will get you excited for raclette

Raclette Manila is the stuff of dreams.

(SPOT.ph) You walk into POP Kitchen and the only indication you’re in the right place is the delicious scent of melted cheese. Raclette Manila is on the far left; a narrow space that could fit only about three to five people behind the counter, but that doesn’t stop them from accommodating the crowds they routinely attract. 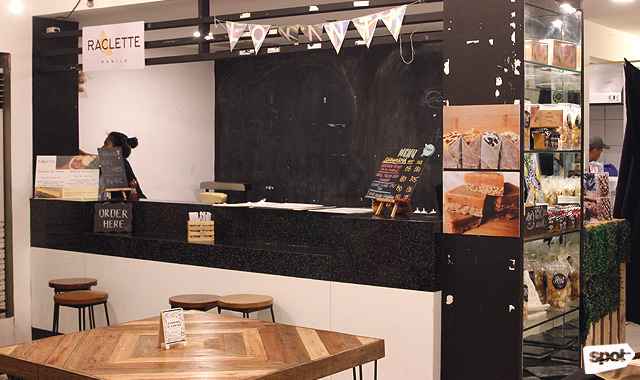 “My best friend kept raving about this place in London that scrapes raclette,” says owner Rissa Silva, a self-proclaimed cheese lover. “When I went to New York, I found a similar place, and thought of bringing the idea to Manila.” Cheese scraping is a relatively new trend in Manila, so Rissa decided to introduce it to Filipinos. “The videos went viral!” she adds with obvious glee.

This isn’t her first venture into the food industry. Before Raclette Manila, Rissa was selling Wagyu beef skewers in bazaars through another pop-up, Gyu Cubes. “I’ve always been adventurous when it comes to starting businesses, especially when I see potential in it.” 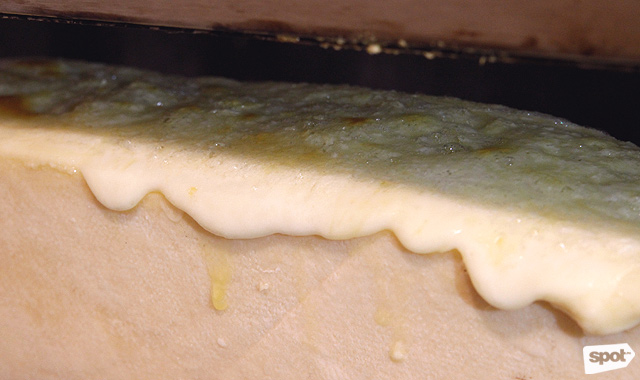 The raclette takes only two to three minutes to melt.

The process was quick and took only a few months. They started looking for suppliers, sourcing only the best materials and less costly ingredients without sacrificing quality. The melter was shipped straight from Switzerland, and the raclette cheese is ordered from the United States. 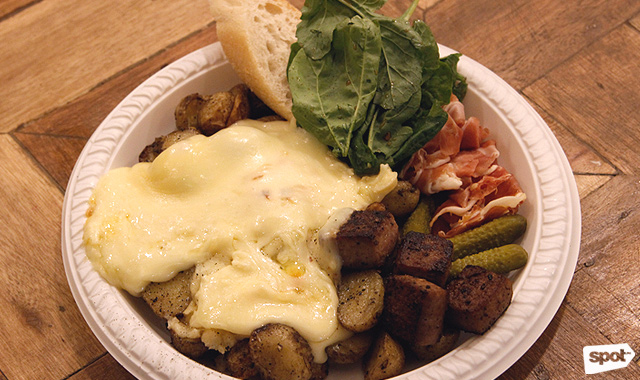 Currently, there are only two items on Raclette Manila’s menu: the Raclette Charcuterie (P205/small, P395/large) and the Raclette ala Patate (P175/small, P325/large). The former is a glorious plate of marbled potatoes, prosciutto di Parma, arugula salad, and sliced baguette, garnished with tart yet mildly sweet cornichons. The latter, while not as loaded, is still a filling meal on its own with generous helpings of boiled potatoes and pickled cucumbers. Both dishes are delivered to your table, delighting you with a delicious show of melted raclette Alpine cheese lavishly scraped onto your plate. 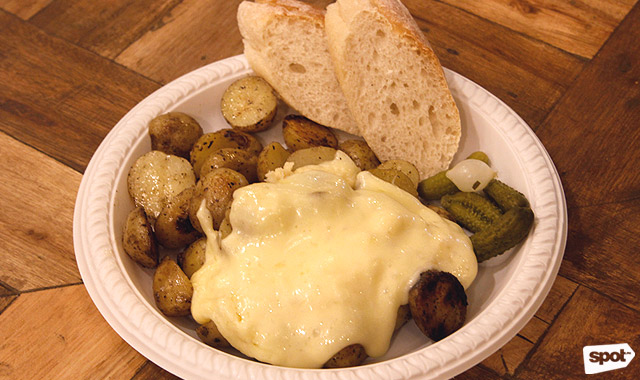 Initially, Rissa’s plan was to launch the brand and focus on getting invited to private events. Right now, the invitations and proposals are already pouring in, but they want to make sure that they’re doing everything right first before expanding, hopefully adding more items to their menu soon. “Baby steps,” she smilingly says. “We’ll get there in time.”

Raclette Manila will be at POP Kitchen by Retail Lab until October 31.

City Guide Metro Manila News Cheese Scraping Powerplant Mall Raclette Manila
Your Guide to Thriving in This Strange New World
Staying
In? What to watch, what to eat, and where to shop from home
OR
Heading
Out? What you need to know to stay safe when heading out