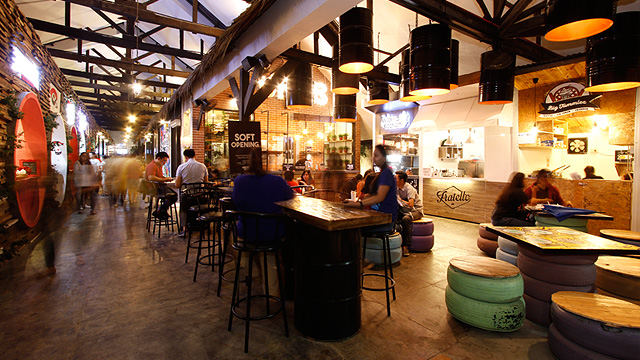 The Food Parks You Need to Try Right Now

The buzziest food parks in Metro Manila. Plus: Here's what's opening in 2017! 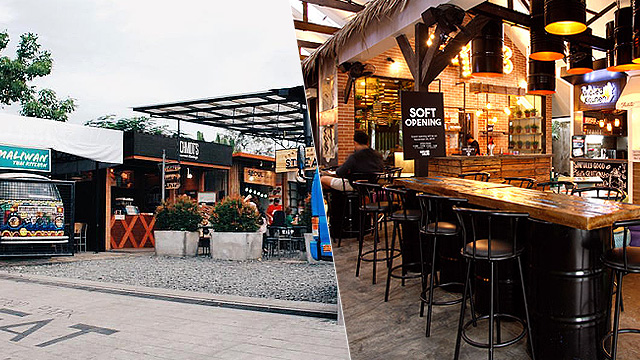 (SPOT.ph) It was the year of food parks. More and more of this new type of food destination cropped up all over the Metro throughout 2016, promising a variety of quick eats conveniently housed in one place, most with an Instagram-worthy setting to boot. If you find that you can't keep up with what's new and what's opening soon, we're here to help you out! Read on as we round up some of the hippest food parks in the Metro, plus new ones to watch for next year. 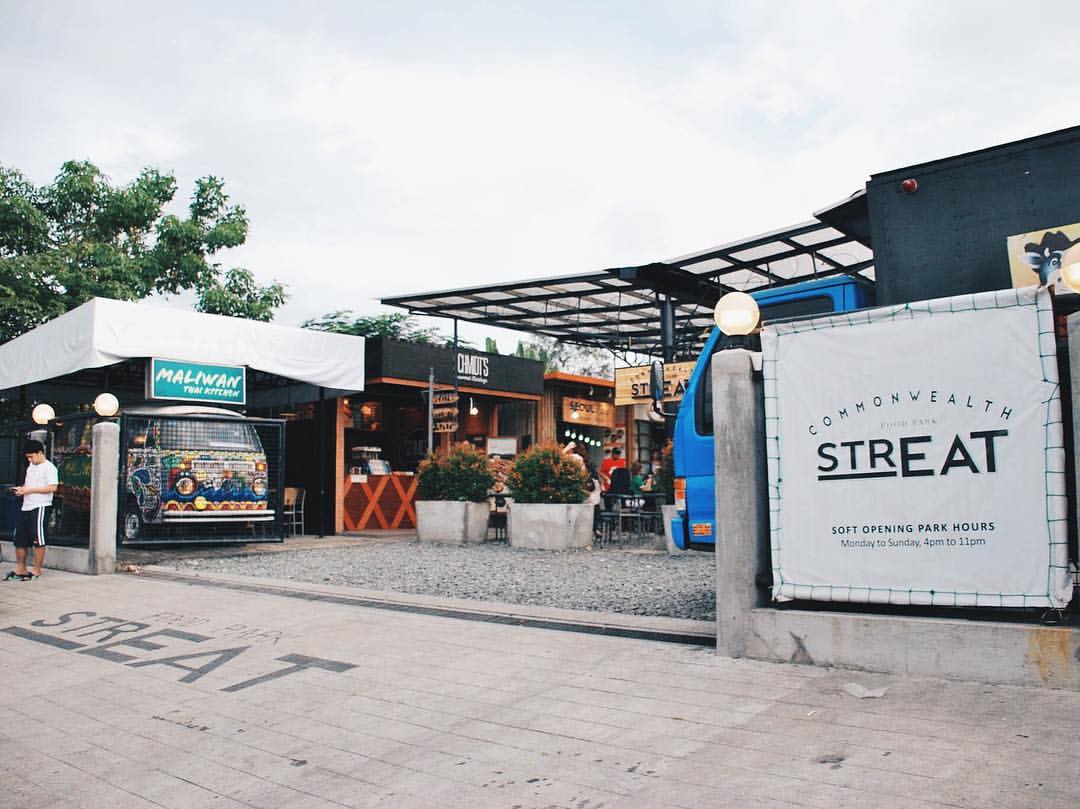 The famous Maginhawa food destination opened a second branch early this year in Commonwealth, Quezon City. While the new branch has a relaxed and eclectic vibe similar to the first, StrEAT Commonwealth has an entirely different food lineup, with Thai, Japanese, Mexican, Korean, plus many other kinds of cuisine to choose from. StrEAT Commonwealth also hosts regular gigs and open mic sessions. 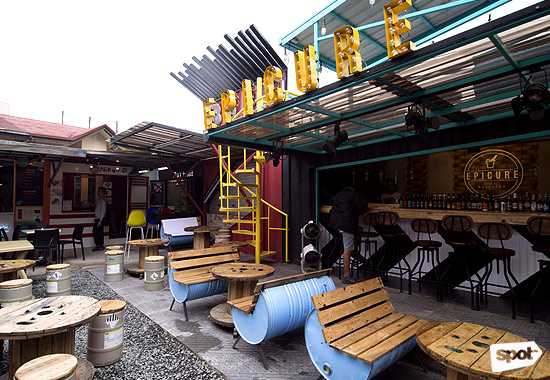 With 30 tenants serving food from all over the globe, The Yard along Xavierville Avenue in Quezon City is a certified crowd-pleaser. The park was the first to have a multi-level hangout in Metro Manila, to give more space not just to their food stalls but also to groups of families and friends who want to enjoy the affordable grub and no-fuss, chill atmosphere. The Yard also regularly hosts regular performances by budding performers, artists, and DJs.

Must-try stalls: The Chippery Fish and Chip Bar, All About Fry Day, Smoke and Barrel

The Yard is at 83 Xavierville Avenue, Loyola Heights, Quezon City. 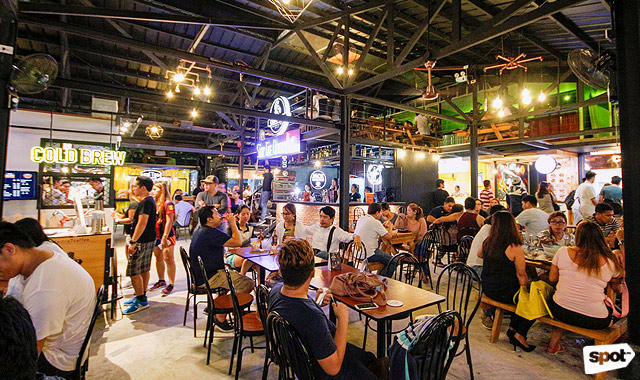 This food park is definitely IG-famous, and it's easy to see why. The Copuyoc family envisioned Crave Park as the place where you can enjoy good food with art, so they commissioned several local artists like Eggfiasco, Kookoo Ramos, and Distort to create the eye-catching murals that currently decorate the food park. Crave Park houses 25 food stalls, seven of which are located in their new second floor area, the Cravers Deck. 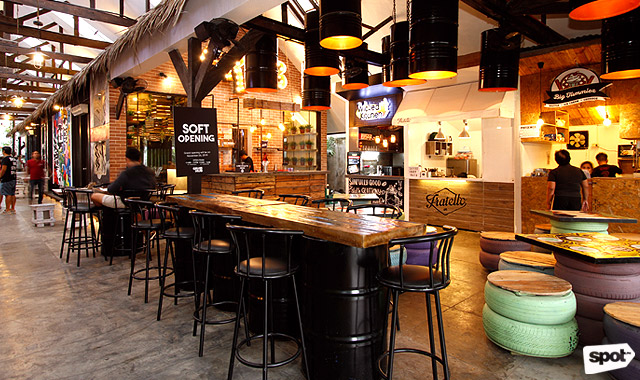 This sprawling food park along Visayas Avenue in Quezon City just opened in early December but the crowds haven’t stopped coming since. Owned by siblings Jamo Baron and Mika Baron Ong, Grub Hub has three dining areas, each with their own theme: the Junkyard, which is furnished using recycled materials, the Greenhouse, the air-conditioned dining area with an indoor garden vibe, and the Hippieyard, which Jamo describes as having a “hippy trippy feel,” with nipa huts and huge colorful lanterns, plus a space for budding young artists and performers to showcase their talent. Currently, there are 17 stalls to choose from, housed in Lord of the Rings-inspired stalls called The Hobbit Hall. 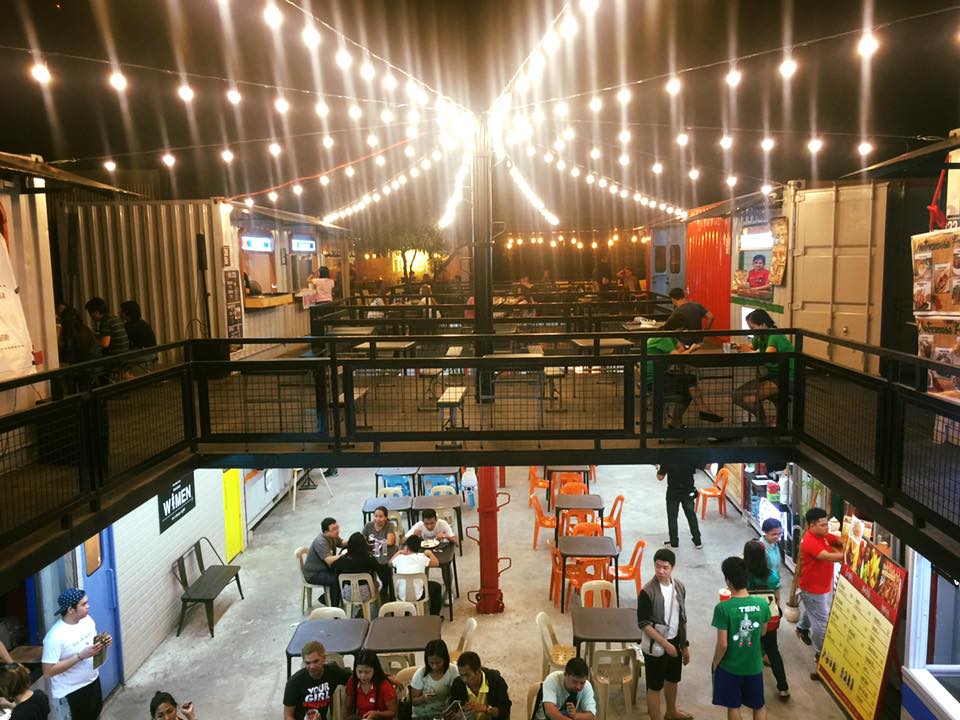 Located along Mindanao Avenue in Quezon City, The Vibe promises "flavors of the world," with stalls offering cuisines from Vietnam, Hong Kong, Mexico, Germany, and many more. Food stalls are housed in subway-inspired booths called stations, and the fairy lights hanging overhead add to the relaxed ambiance of the place. The Vibe also has a KTV booth!

The Vibe is at 9 Mindanao Avenue, Tandang Sora, Quezon City. 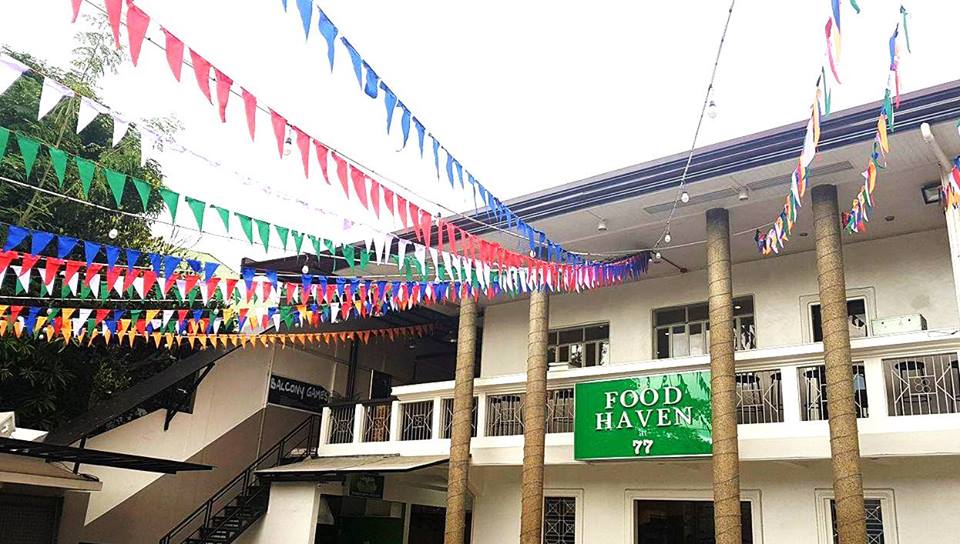 Kapitolyo is quickly becoming a go-to destination for foodies, with new restaurants and food concepts cropping up all over the area, so it was only a matter of time before a food park also joined the fray. Food Haven at 77 along East Capitol Drive is an indoor food park that boasts 22 food stalls, serving everything from local comfort food to international cuisine. The stalls are located inside a multi-level air-conditioned complex, with areas for al-fresco dining as well. 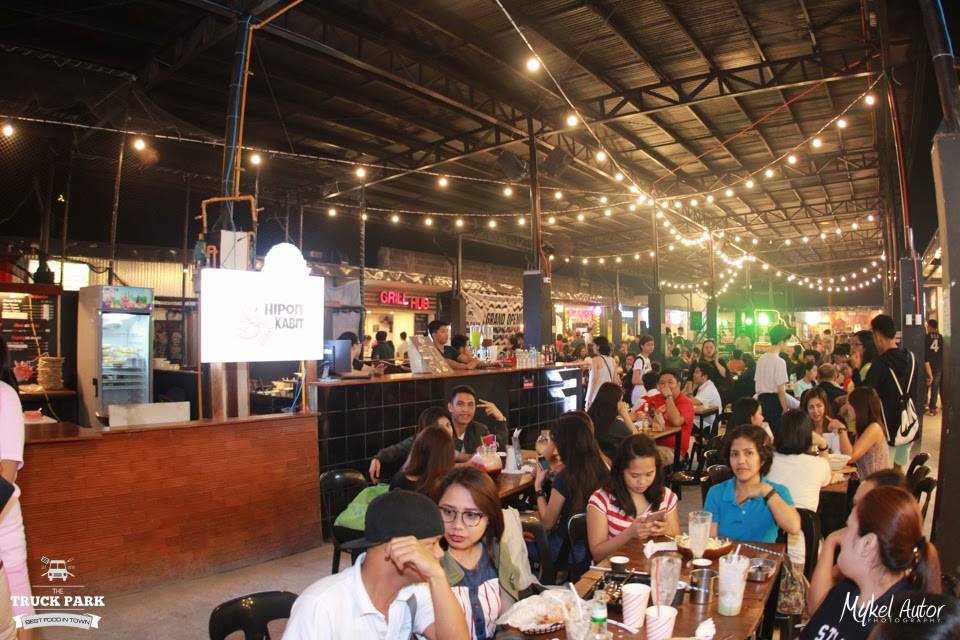 The Truck Park is currently Marikina’s largest food park, with 16 food stalls enclosed in an industrial-themed complex. This food park stands out as the first to introduce a cashless system of paying—a deposit fee of P50 will get you a card that you then load up with as much cash as you can spend, then tap as you order. How convenient is that? (Note that the P50 deposit fee is refundable upon surrendering the card). Aside from the food park staples of Japanese and Mexican grub as well as wings, The Truck Park also houses a food stall that offers cheese scraping—so you know your next food destination now, cheese lovers.

The Truck Park is at 8 Mayor Gil Fernando, Marikina City. 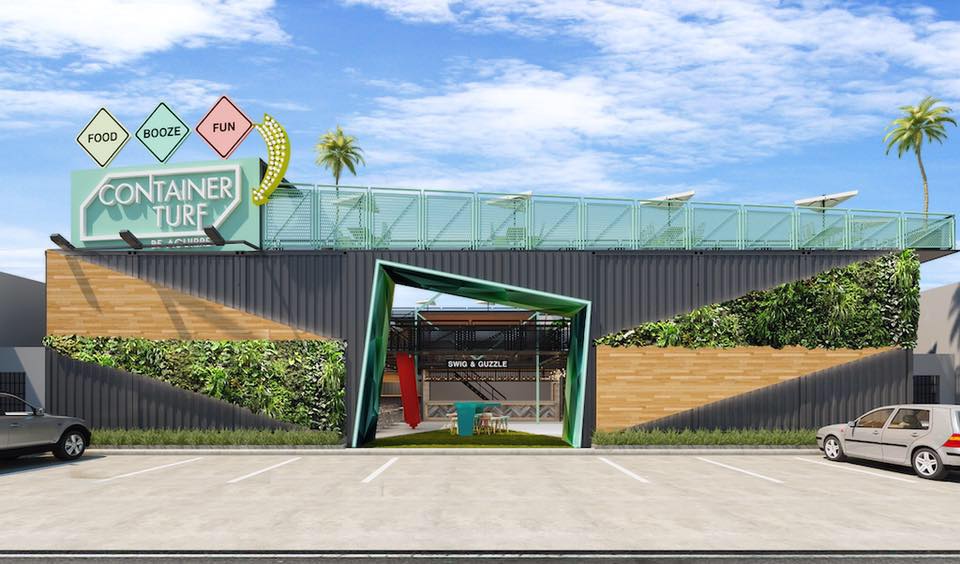 South folks, if you’re feeling a little left out with all the food parks opening up North, don’t fret because a new food destination is coming your way in 2017. Container Turf is set to open along Aguirre Avenue in Parañaque City with an extensive open-air complex that also features a deck area. With the promise of good food (raclette cheese and longganisa burgers, anyone?), double-tap worthy murals, and high-speed WiFi, South foodies have a lot to look forward to next year.

After the massive success of The Yard in Xavierville, Quezon City, we’re definitely not surprised to find out that the folks behind the food park are opening another branch, this time in Pasig. While carrying the same name, The Yard Underground differs in concept, featuring subway-inspired interiors and booths. We’re definitely excited to get on this food train. (For fans of The Lost Bread’s crazy milkshakes, the Maginhawa favorite is also opening a stall here soon!)

The Yard Underground will open at Christian Route, Pasig City.

North Hive Food Park and Bazaar sets itself apart from other parks by housing not just food stalls but also a weekend bazaar where you can score the latest fashion and art finds. Aside from the bazaar, indoor and al-fresco dining areas, North Hive will also feature a treehouse bar and the Sunken Garden, which is an old pool that's been converted into a unique dining area. The bazaar is already open while the food park has its tentative opening date set on March or April 2017.