These dishes will keep you on the good side of 2017 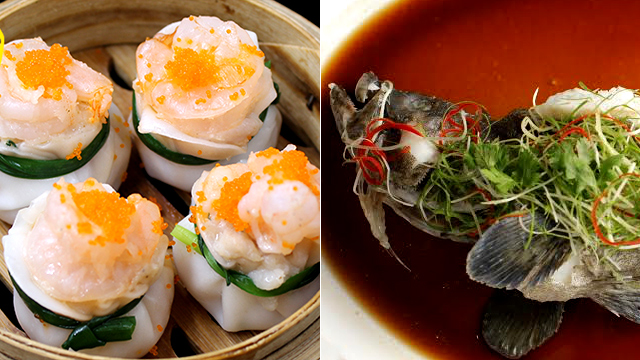 (SPOT.ph) The yuletide season has long bid farewell, but as far as we’re concerned, the festivities are far from over. Lo and behold, it’s that time of the year when a significant percentage of the world’s population are in high spirits. And the bustling Metro that we live in joins in on the celebration with much gusto. If you want to celebrate too (just for the heck of it, because why not?) you’re in luck because we’ve rounded up a list of lucky dishes that will surely bode well for you in the year of the fire rooster! 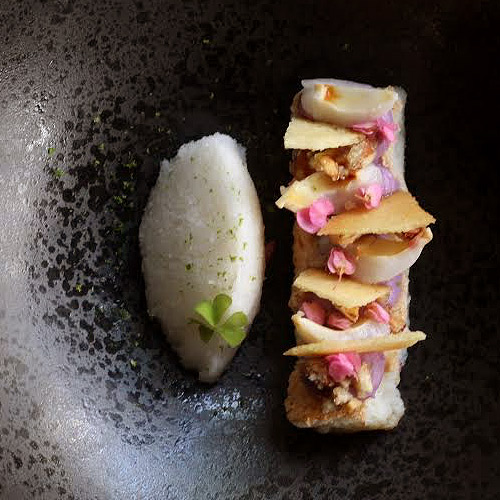 Round fruits are believed to attract wealth to the household. Black Sheep takes this sentiment up a notch and even makes it a point to use Filipino elements to form a concoction worthy of applause. “One of the lucky fruits this year according to the Chinese calendar is lychee, which also plays a big part in Chinese cuisine. This dish is our play on buko and lychee flavors, both also round fruits,” says Head Chef Patrick Go about his exclusive Chinese New Year creation. We love that our beloved ube manages to make an appearance in the mouthwatering dessert as well. 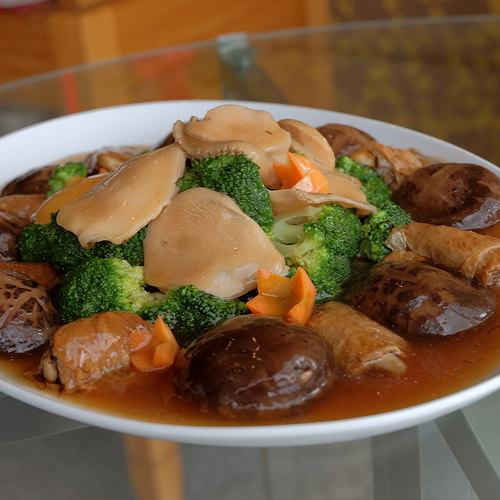 Ever since China Blue’s introduction to the colorful roster of world-class restaurants in the Metro last year, they have always been consistent in introducing new Chinese flavors to our palates and redefining the ones we have grown to love. Ringing in the new lunar year is no different. For instance, their braised abalone, dried oysters, and sea cucumber should be the dish to start off your festivities. Not only is it good for your taste buds, the dish’s elements combined will usher in success for business and financial prosperity too. So dig in! 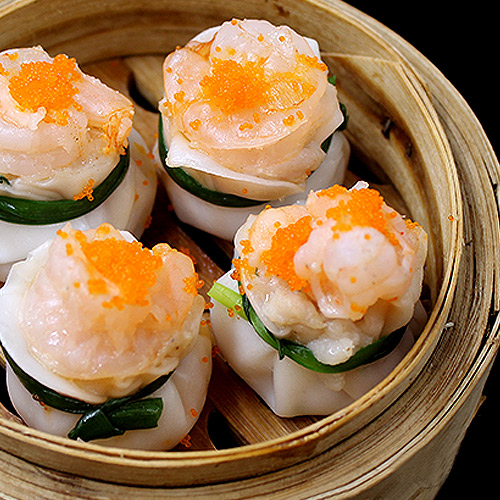 King Chef is the type of diner that draws long queues and die-hard fans at any time of day. And for good reason too, as their Cantonese cuisine is spot-on. Case in point, the plethora of dim sum selections they have on hand. This lunar year, the hit restaurant serves new offerings, like the King Prawns Siomai. Make sure to have your fill while it’s on special promo. Not only is dim sum a staple on every Chinese New Year table, prawns are believed to symbolize liveliness as well, definitely much needed for an exciting 2017 ahead. 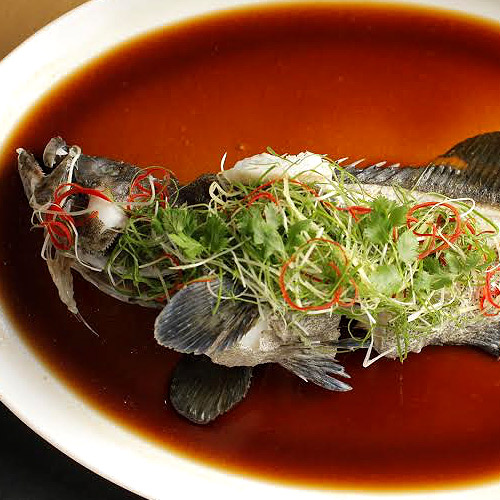 A common belief for the Chinese is that fish must be served during the 16-day festival season. After all, it symbolizes an increase in prosperity. Luckily for us, the newly opened Canton Road at Shangri-La at the Fort got the memo and does so with much flair. Think food that is bold yet familiar. They’ve done it again with their delectable Green Garoupa with Scallion Ginger Sauce offering which is part of their exceptional Seasons menu. 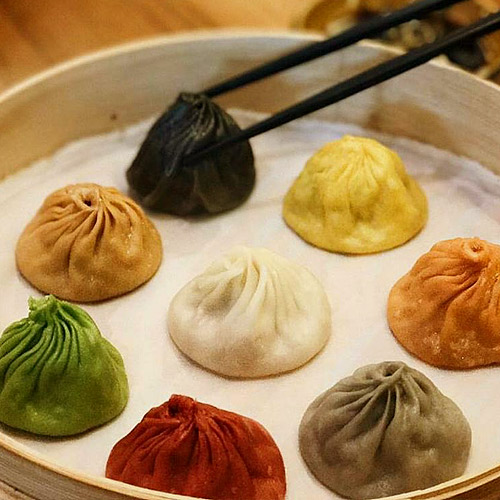 Xiao long bao is the stuff of legend and so is Paradise Dynasty’s colorful eight-flavored morsels enclosed in a steaming basket. The diner’s version of the classic Chinese dish have captured many hearts (and Instagram likes) since it came to our shores. What’s not to love about the variety of flavors mysteriously encased in each soup-filled dumpling? You can get eight unique bursts of truffle, foie gras, ginseng, garlic, crab roe, cheese and many more. Legend has it that the more dumplings you devour, the more money will come your way—which means we have a valid excuse to shamelessly feast on some good old xiao long bao. 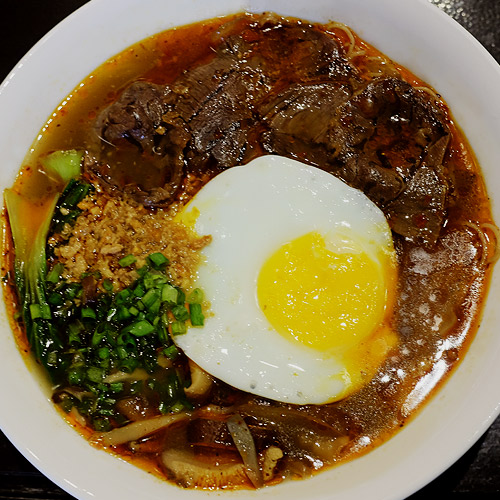 The food here speaks for itself. Considering the quick turnover of hole-in-the-wall restaurants along the bustling Maginhawa strip, Caution Hot! has stood its ground thanks to its Chinese noodles have never been this hot promise (exclaimed and in all caps). Try out their hearty bowl of signature Szechuan beef-egg noodles combo on the eve of CNY to attract happiness and long life. 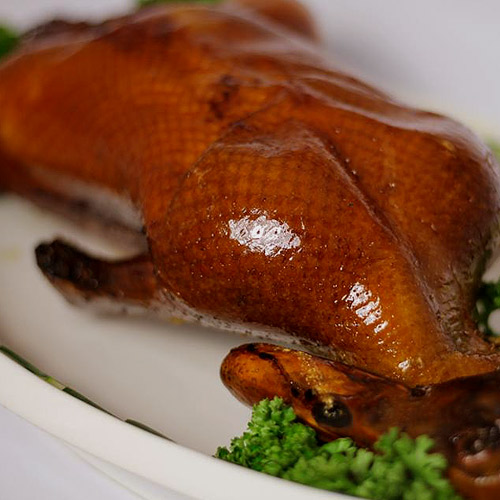 When in doubt, look no further than a good roasted Peking duck as your main dish for those CNY feasts. Choi Garden has an amazing value-for-money take on the cherished traditional fare. This is the perfect meal to binge on if you’re in the pursuit of happiness this year. Holding out for lady luck has never been this delightful. 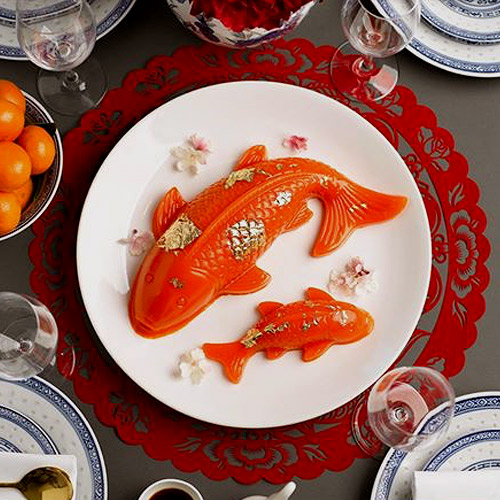 The glutinous rice cake has made its presence felt in every lunar year celebration. Heralding the era of the fire rooster shouldn’t be an exception, as it is known to symbolize a higher income or promotion for you in the months to come. Also known as nian gao, the Chinese believe that the rice cake generally implies a rise in all aspects of your life. Auspicious tidings await with Crystal Jade’s sweet treat that comes in an elegant package. 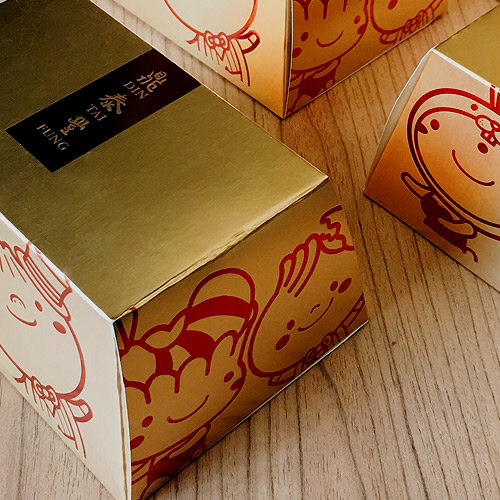 It’s no secret that we lost our chill when this five-time Michelin star recipient, renowned all over the world, was brought to our shores by The Moment Group. Known for their happy concept, the star of their menu is the XLB but this Chinese New Year, allow your taste buds to explore the wonders of their tikoy. Not only is it packaged in a golden bar, you’ll also feel less of the guilt munching on these because they've got no preservatives and less sugar. Go on and celebrate and share the promise of a prosperous 2017 in peace. 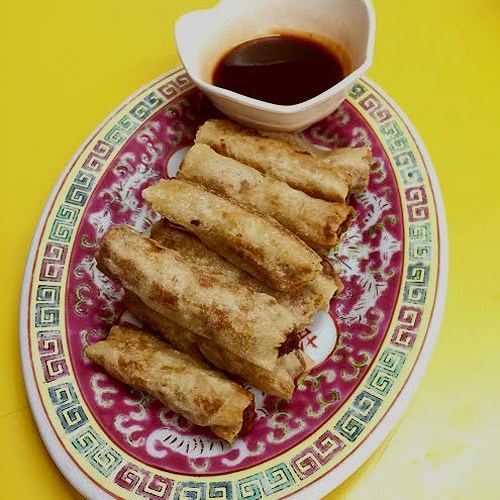 The humble shop had its beginnings in Binondo and made a name out of its gorgeous, habit-forming fried chicken. It’s amazing that it's been 60 years since they’ve set up shop, but have one meal and you'll see why. So, have a go at their honest-to-goodness spring rolls. Resembling gold bouillons from the olden times, these tasties symbolize wealth.