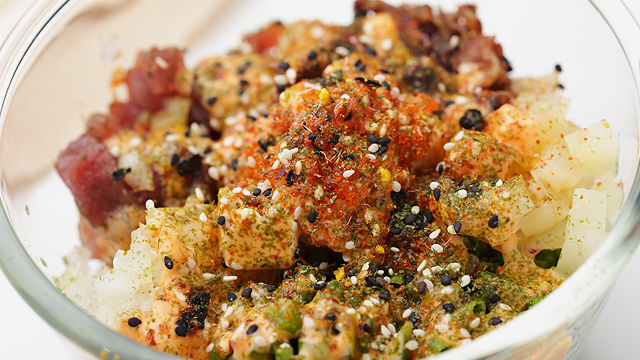 Poke Party: 10 Places to Get Poke Bowls in Manila 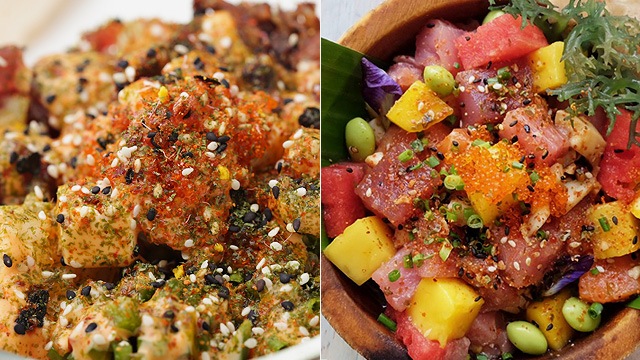 (SPOT.ph) Filipinos love seafood and rice, so it’s no surprise that poke bowls have become a hit, with more and more restaurants creating their own version of the Hawaiian staple. We round up places where you can have poke bowls in Metro Manila, from the classic to the wildly imaginative. 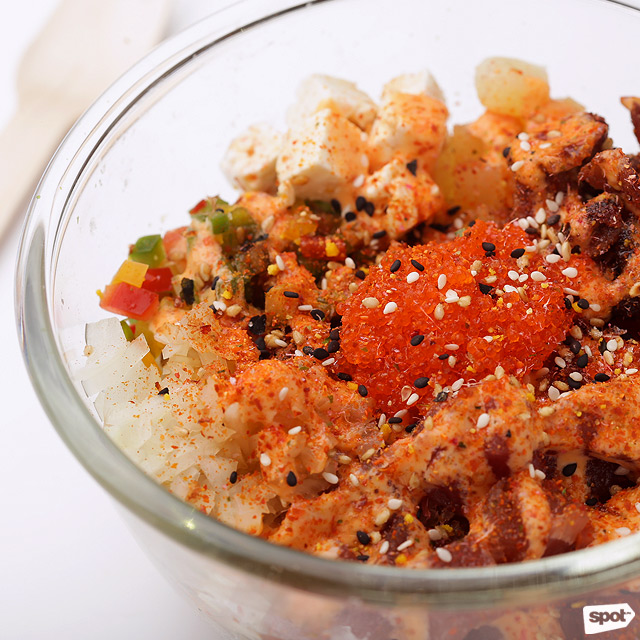 With Chef Kel Zaguirre behind the menu, you can’t expect the usual poke bowls at Poke Poke. While the menu allows you to make your own bowls, don’t miss out on their Signatures—the For The Rich Only pushes the boundaries of what a true poke bowl should be, but we're sure you wouldn’t mind much as you stuff yourself with steak cubes, crispy bacon, fish roe, and white rice seasoned with a dash of truffle oil. 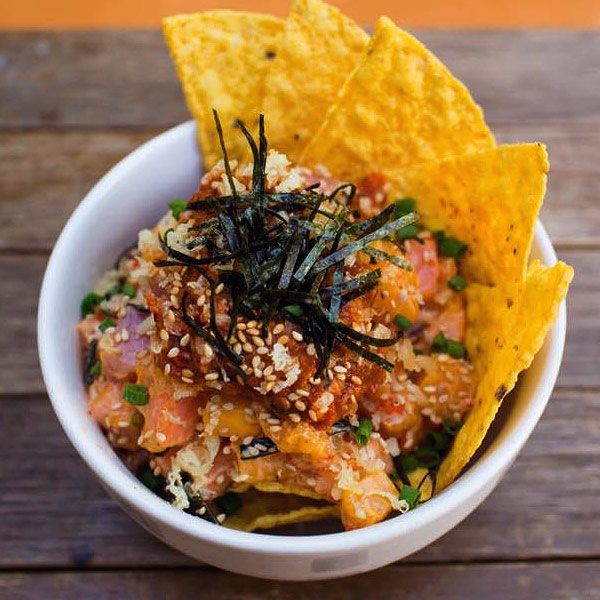 While many poke bowl places have cropped up all over the Metro, DIY Poke holds the distinction as the first to offer build-your-own poke bowls. We’re surprised no one thought of it sooner, when a bowl of white rice is the perfect canvas for delicious things. If you’d rather have something lighter, you can opt to have salad greens or corn chips as your base for their array of savory seafood, sauces, and toppings. 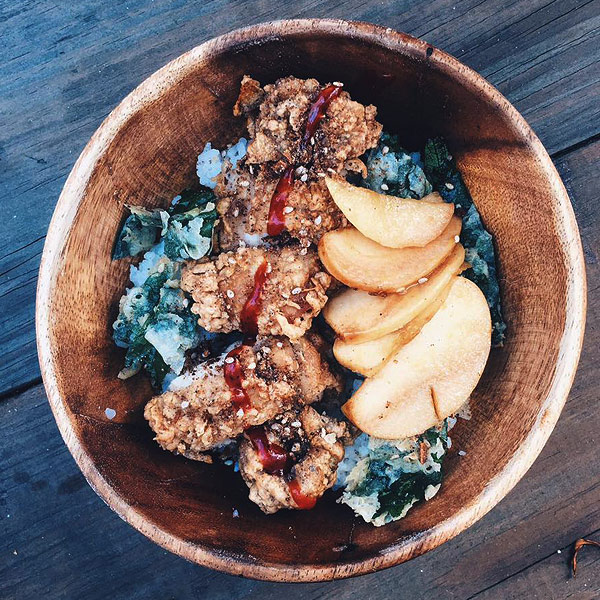 Dining at Ahi Hawaii feels like eating by a beach in Honolulu, with their calming pastel-colored interiors and surfboards lying around. The poke bowls here are just as colorful and Instagram-worthy and packed with lots of fresh flavor from tuna, salmon, tamago, and more. Don’t forget to grab some Malasadas, or fried Portuguese donuts brushed with cinnamon sugar and stuffed with fruit jam. 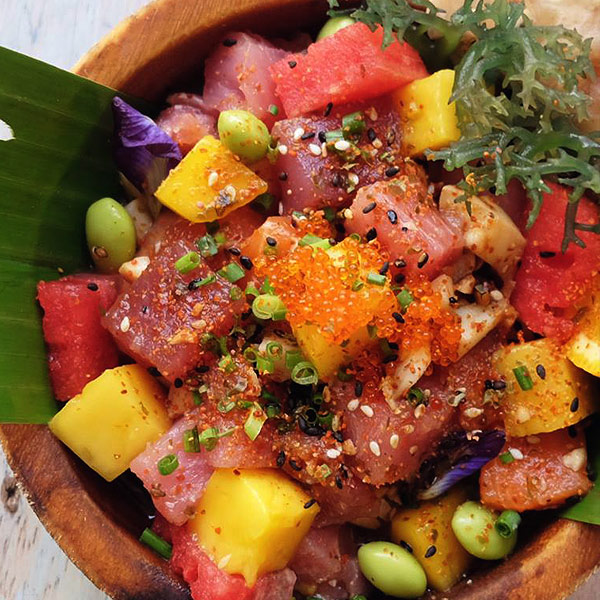 Before poke bowls became a food trend, Johnny Kahuku was around with Hawaiian-inspired cuisine in a food scene that was sorely lacking in it. Of course, they also offer an extensive menu of poke bowls. If you’re pretty indecisive when it comes to choosing what to eat (we feel you!), you can try out variants (Salmon Ahi, Tuna, and Tropical) in the Poke Sampler. 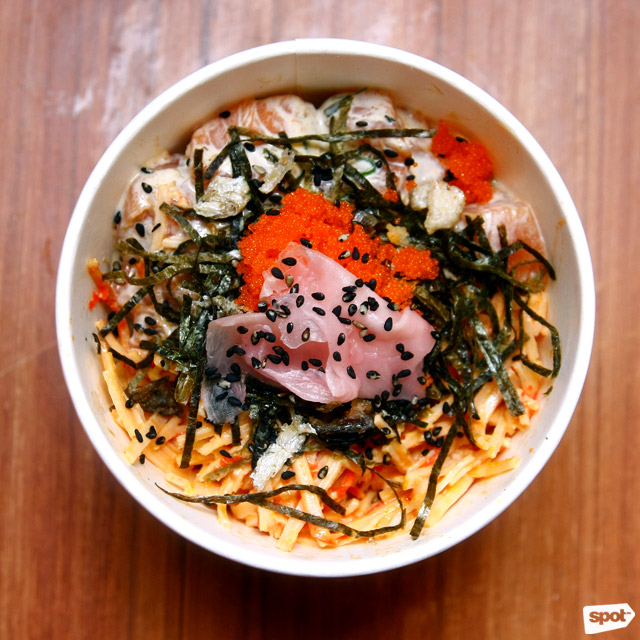 With food parks currently invading the Metro, it was only a matter of time before the poke bowl trend hit that scene. Ono in The Yard Underground specializes in poke bowls, offering both premade mixes and build-your-own bowls. A must-try is the Shoyu Tuna Bowl, with fresh buttery tuna and mildly sweet shoyu. 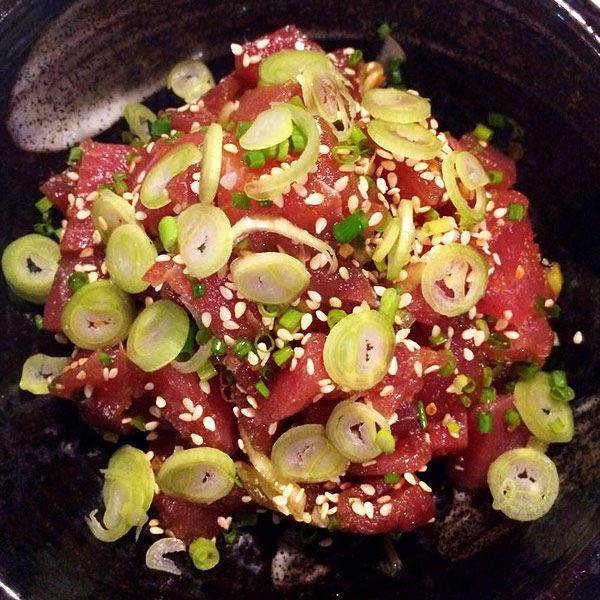 Aside from its delicious fusion sushi, Sushi Ninja also offers poke bowls. If you love customized meals then you will enjoy their extensive range of add-ons, from Japanese mayo and hoisin sauce to ebiko, furikake, and ebi salad. There’s no right or wrong combination here as the fresh base of tuna, salmon, or a mix of both, ensures that any topping you end up choosing works. 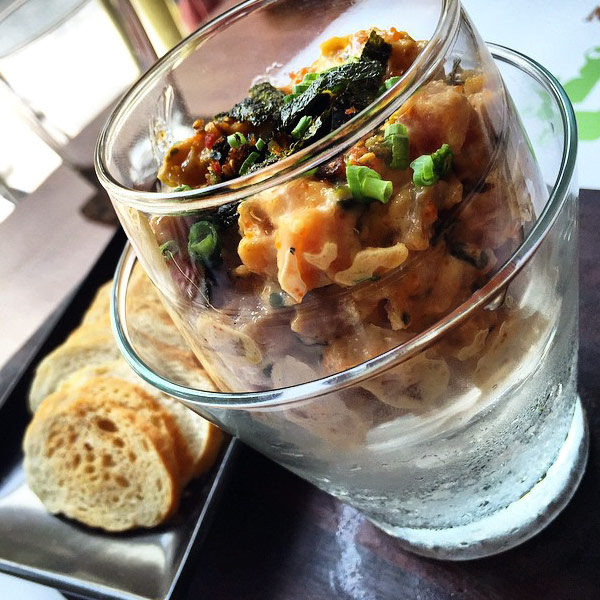 Offering a mix of Filipino, American, Japanese, Italian, and more, Mesclun Restaurant & Café is a restaurant that covers plenty of your favorites. They also offer poke, and the Andre’s Poke may not be what you'd expect after the usual rice-based variants, but do give this tasty version a chance. Similar to a ceviche, the fresh tuna is mixed with soy sesame dressing and sriracha mayonnaise for a delicious nutty flavor with a spicy kick, which is then served with house-baked crostini.

The Wholesome Table regularly updates their menu with new dishes, and one of the latest items to join their roster is the Salmon Poke Bowl. It's made with raw, wild salmon, fresh wakame (a type of seaweed), ebiko, furikake, togarashi spice, Japanese mayonnaise, and pickled ginger, all set on top of brown rice. There's a vegan version available, too! 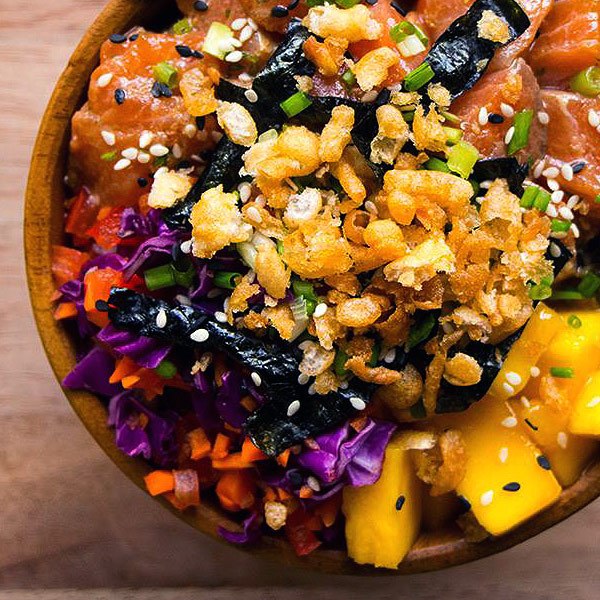 Kapoke adds their own spin to poke bowls by offering their toppings of salmon or tuna, vegetables, and more on top of flavored rice. Their sauces are quite novel too: from the mildly spicy shoyu-based Fuji to the peanut butter infused Kapoke, there’s something for everyone. Currently Kapoke is only available at the Legaspi Sunday Market plus various food bazaars, but here’s hoping they open a permanent shop soon! 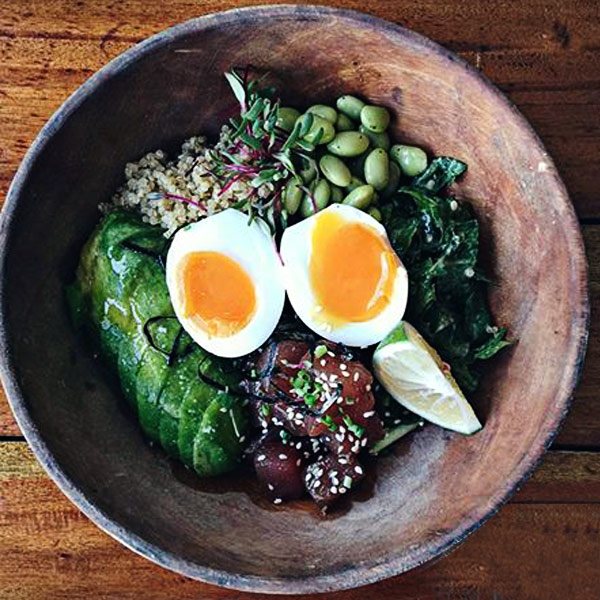 While the poke bowl is already a fresh and healthy meal in itself, Green Pastures makes it heartier by replacing rice with quinoa and adding kale to tuna, avocado, edamame, and nori. There’s a soft-boiled five-minute duck egg, too, to balance things out and a dash of sesame ginger lime dressing finishes the dish.