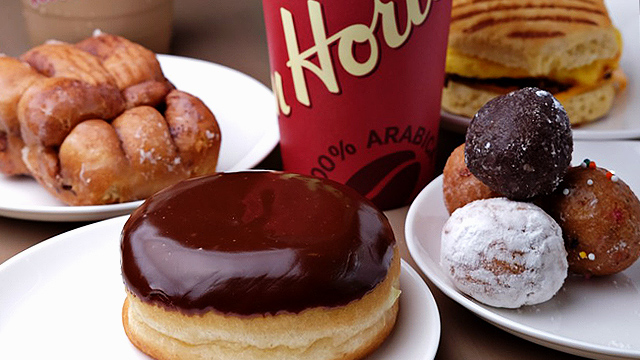 The Canadian favorite offers their classics in its first Southeast Asian branch. 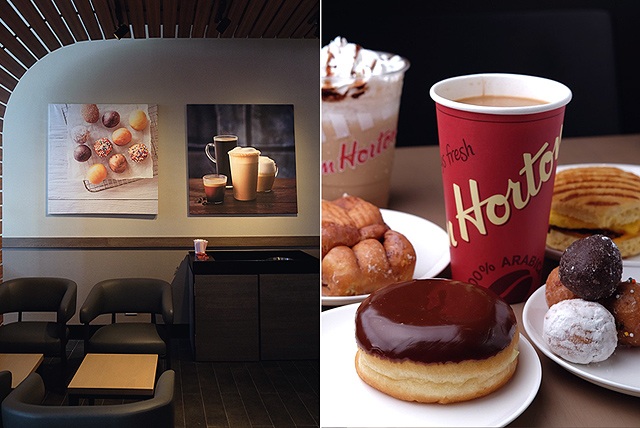 (SPOT.ph) Want to have a cup of Double-Double? If you have no idea what we’re talking about, you’ll get your answers soon enough because after months of anticipation, Tim Hortons is finally opening their first branch in the Philippines—the first in Southeast Asia, too. 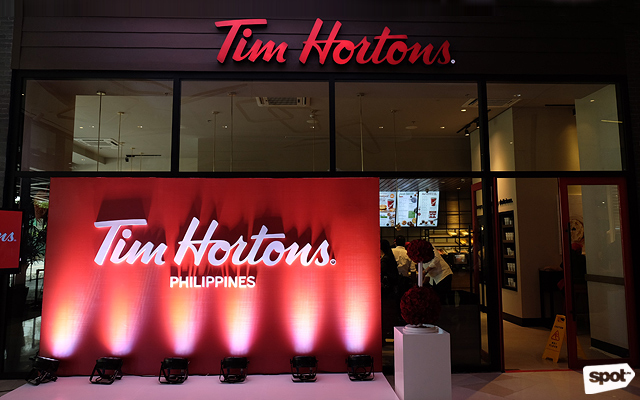 Uptown Mall is now home to the Canadian coffee chain, which first started serving its original brew and doughnuts in Ontario in 1964. Tim Hortons soon became a favorite in Canada because of their Timbits (their version of doughnut bites), Iced Capps (iced coffee), and of course, the Double-Double (coffee with two sugars and two creams). They've since expanded to the United States, the Middle East, and now, the Philippines. 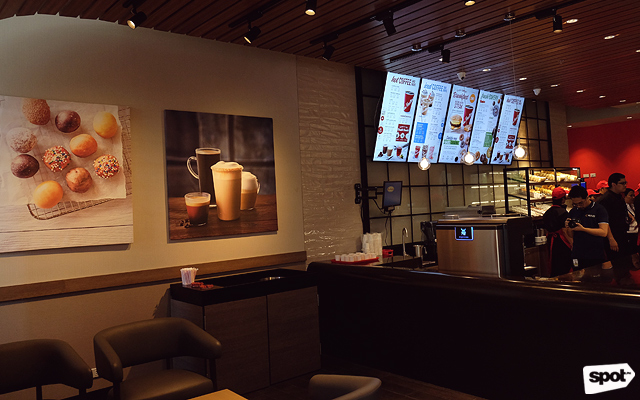 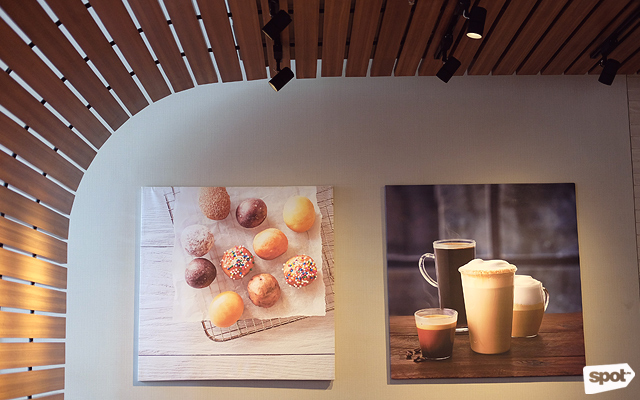 Tim Hortons' first branch in the Metro feels cozy, with plush couches for those who just want to chill with a cup of coffee and a plate of pastries. There's counter-type seating too—at a long table that's perfect for groups. 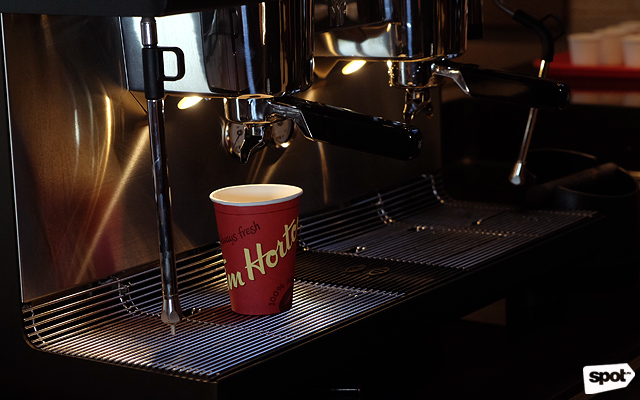 Currently, the coffee chain offers the same menu as the one they have in Canada, though the brand plans to include more locally inspired dishes. Still, there's already a lot to look forward to, both for old-time fans and new diners.

Don't miss Tim Hortons' Original Brew (P70/small, P80/medium, P95/large), which you can have as a Double-Double or two sugars and two creams, at no extra charge. 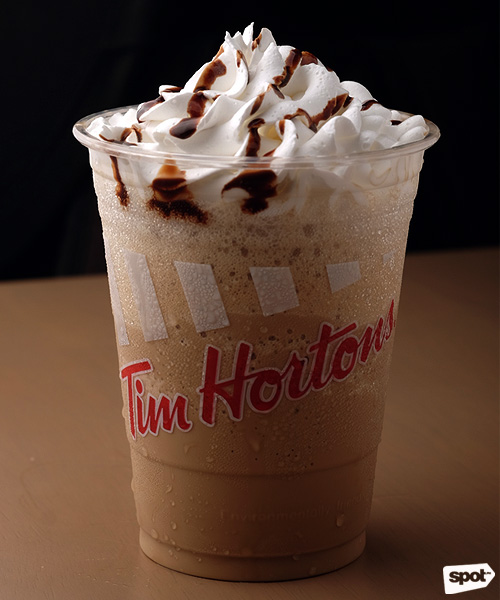 Since our weather tends to shift to sweltering heat at a snap of a finger, Tim Hortons' Iced Capp Supreme (P135/small, P150/medium, P165/large) is likely to be a hit. Currently, there are two variants available—the Caramel Vanilla is perfect if you're in the mood for a quick and cool pick-me-up, while the Hazelnut Mocha will satisfy any sweet tooth. 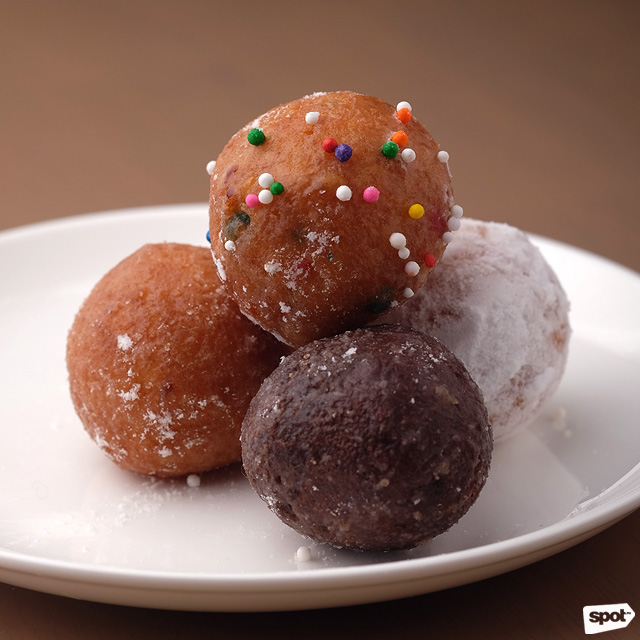 Coffee has no better partner than doughnuts, and Tim Hortons offers an excellent selection. A visit to Tim Hortons is not complete without an order of Timbits (P10 each, P80/10 pieces, P160/20 pieces, P350/50 pieces). They have five flavors that you can choose from or mix-and-match: Birthday Cake, Chocolate Glazed, Chocolate Filled, Strawberry Filled, and Old-Fashioned Glazed. 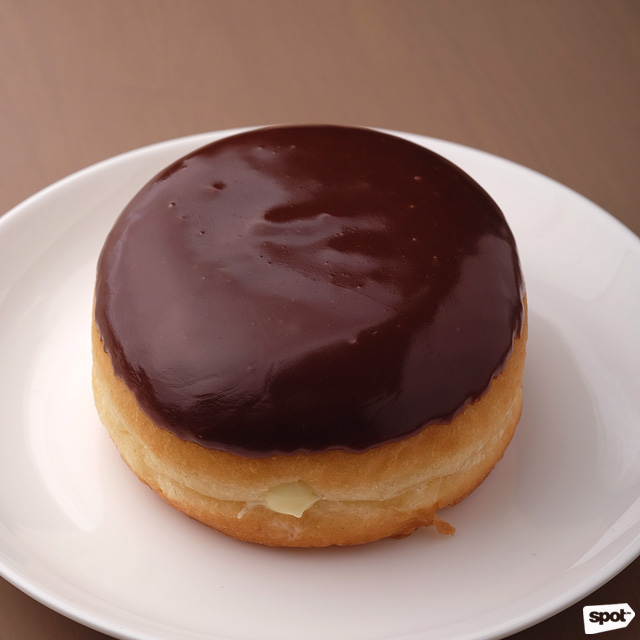 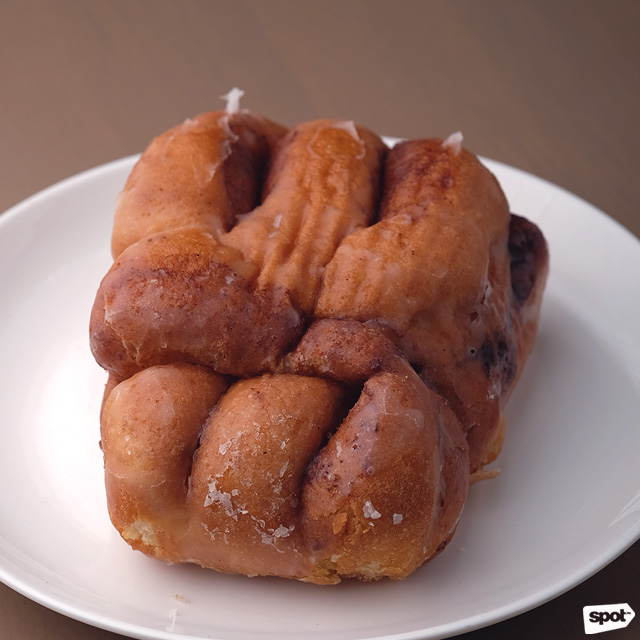 Tim Hortons also offers Classic (P40 each, P200/six pieces, P380/12 pieces) and Signature Doughnuts (P50 each, P255/six pieces, P500/12 pieces) that you can buy solo or in packs to bring home. Must-tries are the Boston Cream, chocolate-frosted and filled with vanilla cream, and the Apple Fritter, with dustings of sugar and cinnamon for a comforting snack. 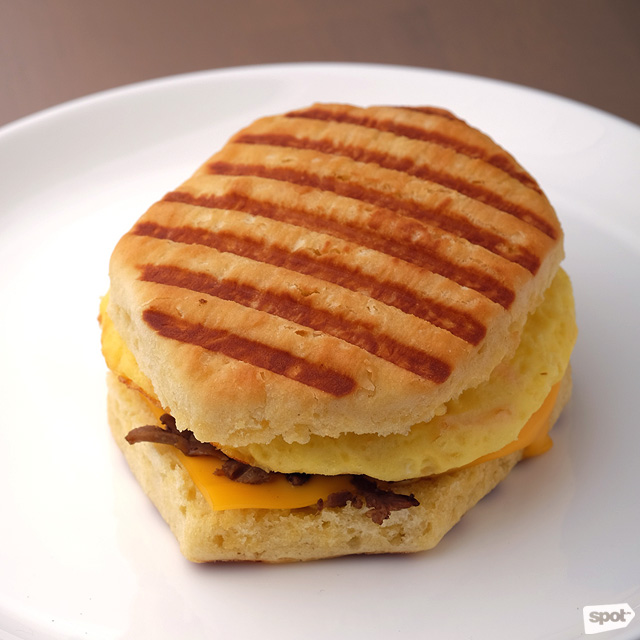 If you'd rather have something savory to start the day with, Tim Hortons also offers a line of breakfast sandwiches, croissants, and bagels. A particularly tasty one is the Steak and Egg Biscuit (P120 each, P190/combo), with shredded tender beef, scrambled egg, and cheese stuffed between two buttery breakfast biscuits. You can have your sandwich as a combo too, paired with brewed coffee and a hash brown, for a heftier breakfast.

Whenever you're in need of no-frills brew and classic breakfast fare, you know where to go.

Update: The first version of this article included information from the brand representative that Tim Hortons is open 24 hours daily. The brand has decided to hold off on the 24-hour operations and will follow mall hours for now. The story has been updated to reflect this.