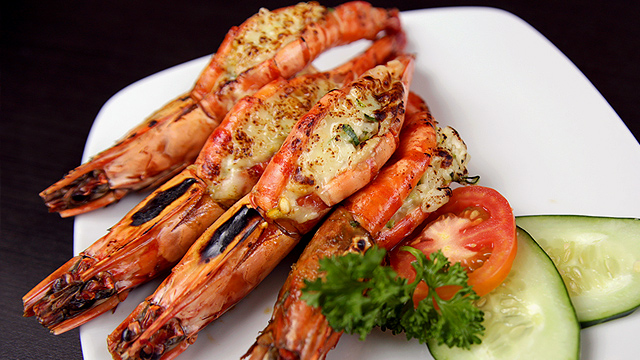 Ombu Kusina is reacquainting you with some classic Filipino favorites 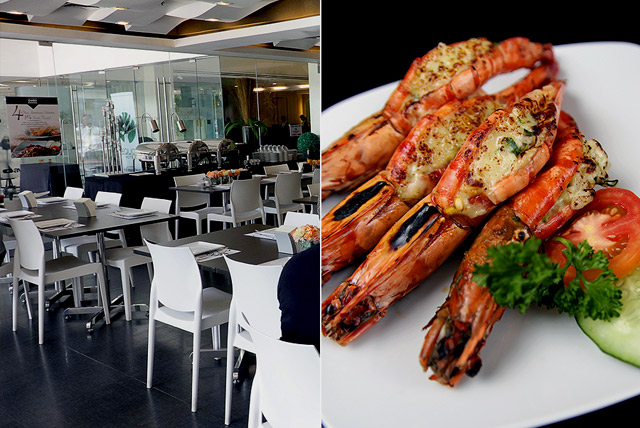 (SPOT.ph) Ombu has been flying under the radar for a while, with some people even mistaking it for a Japanese restaurant thanks to its name (“ombu” actually refers to an evergreen tree in South America). It’s a delicious secret among Quezon City diners who come there for a hearty feast of Filipino food.

In fact, Ombu has been around since 2013 and for its anniversary, the restaurant is making a few changes to their menu and image, starting with their name. Once known as Ombu Modern Filipino Restaurant, they're now called Ombu Kusina. They've reorganized their menu to better highlight their dishes and have even freshened up the look of their logo.

Gambas in Garlic and Olive Oil 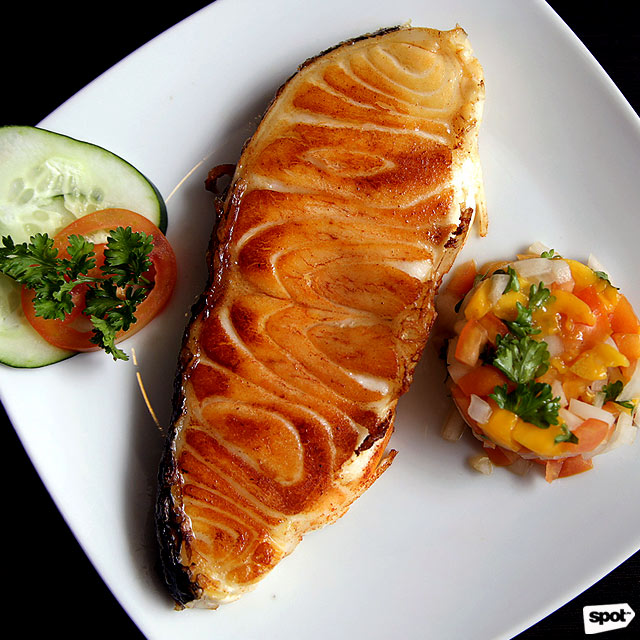 Ombu Kusina is putting the spotlight on their house specialties with their Chef’s Picks, which features the favorite dishes of chef Wilson Nardo, as well as those of the restaurant’s owners. These include Gambas in Garlic and Olive Oil (P370), Fried Tuna Belly (P430), and the seasonal Pan-Fried Sea Bass with Mango Salsa (P790). 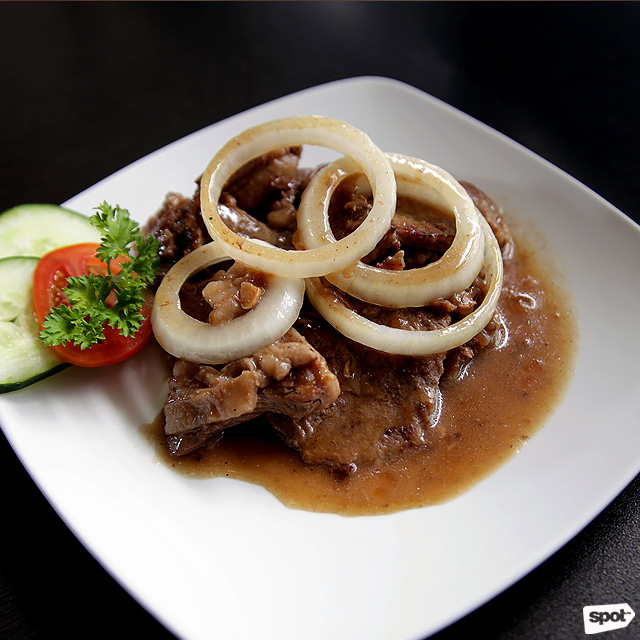 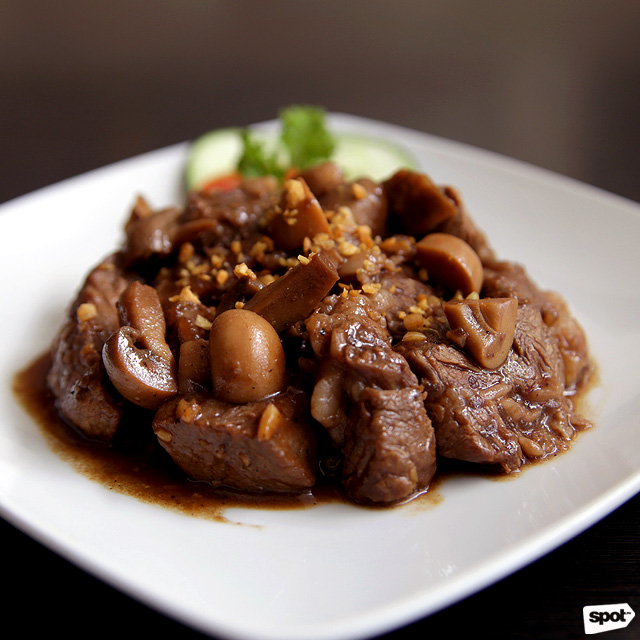 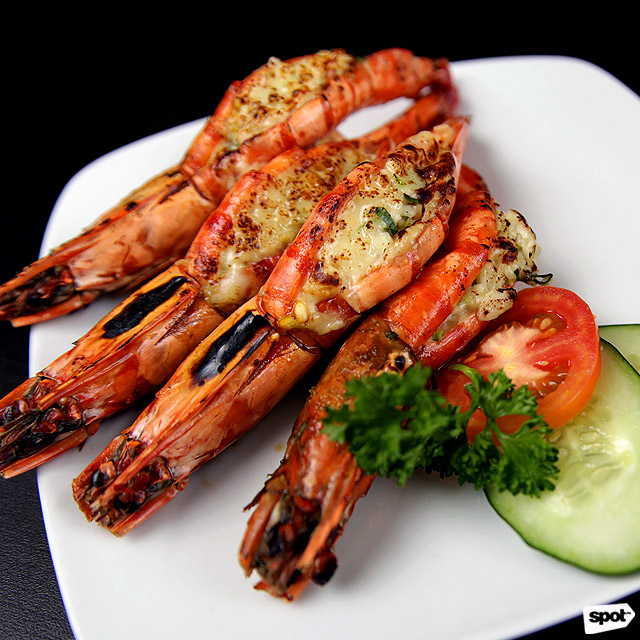 The Angus Beef Steak Tagalog (P680) and the Angus Beef Salpicao (P690) are the only two meat dishes among the Chef’s Picks, while the Baked Prawns (P420) is another item to look out for.

You get an extra treat if you order the first five Chef’s Pick dishes mentioned until April 16: You can either get buko pandan, leche flan, strawberry panna cotta, mango panna cotta, or a scoop of ice cream for only four pesos. If you prefer their other desserts, such as Halo-Halo (P150), Banana Flambé a la Mode (P110), and Frozen Brazo de Mercedes (P180), they’re available for P99 each throughout Ombu’s anniversary celebration. 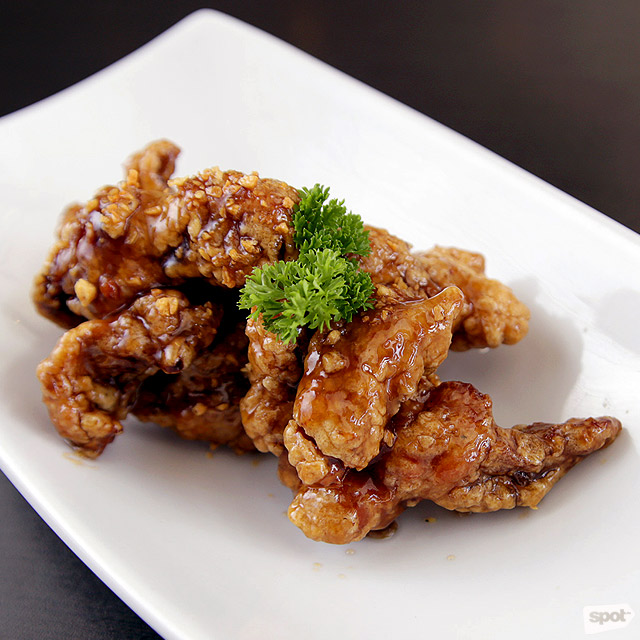 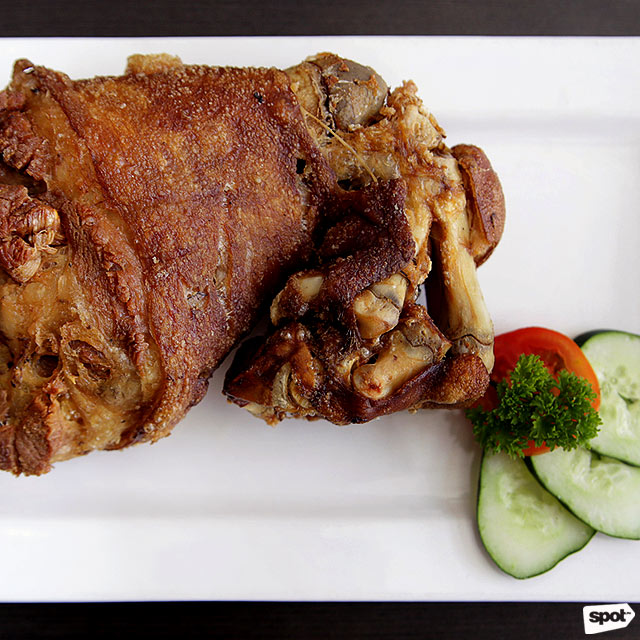 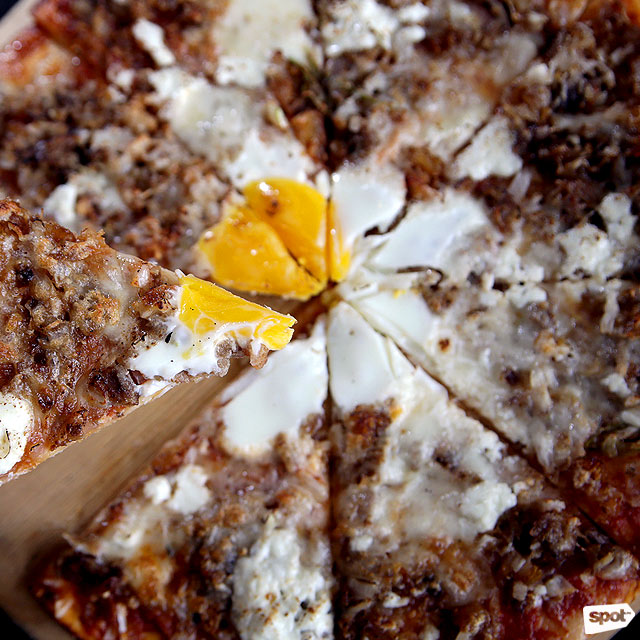 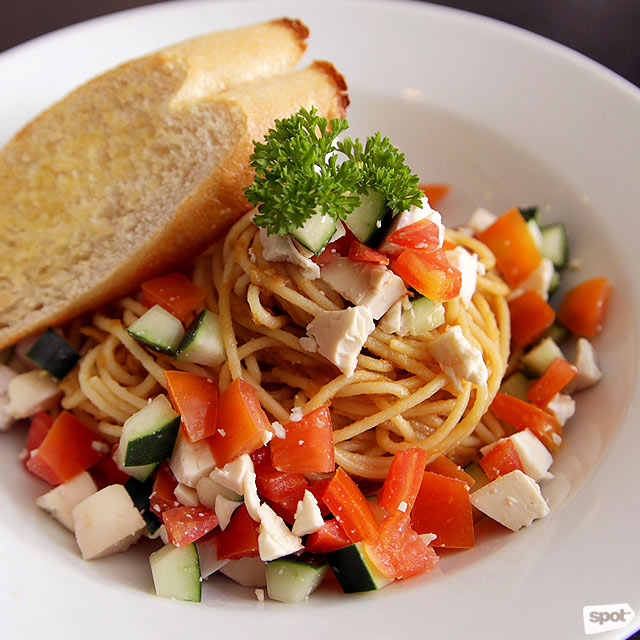 Rather than scrapping the old menu entirely and rebuilding from scratch, Ombu opted to pluck out a couple of its former items. The old favorites are still very much around, fortunately, so long-time Ombu diners won’t miss the dishes they’ve known and loved for the past few years, including the garlic sauce-soaked Crispy Glazed Chicken (P280), Seafood Mix Laing (P270), Thrice-Cooked Crispy Pata (P690), Herb-Crusted Mahi Mahi (P470), and Sinigang na Lechon (P480), which is traditional sinigang with roasted pork. Other dishes given a Filipino twist are also mainstays on the menu, such as the Sisig Pizza (P490), a rich pork and egg-laden creation, and the Salted Egg Spaghettini (P240), tossed in a light salted egg yolk sauce and topped with tomatoes, cucumber, and salted egg whites and has been around for years even before the trend hit our shores.

With its improved menu and new look, Ombu Kusina is geared up to keep doing what it does best: Serving up Filipino favorites and making homegrown food exciting again.

Timog Filipino Ombu Kusina Sisig Pizza Ombu Modern Filipino Restaurant Sequoia Hotel Ombu
Your Guide to Thriving in This Strange New World
Staying
In? What to watch, what to eat, and where to shop from home
OR
Heading
Out? What you need to know to stay safe when heading out