Is eating with spoon and fork something to be frowned upon?
Loading
Already a member? Log in
No account yet? Create Account
Spot.ph is your one-stop urban lifestyle guide to the best of Manila. 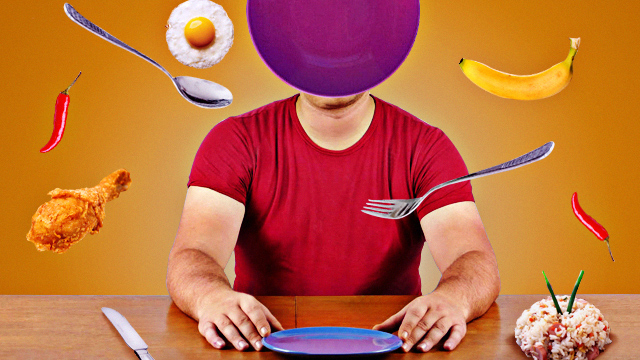 What's the big deal about using spoons and forks at mealtime? 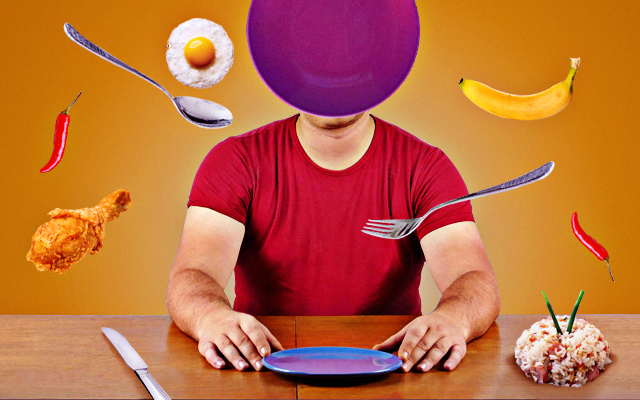 (SPOT.ph) In 2006, a child of Filipino descent was sanctioned by the Montreal school he attended for eating with the spoon and fork. The child and his family had just moved to Canada not too long before the incident, and he hadn’t gotten the knack of eating like the locals. Though the details of the matter are muddled (the school claimed that the kid was disciplined because he caused a stir at mealtime), perennially sensitive Filipinos took offense and perceived the occurrence as an attack on our culture.

But why do we eat with a spoon and fork, anyway? Many other Southeast Asian countries do, after all, and eating in a way that was natural to him could be argued as his right to assert his cultural identity. It was a cafeteria, after all, not finishing school. And in reality, while eating with a fork and spoon is becoming increasingly the norm back here in the Philippines, the vernacular is still to eat with one’s fingers. Most cosmopolitan Filipinos will know how to eat with a knife and fork, and the use of chopsticks is widespread.

The Philippines itself is setting for a host of sensibilities, and a number of these are grounded on one’s background. Many may consider eating with fingers as normal, whereas others, when asked to do so, may view it as an affront to their affluence.

Medieval food specialist Massimo Montanari muses on Medieval dietary dicta, “The type of food, the amount that was eaten, and the way in which it was prepared—these three factors together symbolized the social class or, as was the time, 'quality' of the person.” The way in which food is eaten must likewise be a extension of the symbolism.

The link between food and class in the Middle Ages has its roots in ancient practices. In her work on the history of table etiquette, Mind Your Manners, Daniella Romagnoli writes, “In ancient Greece they leaned on their right elbows, and each couch (kline) had its own table. In ancient Rome the couches were arranged in a special room (triclinium) around a central table on which the food was placed. The reclining position was a princely privilege and was reserved for the upper strata of rich societies.” Though it isn’t difficult to imagine the rich today dining reclined on bejewelled lounges, eating in what isn't an upright position in the present era is reserved for the infirm and invalid.

In the same essay, she writes about a dichotomy that flourished from the feudal 12th Century onwards: “The concept of 'courtesy' (a way to behave at court) was born, together with that of urbanitas (urbanity) and civilitas (civility)...and they interest us here for their inextricable link with the city (urbs, civitas). At the other end of the scale, the concepts of vilainie (villainy from the Latin villa) and rusticitas (rusticity) were associated with the countryside (from the Latin rus) and the uncultured peasant behavior.” With such devices in place, it is not hard to understand the desire for differentiation.

As people started to sit upright, peculiarities of the table matured into practices. The use of knife for cutting up large portions, in contrast to pinching and tearing, became norm when the left hand, which was idle in reclined pose, became free. While the benefit of the fork in Western custom is perceptible today, its utility wasn’t always accepted.

When 17th Century English eccentric Thomas Coryat brought the fork to England from his travels in Italy, he and his discovery were poked fun at. Contemporary food writer William Sitwell, another Englishman, notes, “He was given the nickname 'furcifer,' which means 'pitchfork.' To the English forks were over-refined and that the Italians used them was just another of their being, as another contemporary put, 'effeminate sodomites.'”

Even to the English whose incorrigible propriety is notorious, the fork was frivolous business at some point. Forget the fork, the idea of civility itself, in terms of food and eating, may be a frivolity that serves the interest of privileged vanity.

Like other Southeast Asians, Filipinos’ version of eating has been the spoon and fork. To those used to this mode of eating, it follows perfect logic. Southeast Asian cuisines have rice as staple starch. Fish and other meats serve as protein. Vegetables are almost always present, and so are sauces and condiments that are served on the side. Broth or soup are frequent components as well. The spoon serves as both versatile cradle and receptacle for all these things (sometimes all at the same time, soup included), while the fork is its utilitarian partner that pushes and steers into it.

Prior to spoons and forks on the table, eating with fingers was norm in the parts of the region where the use of the Chinese chopsticks didn’t catch on. Siam’s conversion from eating fingers to cutlery was a courtly mandate by King Mongkut in an effort to modernize his country in the 19th Century.

Doreen G. Fernandez tells us about the transition for Filipinos, “The skillful balling of the rice (usually moistened in broth) and its ingestion with the ulam or viands, eventually faded with colonization. The Spaniards and Americans propagated the custom of eating with fork and knife, or with spoon and fork. Today Western implements and serving conventions are generally used, although many (peasants, workers, and provincial folk) still use their hands—as do people of many classes, when feasting in the rural areas and savoring native food in the native way.”

For F. Sionil Jose, the introduction came postwar; he writes, “First, the sherry served in crystal wine glasses. My plate was hemmed in by rows of forks and spoons; I simply did not know which to use. I dared not pick up anything, watching as I did the priests who took their time. The soup came—that was not difficult, you cannot take soup with a fork. So the spoon, then. But what about the forks and the knives? I looked at my host and finally learned the sequence. For the first time, too, I learned that there was another kind of knife for the fish.”

Though adept in using utensils, many Filipinos still opt to use fingers for their food. The popularity of Kamayan restaurant, literally—eating with hands, in Manila during the '90s was proof of the popularity of this felicitous facet of feasting. Eating in this way is especially noticeable in the Islamized areas of Malaysia, Indonesia, Mindanao, and Southern Thailand, using one’s hands is preferred due to religious prescription (the right hand only since the left, according to Islamic understanding, was unclean). Restaurants and eateries of aforementioned provenance feature water and basins found tabletop, beside condiments and paper napkins for washing before and after the act.

For some, the custom of utensils may seem superfluous (evolution bestowed upon humanity thumbs), while others could opt to go bare, so to speak, in order to enjoy food in a certain manner—to them it is instinctive and natural. Whatever the reason, given exposure and choice, it simply is a matter of preference and pleasure. Also, for the Southeast Asian’s ancestor, advancements in metallurgy and smithing were geared toward agriculture, hunting, and warfare, not eating per se (having knives—weapons on the table could've been an unappetizing reminder of how the food got there in the first place).

Whatever histories they have, whatever social class they belong to (or identify with), and wherever it is they choose to make their home, various cultural introductions and inclinations have thus turned Filipinos and other Southeast Asians, into the earth’s most multifaceted eaters; using spoons, forks, fingers, and knives (sometimes all at the same time, chopsticks included). We’re adaptable—maybe what we have to learn is not manners, but how to be less sensitive.

Food Essay Dining Utensils Cutlery Etiquette Culture
Your Guide to Thriving in This Strange New World
Staying
In? What to watch, what to eat, and where to shop from home
OR
Heading
Out? What you need to know to stay safe when heading out