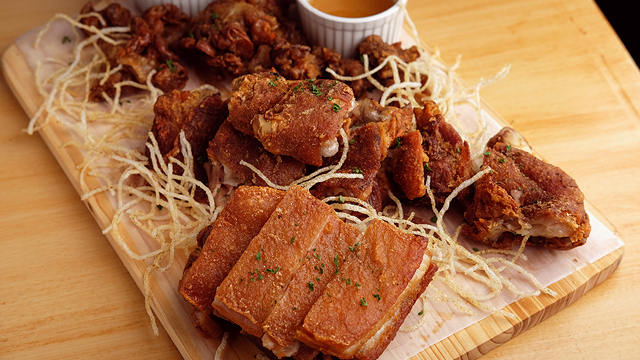 There's a reason why this platter is called Jogging Bukas

Ditch the diet at Bodega Kitchen & Bar in Makati. 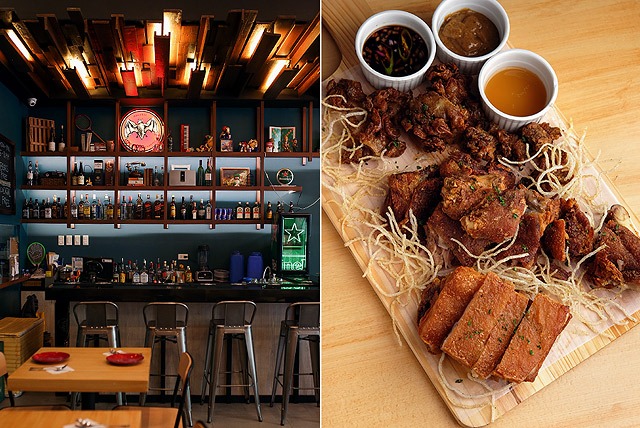 (SPOT.ph) Depending on who you ask, “millennial” could stand for many things. The more cynical Gen Xers may only see them as a bunch of directionless or even entitled kids, but this generation also has some of the freshest and most creative ideas out there—especially when it comes to food. Just ask the young team behind Bodega, which is putting their own spin on classic Filipino fare. 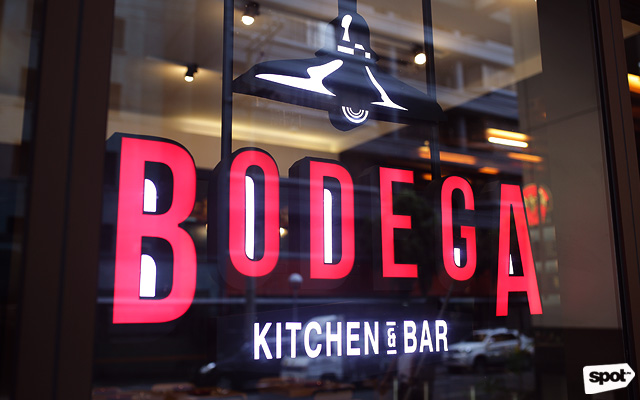 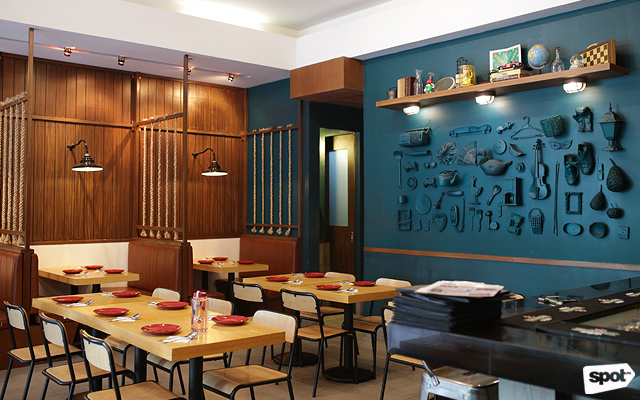 This new restaurant in Salcedo Village is a passion project for eight friends, whose average age is 24 and who all share a love for Filipino food. “When you think Filipino food, you think traditional. You think it’s only for families,” says co-owner Orville Zosa. “But that’s not the case anymore. We’re more modern and, I hate the word, but we’re more millennial. We wanted to add a younger, fresher perspective [to Filipino food].” 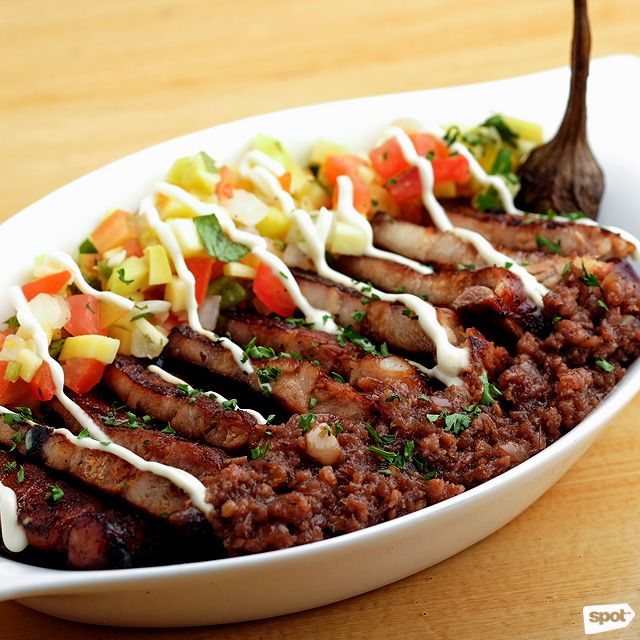 In fact, one of their bestsellers, shares Nathan, is perhaps the most traditional of the bunch. The Sinarabsab (P280) is the Ilocano version of grilled liempo. The char of the pork goes well with the sweetish bagoong that Bodega makes in-house, as well as the stronger saltiness of the tortang talong. This dish also comes with a green mango and tomato salsa to balance out the intensity. 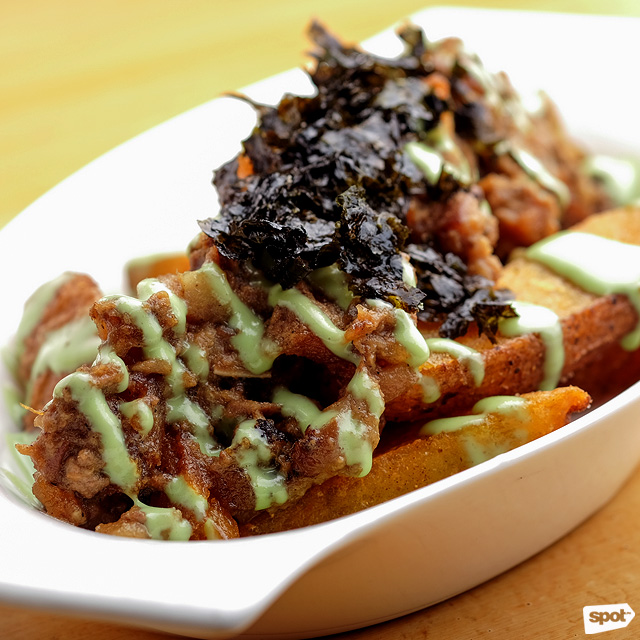 But if you’re more curious about how Bodega reinvents Filipino cuisine, then you won’t be disappointed. The Sisig Fries (P275) are thick-cut fries topped with sisig made creamier and more indulgent by the addition of ox brain (an idea that Chef Andric Clemente got from the way sisig is usually served in Pasay). A drizzle of wasabi mayonnaise adds a whisper of heat and helps to keep umay at bay. 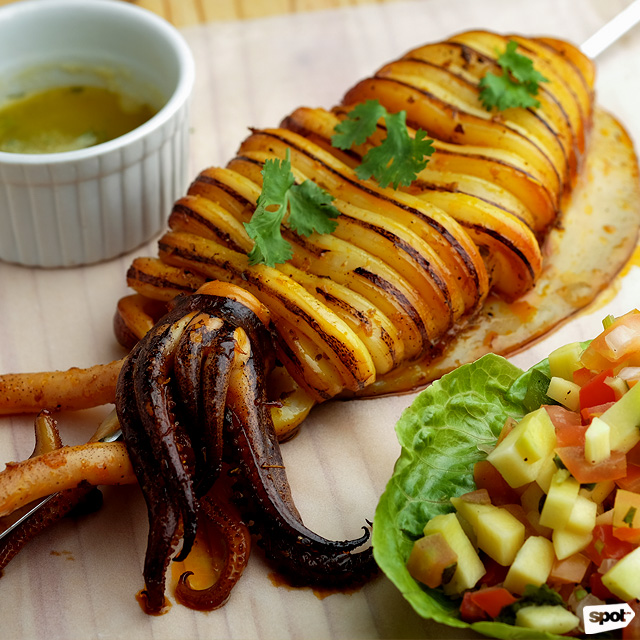 A standout is the Tea Smoked Squid (P550)*, their version of inihaw na pusit. Marinating the squid in green tea is genius as it lends the squid an earthy flavor that goes well with the smokiness that comes from the grill. Tender but still with that pleasant bite, the squid pairs well with the tamarind butter, adding a zest that takes this dish a step further. 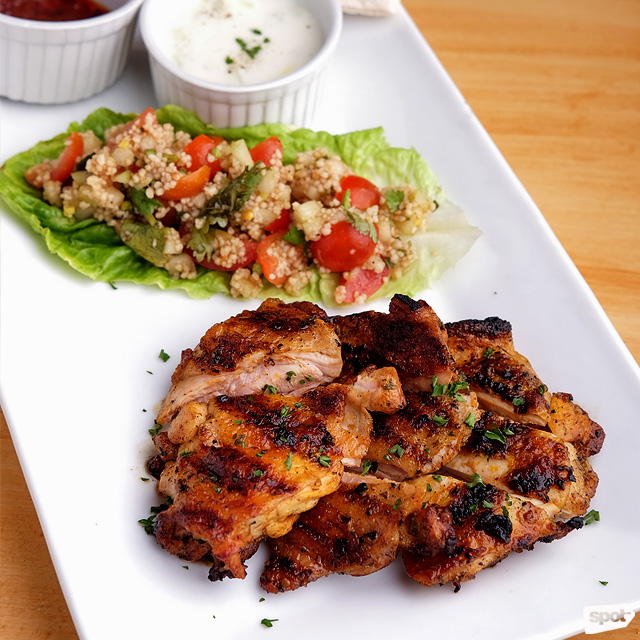 “I noticed that chicken inasal,” says Chef Andric, “shares similar flavor profiles with Mediterranean cuisine and also Jamaican jerk chicken.” So why not stuff it in pita bread? The Greek Inasal Gyros (P350) has the classic chicken inasal cut into juicy fillets and served with a fresh tabbouleh salad made with tomatoes, greens, and couscous. It also comes with harissa (a North African chili paste that packs intense heat) and Greek yogurt mixed with sliced cucumbers for a fusion of Filipino and Mediterranean flavors. You can get this dish with rice but we recommend having it with the pita bread—it’ll make you rethink chicken inasal. 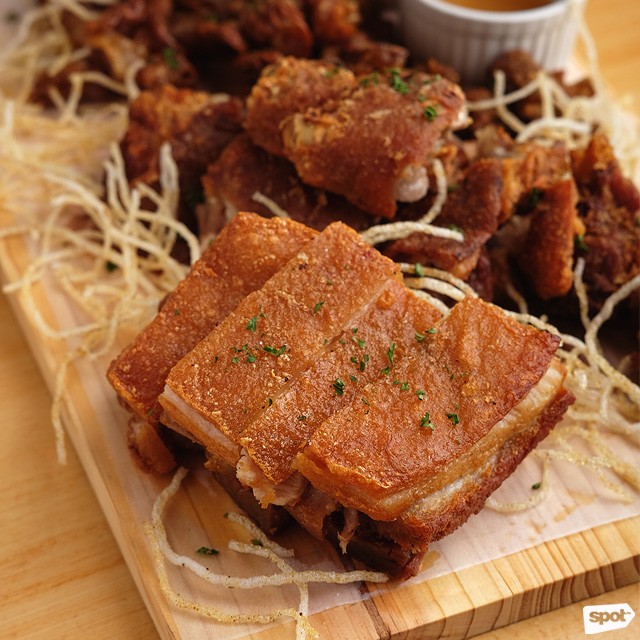 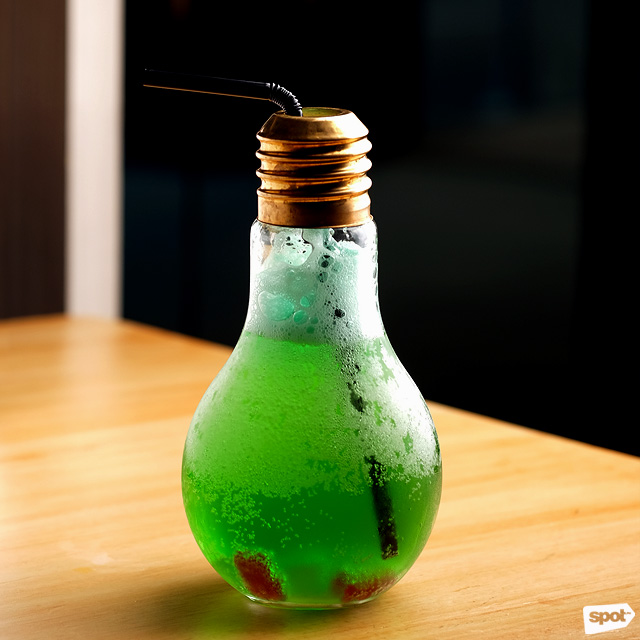 If you and your friends don’t fear cholesterol, have the aptly named Jogging Bukas (P1,000). This plate of fatty goodness has fork-tender bagnet, fall-of-the-bone crispy pata, and lip-smacking chicharon bulaklak. It also comes with two kinds of vinegar dips (one regular and one with chili) and sarsa on the side that’s incredibly addicting. This pairs well with a bottle of cold beer or perhaps your choice of hard drinks from Bodega’s full bar. You could also go for a glass of The Oso (P220): Made with gummy bear-infused vodka and lime soda, this drink tastes just like sweet candy, making you forget that it packs quite a punch. As Nathan puts it: “It’s a backstabber!” 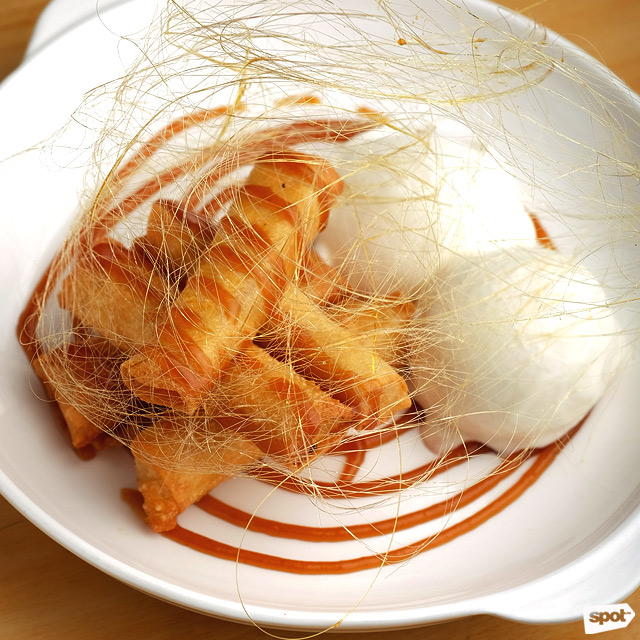 End your meal with the Kung Hey Fat Choi (P150). Picture-perfect with a topping of golden spun sugar, these finger-sized tikoy rolls are warm and comforting. It’s perfect with the vanilla ice cream and the langkaramel (or langka and caramel) syrup. 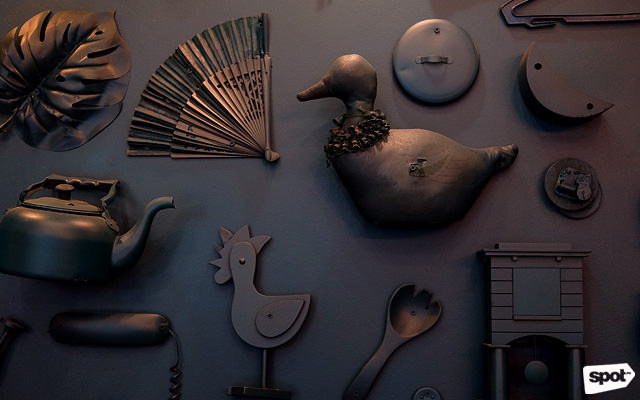 As you have your meal, an accent wall with various knickknacks stuck to its surface will surely catch your eye. The objects featured on the art installation-like wall are actually items the owners found in their own bodegas. One of them, for example, is an actual working radio once owned by Nathan’s grandmother.

“You know how Filipinos usually they like to keep stuff in their bodega? For example, my lola's radio. [When I was] growing up, she would use that every day. It's significant to me so I keep it in the bodega,” shares Nathan. “So we wanted to reinvent the bodega. Bodega is the place where you can store memories and create new ones. When you come back here, it's a bodega but it's a different concept. It's something that holds memories.”

Good food in a setting that’ll make you and your friends fit right in—looks like Bodega has the formula for a memorable night down pat.

Update: The price of the Tea Smoked Squid has been updated to reflect an adjustment in costing, as requested by the owners.
Shares
Share Tweet Pin
Share this story with your friends!
Share
Pin
Tweet
Viber
Copy Link
Help us make Spot.ph better!
Take the short survey