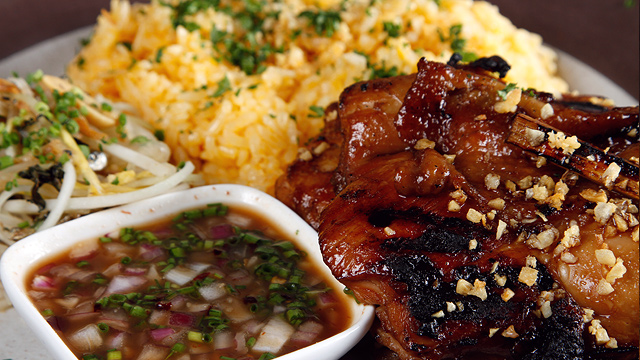 Sneak Peek: The Pigpen Is the Laid-Back Hangout You Need in Your Busy Life

It's all about good fun and good food.

(SPOT.ph) “It’s casual but beautiful,” describes co-owner Berna Garriz about The Pigpen in Makati City. If the restaurant sounds familiar, it might be because you may have passed by their original branch at Nuvali in Sta. Rosa, Laguna. This branch, which was designed by Hisako Hirayama of Design HQ, is elegant, featuring clean, industrial-inspired lines and geometric patterns, but lots of bright light also makes it feel welcoming. The menu by Chef Carlos Garcia, who also owns and runs the kitchen at The Black Pig, is far from intimidating and full of familiar fare like roast chicken and nachos. 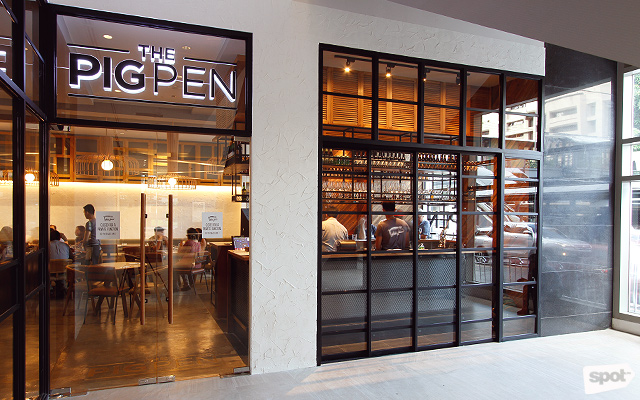 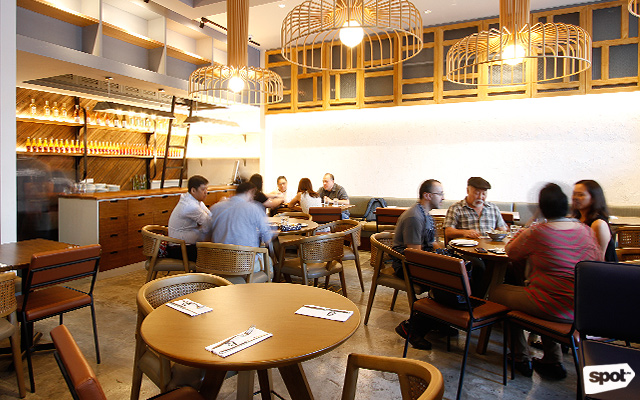 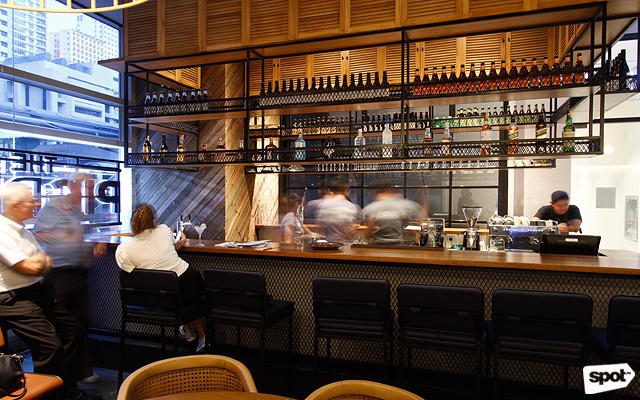 But, as Berna puts it, just because the food is casual doesn’t mean it’s slapdash—far from it, in fact. Anyone who’s had The Black Pig’s finely crafted European fare should expect no less from Chef Carlos. This time around, the London-trained chef blends Asian flavors with European, resulting in adventurous gastronomic creations. “Carlos is European,” shares Berna, “[But] from living here for the past four years, being exposed to local ingredients and techniques, his taste has evolved.” 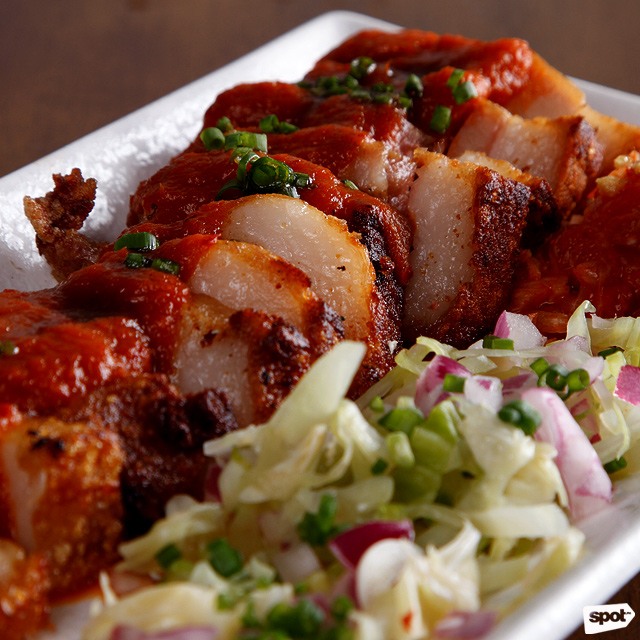 With a restaurant called “The Pigpen,” one would do well to head straight for the pork—specifically the Pork Belly Kimchi (P350) because it is easily a standout. Turning kimchi into a paste intensifies its sour-spicy profile, which matches perfectly with the succulent crispy-fried pork belly slices. The strong flavors go especially well on top of a steaming bed of rice—luckily, you can also get this as a Solo Rice Bowl (P280). 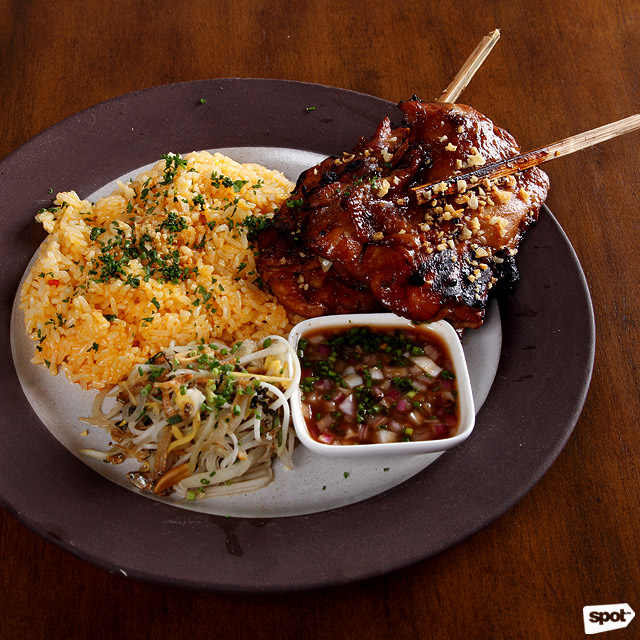 If you’d rather have a different kind of protein, you can't go wrong with the Grilled Tamarind Chicken (P380). You won’t be able to stop yourself from chasing after the subtle zest of the lemongrass that peeks through the smokiness of the grilled chicken. It helps that this dish also comes with an addicting sweet-sour tamarind-and-chives sauce. 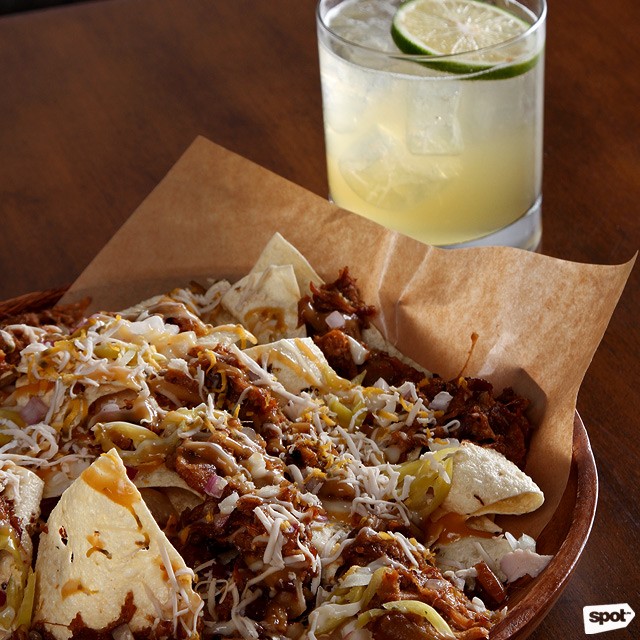 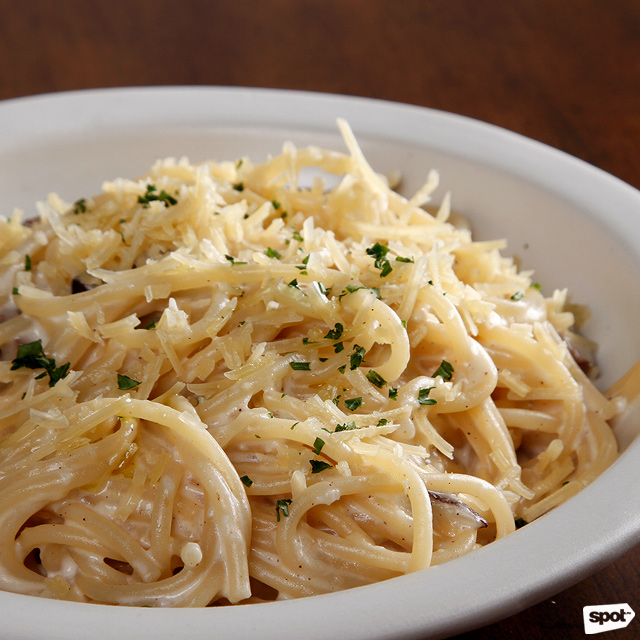 While Chef Carlos executes culinary experiments flawlessly—the Sisig Pappadum (P180), which combines thin and crisp Indian tortilla chips (or pappadum) with rich lipsmacking sisig is one fine example—the Mushroom Truffle (P290) proves that he also does well even when he doesn’t stray far from the classics. This truffle pasta doesn’t come with bells and whistles but there’s no denying it’s chock-full of rich truffle flavor, each forkful made even richer by the generous layer of cheese and mushrooms.

The menu is well-crafted right down to the drinks, with the team working together with Jericson Co of The Curator to craft Pigpen Cocktails*. “We matched the drinks with most of the dishes,” shares Jericson. “The idea soon is to have a suggested drink to pair with each bestseller.” 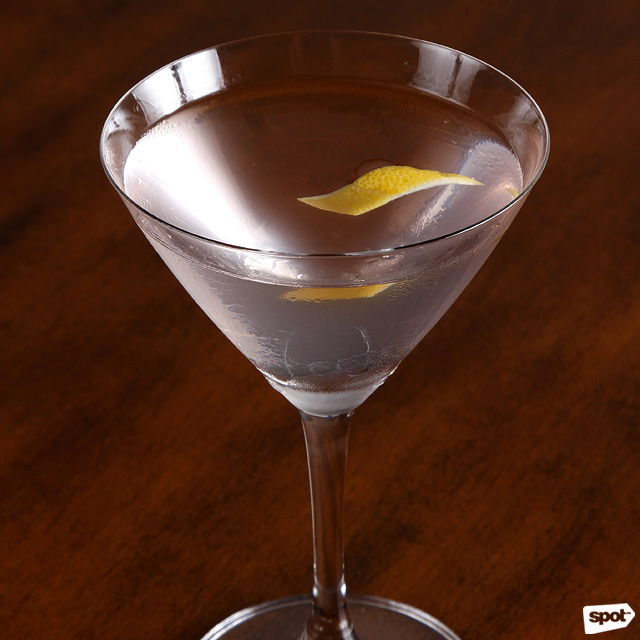 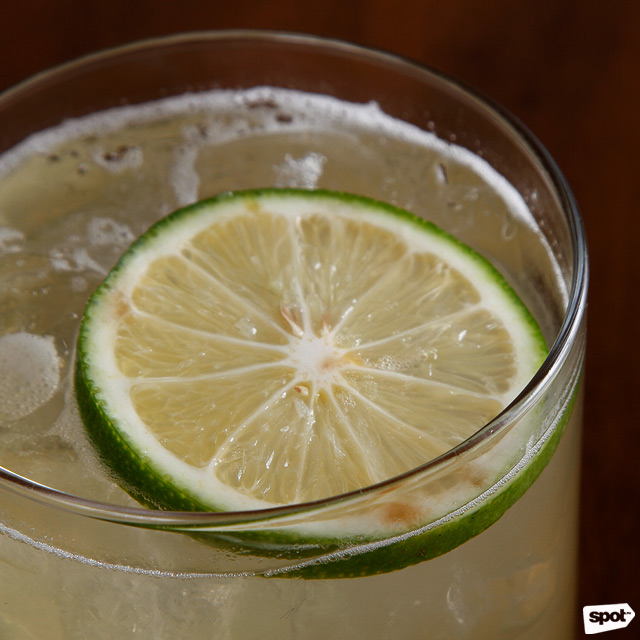 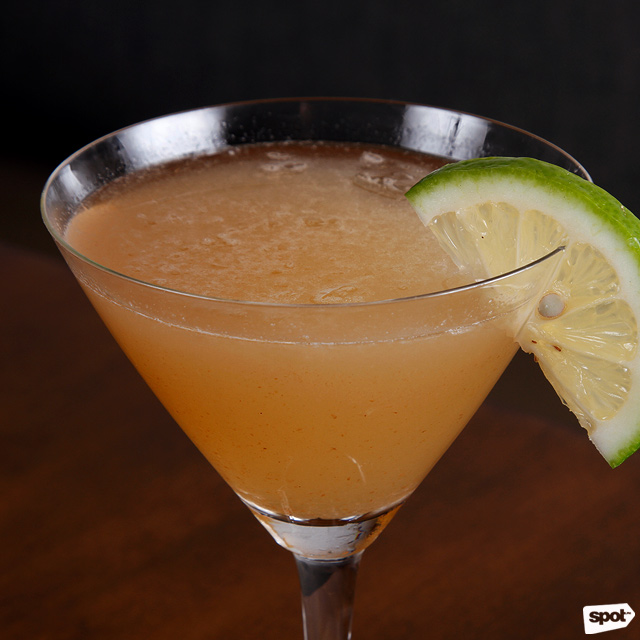 An umami-laden dish like the Mushroom Truffle for example pairs well with a fruity Grape Martini, using grape brandy made in-house. Jericson shares that the Sisig Pappadum, on the other hand, goes well with a classic Tommy’s Margarita, with sour notes balancing out the indulgent sisig. And of course, what else would pair well with Grilled Tamarind Chicken but a Tamarind Sour, made with tamarind brandy?

It’s all very fascinating to learn (or try to guess) how each cocktail matches each meal, and for anyone who enjoys food with libations, it’s a guaranteed fun time all around. But even if you’re practicing sobriety, just savoring their creative takes on familiar fare already guarantees an enjoyable dining experience. After all, The Pigpen is all about bringing that joy into dining. “It’s a fun concept,” shares Berna. “We want people to think ‘Oh, these guys must have a sense of humor to call themselves The Pigpen.’ Well for us, things should be fun.”

*Prices to be determined

Pigpen Carlos Garcia Legazpi Village Makati City The Pigpen The Black Pig
Your Guide to Thriving in This Strange New World
Staying
In? What to watch, what to eat, and where to shop from home
OR
Heading
Out? What you need to know to stay safe when heading out