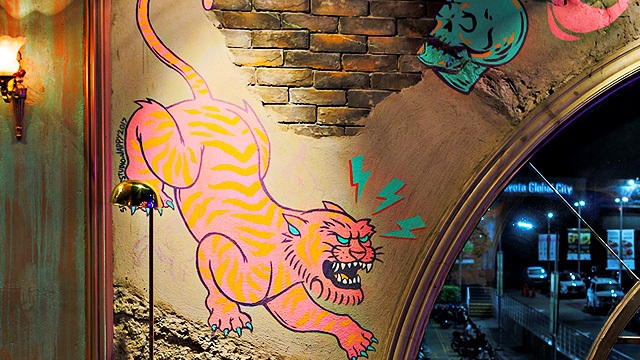 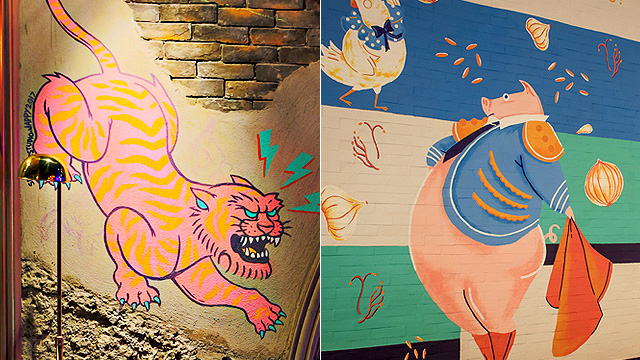 (SPOT.ph) Who says pretty dishes are the only Instagram-worthy things at restaurants? The Metro's dining scene is in the heart of a revolution, where food establishments are now opting to distinguish themselves from one another through edgier interior design and art. Read on because we've gathered some of the coolest restaurant murals in Manila for your viewing pleasure (and IG feed)! 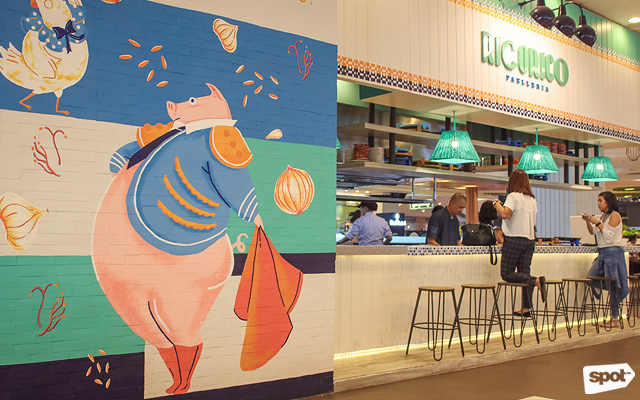 If their multi-colored paellas won't draw you closer, we're sure their quirky wall art will. With a color palette that's easy on the eyes (think pastel blues, oranges, and greens), Rico Rico's food court kiosk is a festival in itself. On one side is a cutesy image of a pig garbed in a flamboyant matador costume, while opposite that is a moustached octopus saying que aproveche, a Spanish term for bon appétit. 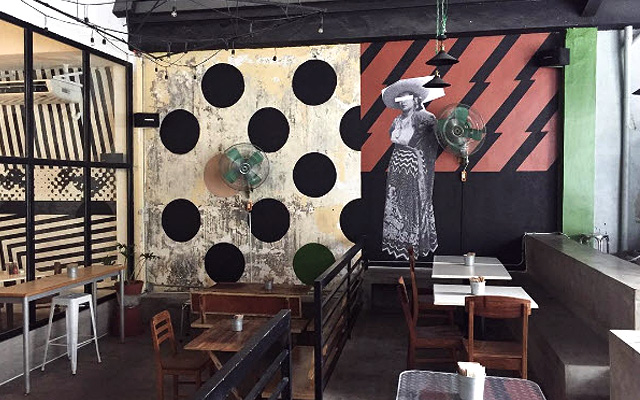 In the al fresco area of Taco Vengo's branch at Williams Street is a graphic wall by ADCA Creative Studio that perks up an otherwise plain, monochromatic corner. Big polka-dots are rendered against a pastel yellow-painted panel and a black-and-white photo of a woman in a traditional Mexican dress is seen on a geometric-designed background. 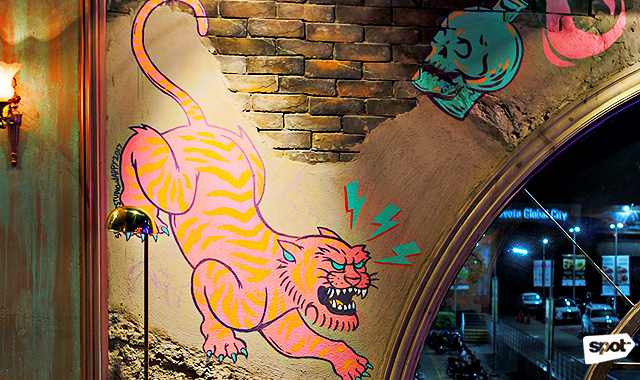 Yes Please has some of the funkiest wall art drawings we've ever seen. To liven up the space, the people behind this '90s-themed bar called in Serious Studios to do their trippy, neon murals. "We wanted to make people laugh with random puns and unexpected details, so there’s always something new to discover in the space every time you come back," shares the creative design team on their online portfolio. 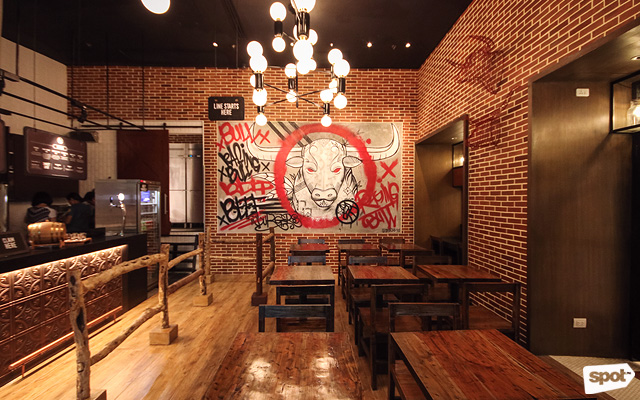 There are no obscure murals at Raging Bull Burgers. At the far-end of this burger joint is a huge canvas of a seemingly enraged cattle by Dee Jae Pa'este. Its eyes are a striking red as it looks like it's about to charge—we just hope it has its eyes fixed on your mouthwatering burger and not you! 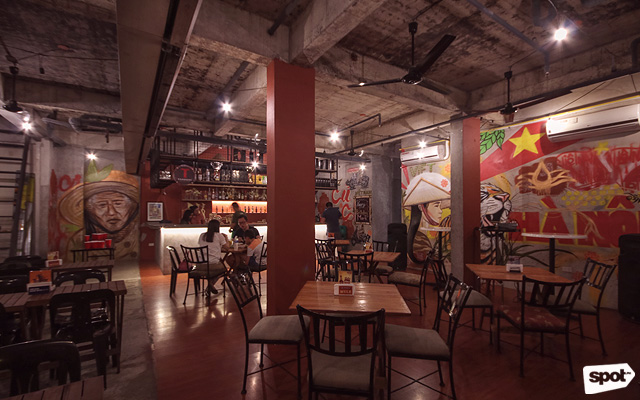 Apart from being the only restaurant in Poblacion to serve traditional Vietnamese fare, Cu Chi Bar is also known for its very IG-worthy panels. Made by artist Dee Jae Pa'este, their walls are clad with vibrant paintings that portray Vietnamese life and culture. Here, we see women wearing rice hats and their national costume, the country's iconic red flag with a yellow star, and a furious-looking tiger that represents Vietnam's growing economy. 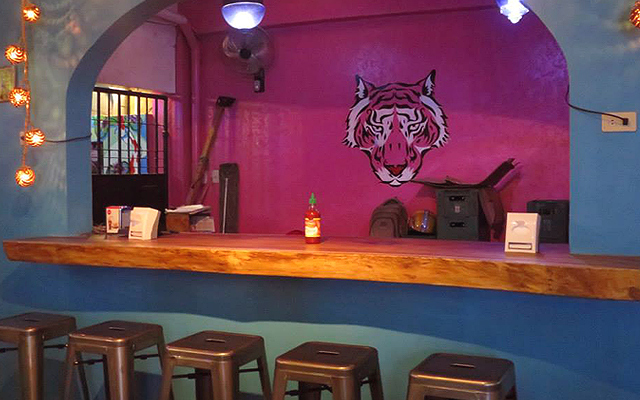 This hole-in-the-wall in Poblacion is not only known for their affordable and delicious street food, but also for their psychedelic color scheme with fun drawings. Across Crying Tiger's bar is their IG-famous neon pink wall with a painted picture of an angry tiger's head right smack in the middle. 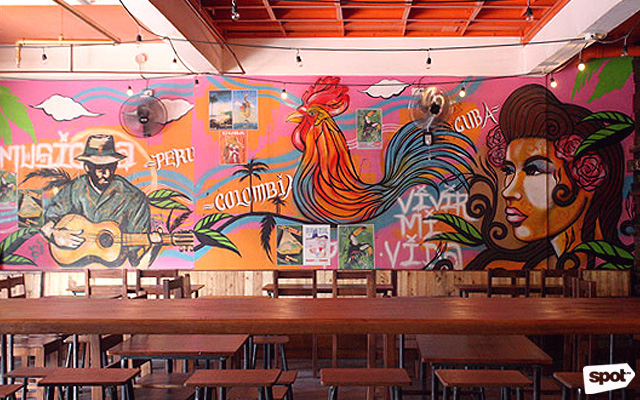 Another masterpiece by Dee Jae Pa'este is Señor Pollo Makati's massive mural packed with famous South American icons. One of them is a rooster, which is also a popular character in Philippine culture. Adjacent to this wall is a quote by Colombian novelist Gabriel García Márquez that reads, "He repeated until his dying day that there was no one with more common sense, no stone cutter more obstinate, no manager more lucid or dangerous than a poet.” 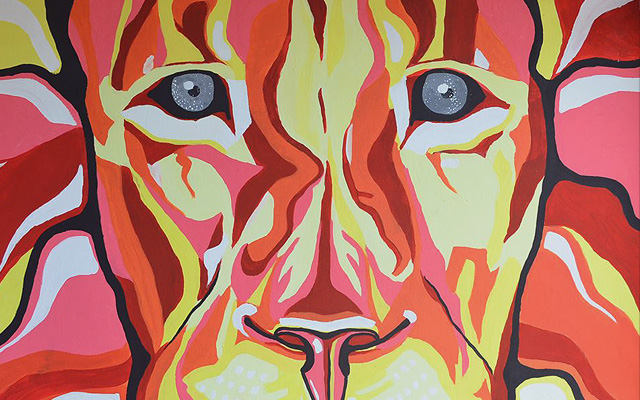 This gallery-slash-café along Katipunan Avenue sports a vivacious mural called "Lion of Judah." The painting by Youth With A Mission Philippines shows a wild animal with kind and compassionate eyes—a stark contrast to how lions are commonly perceived. Biblically, the lion is an emblem of the Hebrew tribe of Judah. 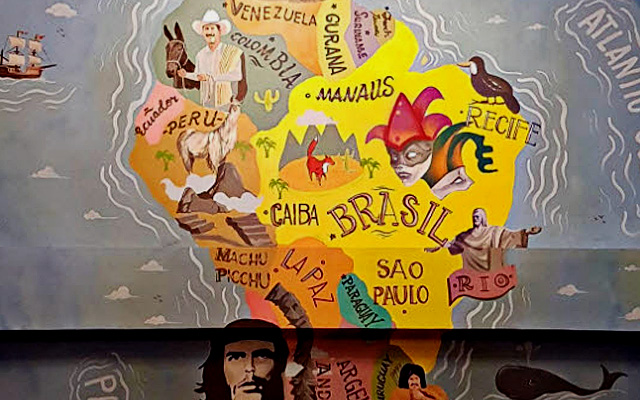 Ask anyone who's been to Tittos Latin BBQ & Brew and the restaurant's dynamic murals will surely find their way into the conversation. At this Mexican joint in Kapitolyo, it seems no space is clear of art. In fact, most of its Latin American-themed paintings are done by various graffiti artists. An IG-famous one is a colorful depiction of South America and its famous icons including revolutionary Che Guevarra, Christ the Redeemer statue, and a llama.

If this tropical-themed mural at Toby's Estate Shangri-La The Fort doesn't catch your attention, we don't know what will. Created by design company Wallrats, the end-to-end wall work shows various blooms and plants resembling the tropics. In psychology, the color green is said to have soothing properties; like a warm cup of coffee on a rainy day.

Cu Chi Rico Rico Taco Vengo Yes Please Raging Bull Burgers Crying Tiger Senor Pollo Lily Anne Padaen Tittos Latin Bbq Brew Toby's Estate Mural Wall Art
Your Guide to Thriving in This Strange New World
Staying
In? What to watch, what to eat, and where to shop from home
OR
Heading
Out? What you need to know to stay safe when heading out