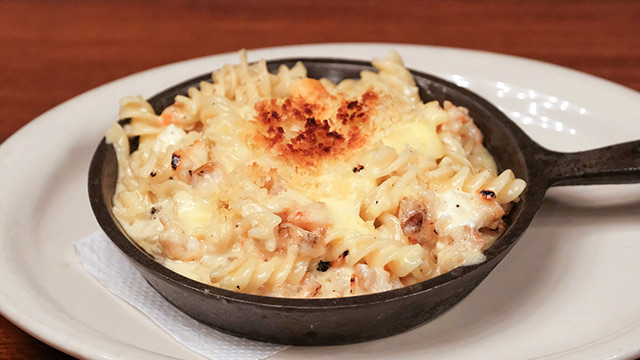 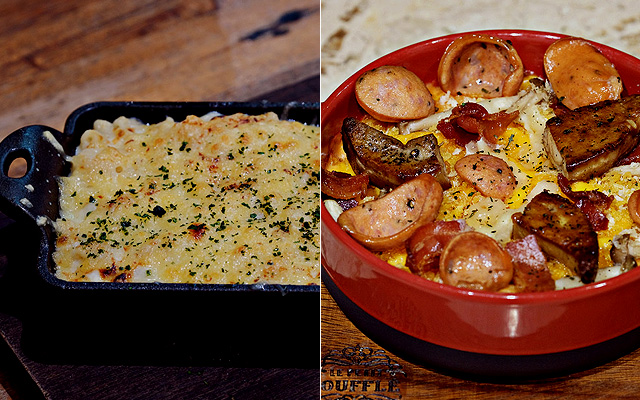 (SPOT.ph) When you think of mac and cheese, you might associate it with side dish staples in Western-themed restaurants or a kiddie meal option for the picky eater. But these days, there are so many ways to level up the dish—from overloading it with toppings, to swapping the cheddar for other cheeses. It’s a filling, heartwarming meal that will perk you up even in the gloomiest of days. It’s far from the juvenile snack that it’s perceived to be and can suit even the most discerning of adult palates. To prove that, we take a fork and dig into the following dishes which elevate the classic dish to its true culinary potential. 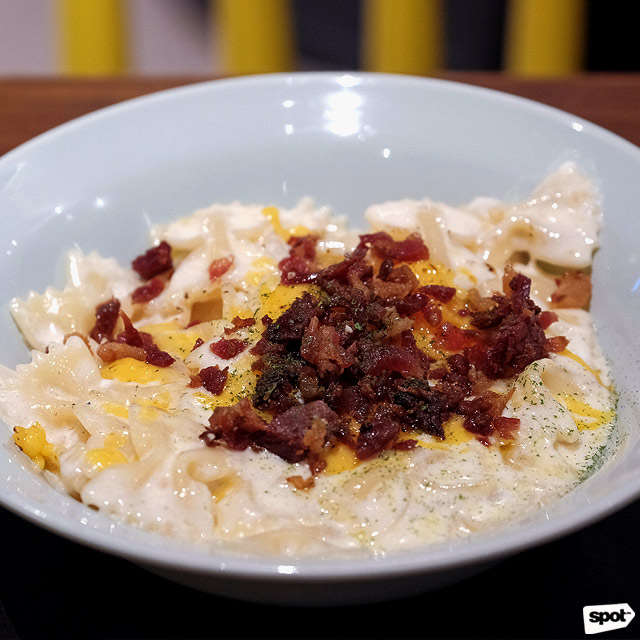 The restaurant that champions all things cheesy has its own take on this classic favorite, naturally. The bow tie pasta is a unique and welcome choice that’s cooked with a bit of bite to it, and goes well with the runnier consistency of the sauce. The farfalle is buried under a pile of bacon bits and melted mozzarella and cheddar, then drenched in a pool of cream and honey. The last ingredient is a sweet surprise that adds more depth, making it far from a one-note dish. 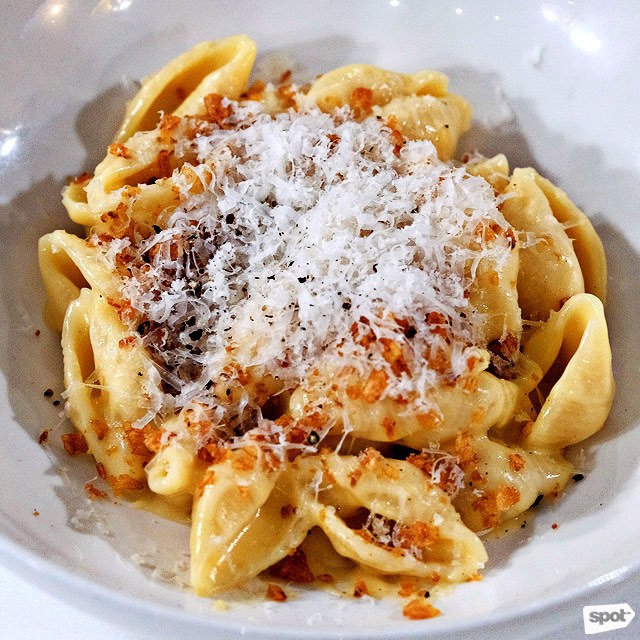 This version's shell pasta is covered in gruyère, blue cheese, cheddar, emmental, and potato chips. Every ingredient added in this mac and cheese is deliberate and integral in experiencing the full flavor of the pasta. So make sure to scoop up every morsel before taking a bite. The small serving might leave you hankering for more, though. 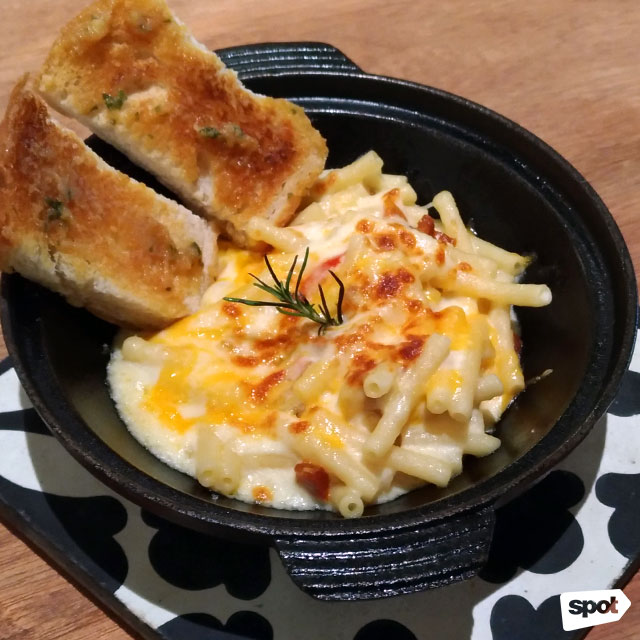 The pasta is so piping-hot upon arrival that it must be served on top of a decorative tile at all times. (That also makes for a good social media flatlay, by the way.) The acidity of the tomatoes balances the salty cheeses and creamy sauce. Don’t forget to save the bread so you can sop up all that leftover béchamel sauce. 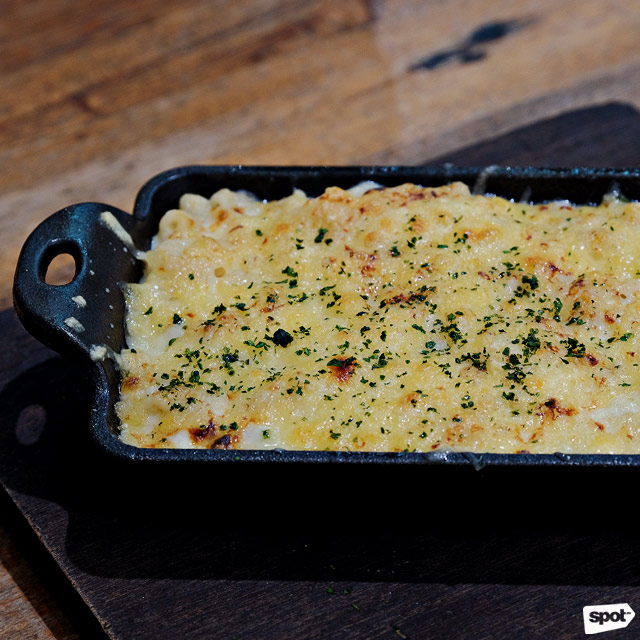 Mac and cheese is usually associated with the orange-tinged cheddar variety, but Wildflour’s version uses white cheeses like gruyère and emmental instead. In the absence of the familiar sharp flavor is a milder, milkier taste that packs a powerful punch in its subtlety. The best part is the toasted layer of melted cheese that lends a nutty and buttery flavor overall. 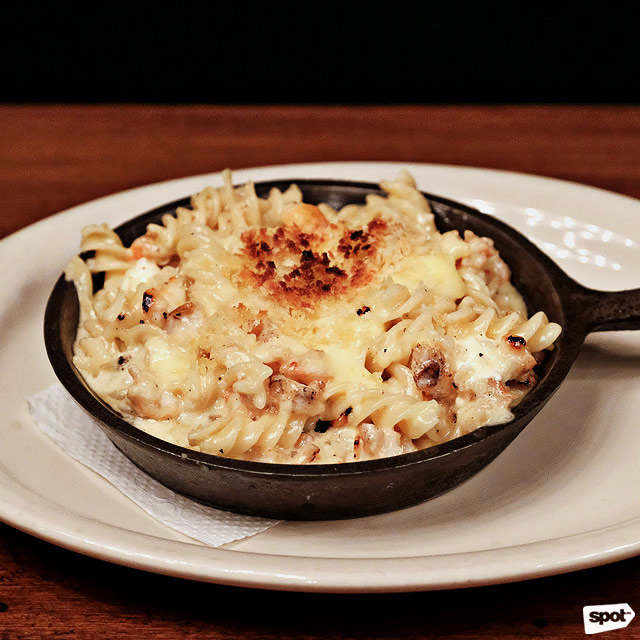 Served on a tiny cast iron skillet, this mac and cheese tastes just as yummy as it sounds. The juicy chunks of shrimp cuts through the monotony of the dairy. The mixture of crème fraîche and cream cheese sauce brings the dish together. It’s definitely suited for the mature palate. The more affordable and just as delicious alternative is their Classic Mac and Cheese (P360). 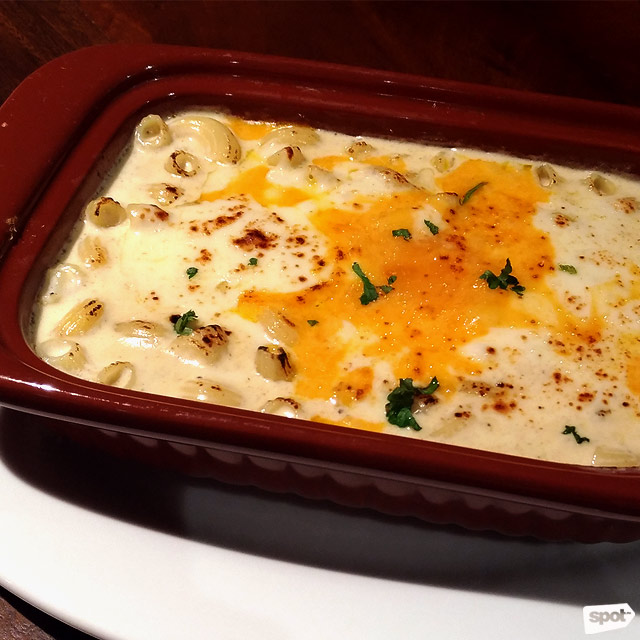 Cutting into the baked blanket of mozzarella and cheddar reveals inches and inches of stringy cheese inside. You’d have to twirl it several times with your fork before you can pull apart the pasta. This dish has all the basic components down and sometimes that’s all you need and nothing more. 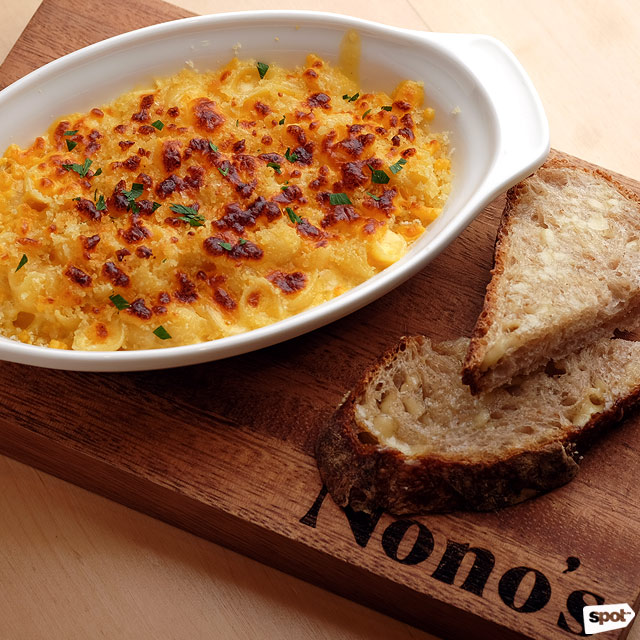 The use of shell pasta in this mac and cheese is genius—the hollow shape lets you get every drop of cheese (Chef Baba Ibazeta-Benedicto uses a mix of gruyère, cheddar, and parmesan) so each bite is a burst of cheesiness that never lets up until the last bite. You can add a few bucks for bacon, but its homey flavors are already delicious on its own.

Nono's is at G/F UP Town Center, Diliman, Quezon City. 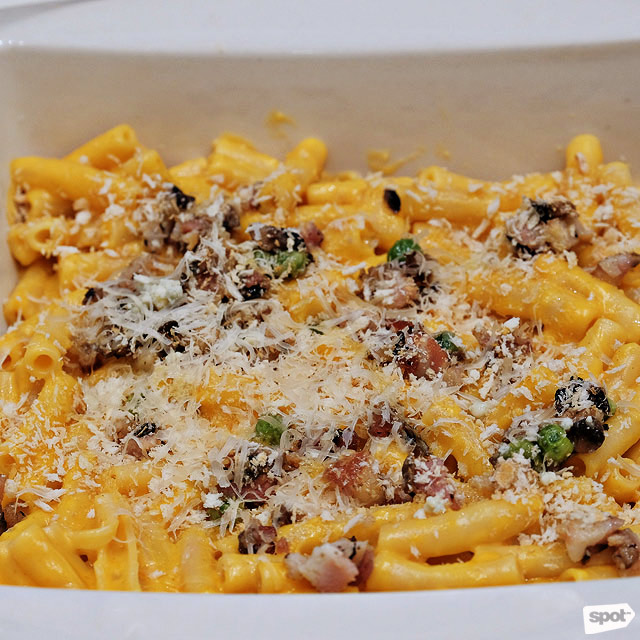 The pungent aroma of truffle oil wafts in the air as a generous serving (it can probably serve up to three people or one very, very hungry individual) of the colorful pasta dish is placed on the table. This mac and cheese has the usual bacon topping, but it also has mushrooms and green peas that makes so much sense once you get a spoonful in your mouth. Truffle? Cheeses like parmesan, cheddar, and blue cheese? Good price point for the amount of food you’re getting? With this one, you'll never go wrong. 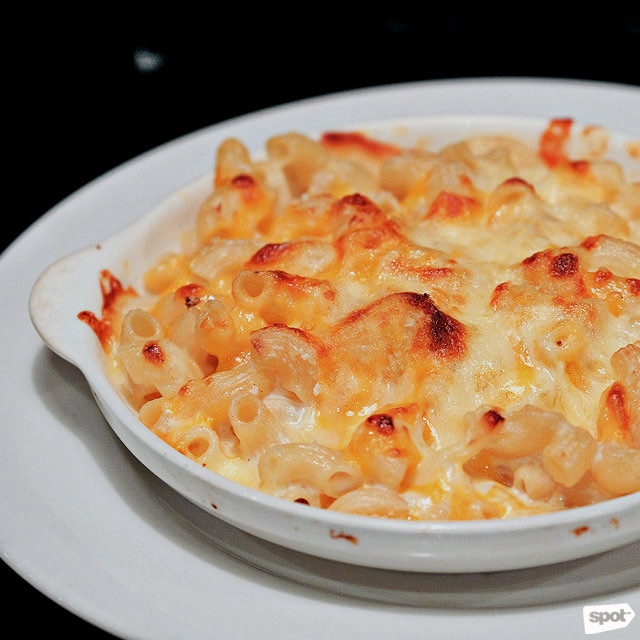 Aside from the panko bread crumbs that gives its chewy, cheesy crust made up of gruyère, cheddar, and mozzarella more texture, this mac and cheese is simplicity at its finest. This no-frills dish doesn't need fancy-schmancy ingredients or hipster cast-iron serving plates to wow the diner. It just includes the OG essentials that will tickle your taste buds with a buttery warmth. It looks and tastes genuinely homemade (like straight out of mom's oven) and every bite will make you feel like you’re just chilling in the dining room with your family instead of at a bar. Step up this mac and cheese's game by throwing in some bacon for added crunch. 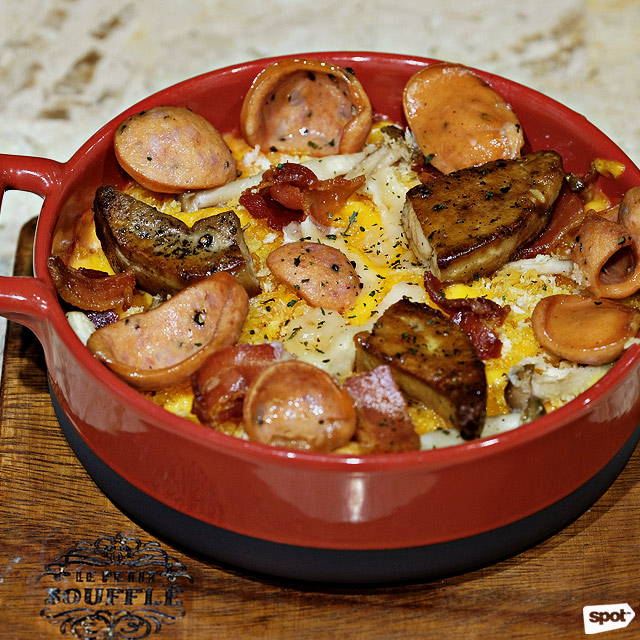 Don’t be fooled by the serving size. With the variety of decadent components like raclette, Hungarian sausage, and seared foie gras on the plate, it’s more than enough to fill you up for the meal. The pasta is cooked al dente and has enough give that it doesn’t break into mush immediately. Surprisingly, the overloaded toppings don’t distract from the mac and cheese and instead, complement and even enhance the base flavor. It’s an organized chaos, a symphony of flavors where every ingredient plays its part well. And you know what? It doesn’t even need truffle oil to stand on its own. It actually tastes just as good without the pricey foie gras when you order the Just Mac and Cheese (P325).