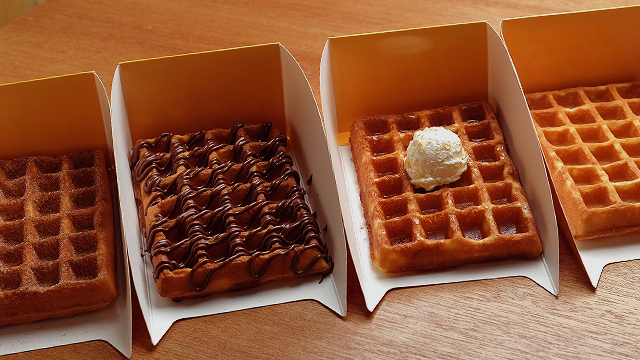 Their waffles are guaranteed to brighten up your day. 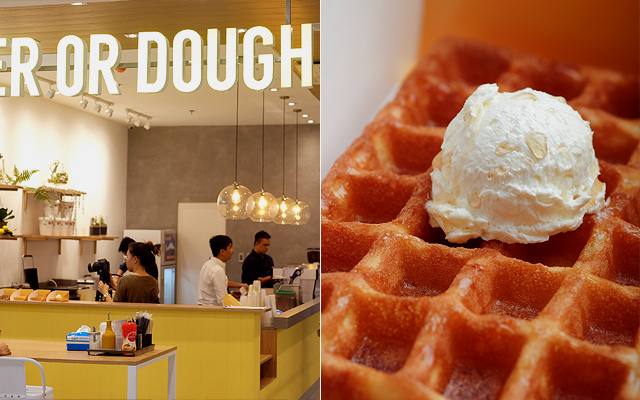 (SPOT.ph) Sometimes, great things happen by accident—or in this case, great waffle places. “It wasn’t really planned,” shares Kim Luna, who owns Batter or Dough with sibling Bea Luna. “In the beginning, we wanted to open a specialty coffee shop, but we couldn’t find a good place. Bea and I were starting to think that the wait was taking unusually long. And we had the concept taste-tested in every possible location.”

“We did a lot of taste tests talaga, and the exceptional feedback was always on the waffles,” finishes Bea. 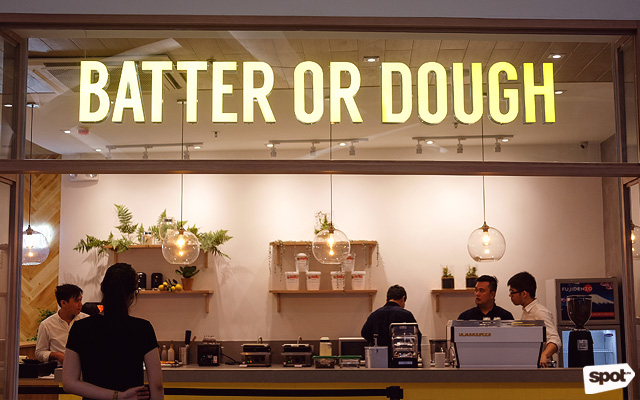 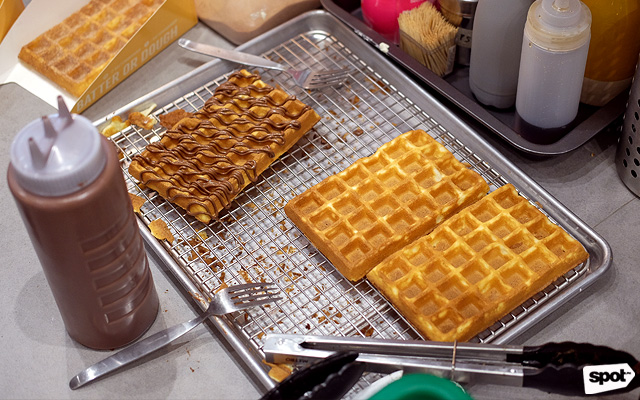 Perhaps it shouldn’t have come as a surprise, considering that Kim and Bea spent “almost six months to a year,” by their estimate, on perfecting their waffle recipe. Bea, a self-confessed waffle lover, shares: “We realized kasi that the usual waffles were spongy and bread-like. But what we wanted was something that’s crisp and airy, but still chewy.” 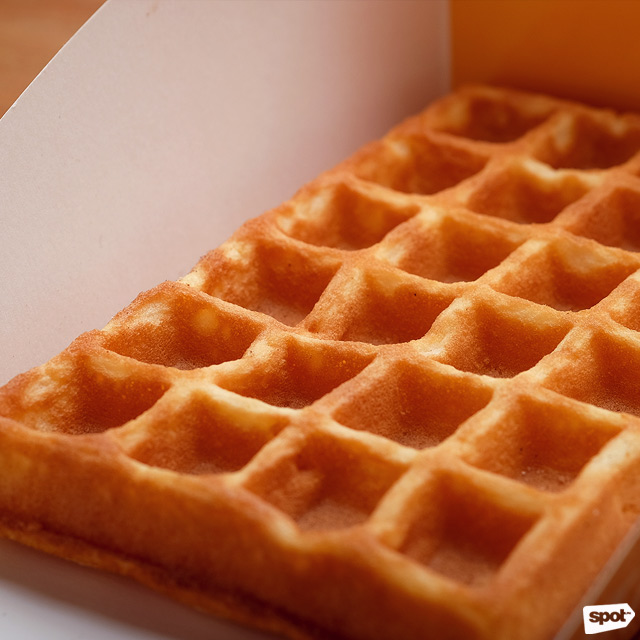 It was a difference you could easily taste from their Batter or Dough Original (P95), or their signature plain waffle. Though best eaten warm, the waffle remains perfectly crisp-on-the-outside and pillow-soft-on-the-inside even after several long minutes out in the cold. The sweetness is also spot-on, making this great for those who don’t possess a sweet tooth, with notes of vanilla shining through.

But while you’ll be perfectly content munching on their Original variant, why not indulge in their decadent toppings? Kim shares that he and his sister made as many toppings as they could from scratch, or outsourced only from suppliers they trusted. “We found that 'yong mga [toppings] that we wanted on our waffles aren’t easily available here,” says Kim. “like whipped butter and maple syrup.” 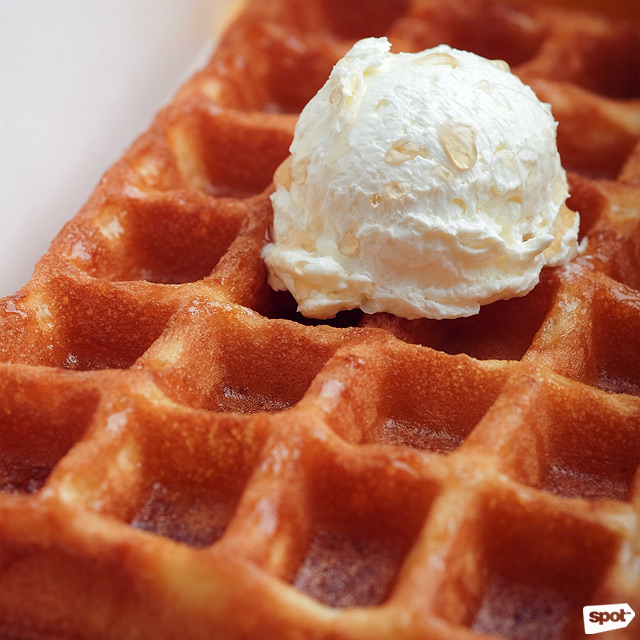 Batter or Dough uses butter they whipped themselves and only real maple syrup—no substitutes—on the Whipped Butter and Maple (P150). Kim shares that any other kind of syrup would have been too sweet. Theirs is just right—there’s no questioning that the waffles are still the star, but the caramel flavor of the syrup takes it a notch higher. 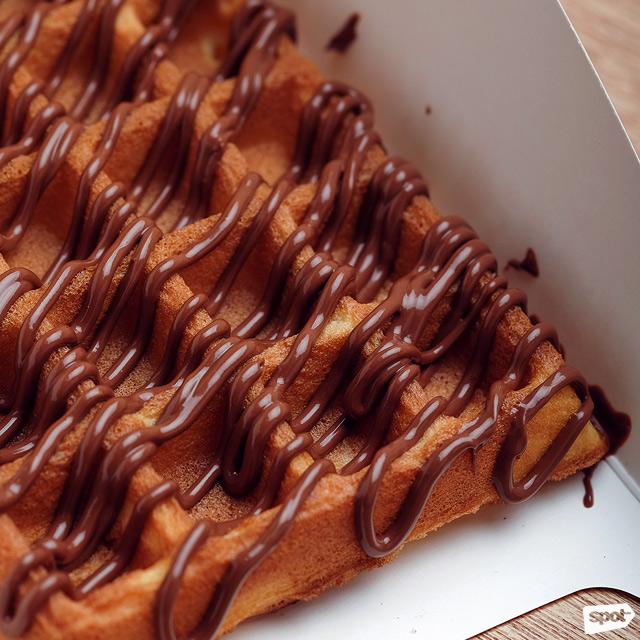 Their Nutella (P150) is generously drizzled with the hazelnut spread so every bite of your waffle gives you the right amount of nutty chocolate-y goodness. 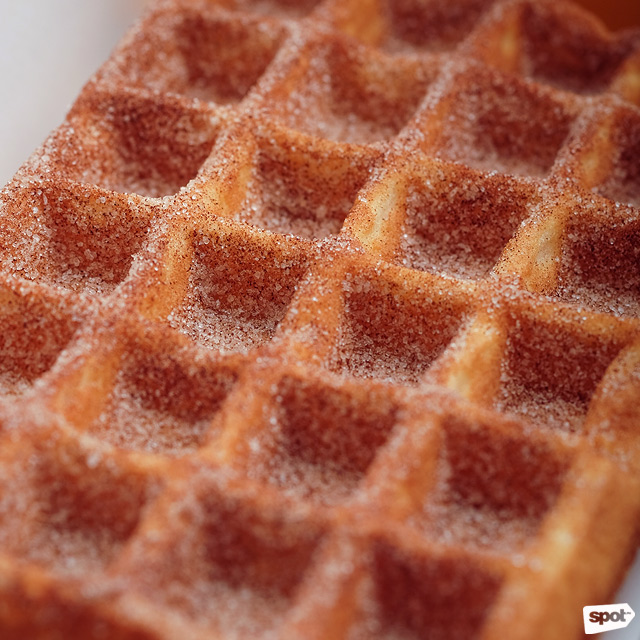 You can’t go wrong with the classic Cinnamon Sugar (P135), either. The generous dusting of cinnamon and sugar gives the waffle an enjoyable crunch, and the spice of the cinnamon is a great contrast to the vanilla-flavored waffle.

With its yellow color palette and bright interiors, Batter and Dough is a spot of sunshine in bustling SM North EDSA. Perfectly appropriate for a waffle shop that hits the sweet spot on every note, making your day a little brighter with each bite.

Batter Or Dough Waffles Sm North Edsa Quezon City
Your Guide to Thriving in This Strange New World
Staying
In? What to watch, what to eat, and where to shop from home
OR
Heading
Out? What you need to know to stay safe when heading out