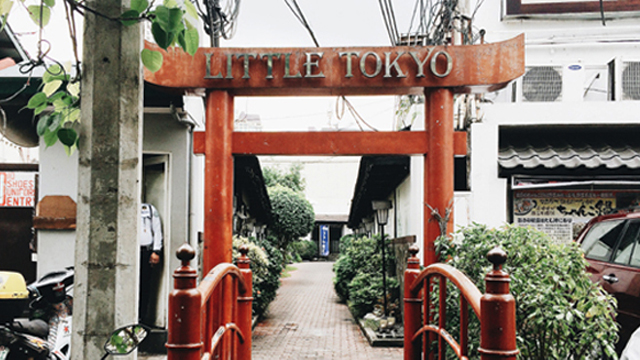 (SPOT.ph) When news broke that the Makati Regional Trial Court ordered the tenants of Mile Long to vacate, longtime regulars were understandably upset. The prime spot was home to many classic Japanese restaurants—enough for it to be considered an extension of sorts of Little Tokyo. At the heels of this news came more grave gossip: Could Little Tokyo, home of famed Japanese restaurants like Izakaya Kikufuji, Hana, and Yamazaki Ramen House, among others, also be closing down?

Hi everyone!! We would like to kindly ask for a favor. Please do not spread rumors that Little Tokyo is closing down. We are not.

In a series of tweets posted today, August 17, Japanese restaurant Hana, popular for their takoyaki, has asked their patrons to stop "spreading rumors" of Little Tokyo's alleged impending shutdown. Through the Twitter thread, Hana clarifies that they've talked to their landlord (Triplex Enterprises), who reassured them that there are no plans of closing Little Tokyo. Hana has also begun some small renovations, which they said they wouldn't have done if they were indeed moving away.

Through a quick phone call with SPOT.ph, sushi and bento resto Seryna also confirmed that they are not shutting down, having just renewed another two-year contract with Triplex, with plans to renovate. They added, "Rumors of Little Tokyo closing down have been circulating for years now, but we're still here." Yamazaki Ramen House and Grocery, on the other hand, also confirms through a phone interview that they don't have any plans of ceasing operations.

Could the rumors really be baseless? Whether you think they're true or not, you shouldn't wait until it's too late to head over and explore this hidden gem in Makati.

Kikufuji Makati City Japanese Food Little Tokyo
Your Guide to Thriving in This Strange New World
Staying
In? What to watch, what to eat, and where to shop from home
OR
Heading
Out? What you need to know to stay safe when heading out