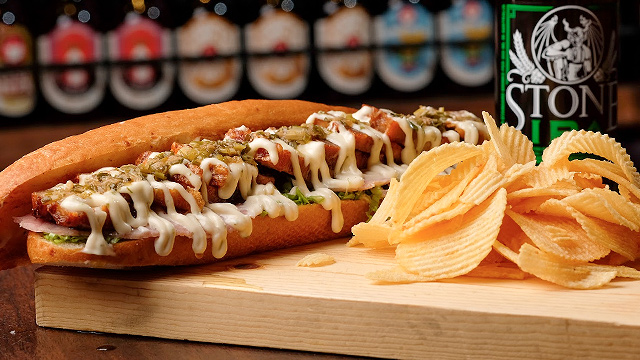 This Lechon Sandwich Is the Perfect Partner for Beer

Lechon. In a sandwich. Thank you for your time. 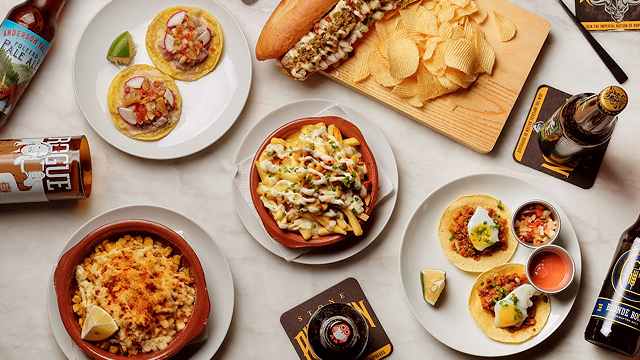 (SPOT.ph) Just when you thought Global Beer Exchange founder Jim Araneta would settle into his throne (made of craft beer bottles, of course), he surprises you with a whole other string to his bow.

He won't claim credit, though. He's had help from Chef , whom he specifically sought out for The Bottle Shop's new menu. 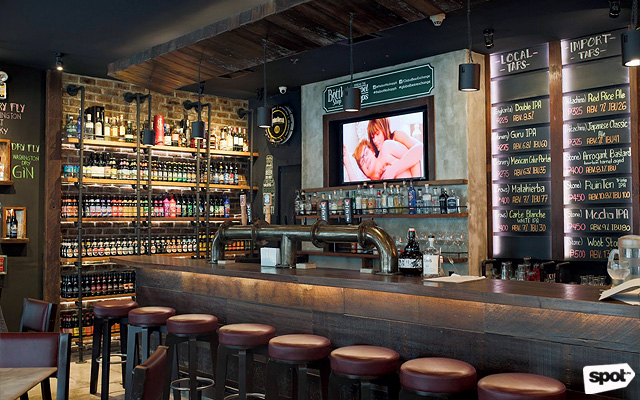 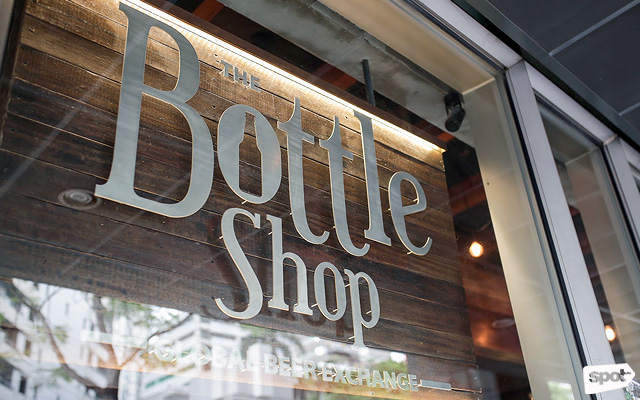 While the establishment itself is composed of gorgeous neutral-colored materials—concrete, stained wood, marble, and minimal metal—the eye is drawn to the television screen towards the far-left corner. "My partner's daughter chooses the movies we show. They've mostly got to be visually compelling," explains Jim, gesturing to The Grand Budapest Hotel on mute. "She's got a good eye for it." 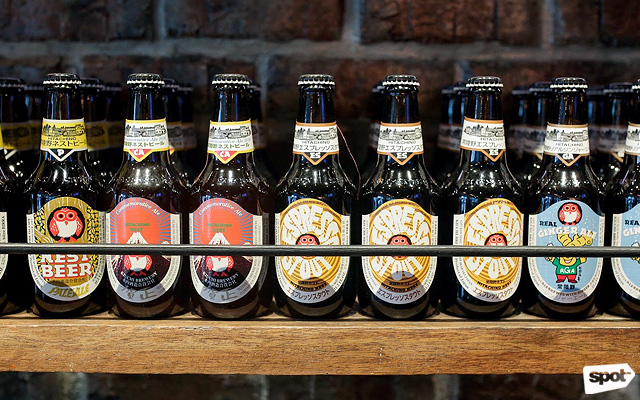 Similarly, Jim's got a flair—more of a honed skill, really—for pairing beers with the food. Because like any great leading actor, a good beer needs a good supporting cast. 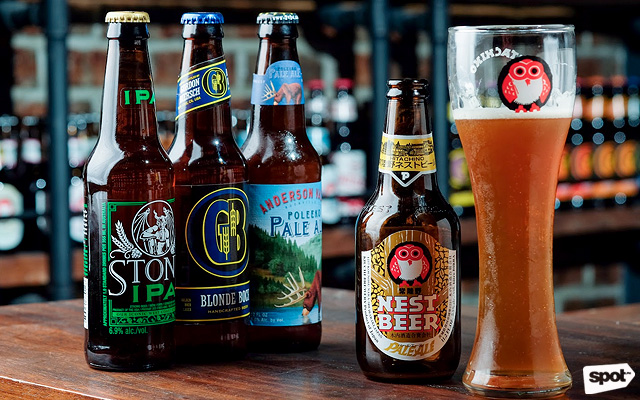 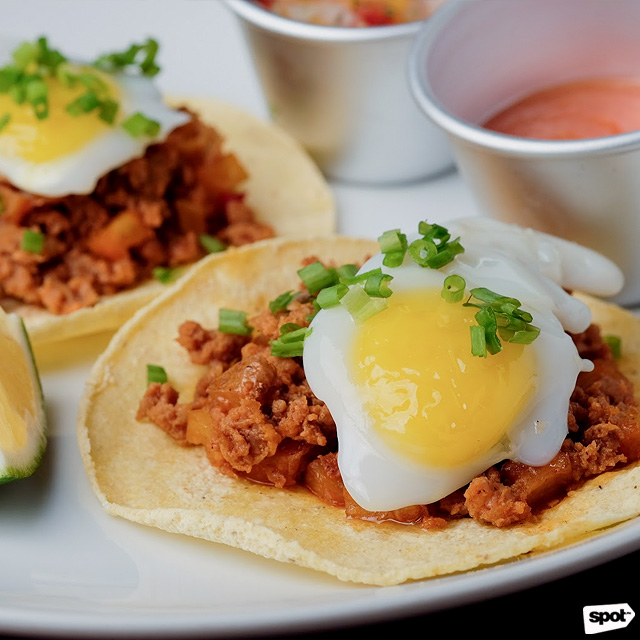 The Chorizo Taco (P199), for example, he pairs with a Rogue American Amber Ale (P275). The underlying paprika scent topped with a fried quail egg is subdued by the bitterness of the and somehow balanced out at the same time. 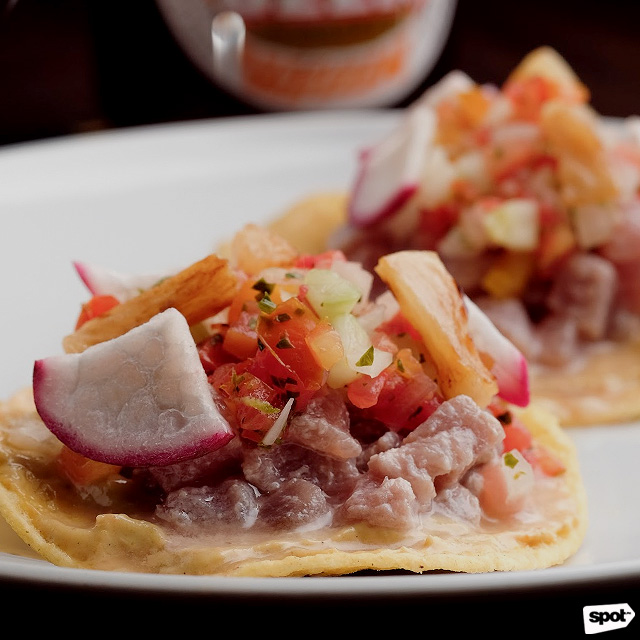 But for the Tuna Ceviche Tostadas (P199), a Hitachino Weizen (P300) is more appropriate. The flavors of this taco are fresher, so it'd be a shame to downplay them. Instead, they're heightened by the slight fruitiness of this beer. 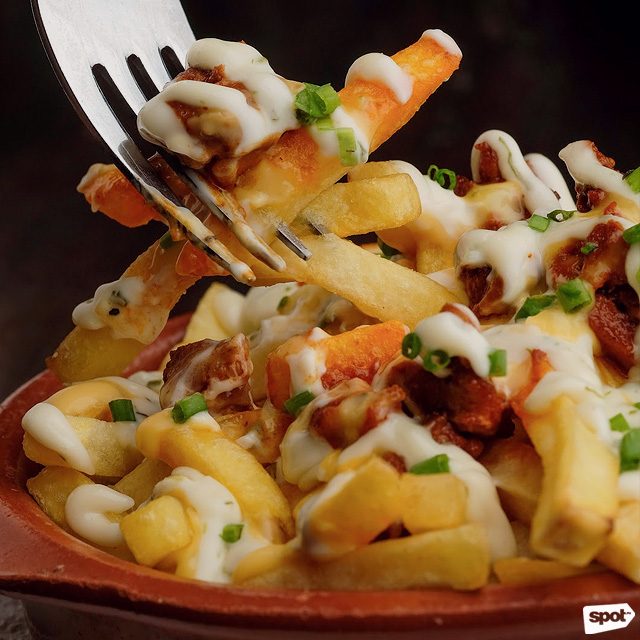 Yes, it's called Mexican Poutine (P210) and it is every bit as good as it sounds. The jalapeño cheese and lime-cilantro crema partner well with the rich head of a Gordon Biersch Blond Bock (P175), but then, they're fries. You just might be able to pair it with anything; it's encouraged! 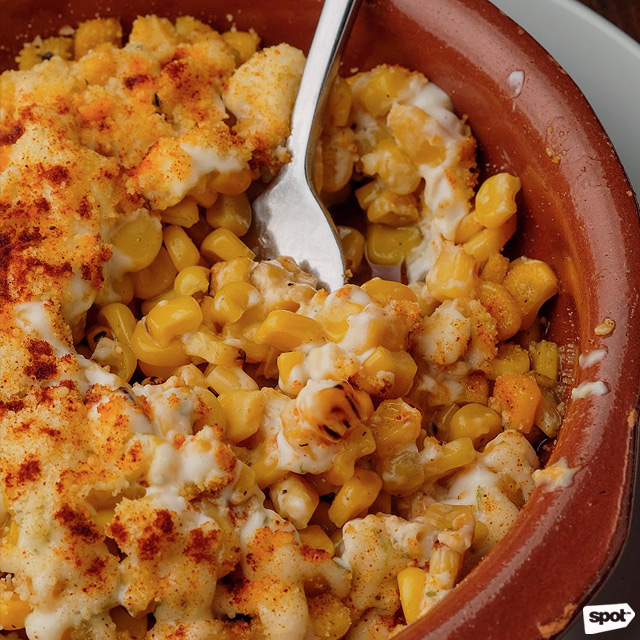 For something milder overall, you can have the Elotes (P210) with an Anderson Valley Poleeko Pale Ale (P 250), which complement one another almost too well. The grilled corn with the creamy, aromatic condiments stands firm against the light crispness of the ale. 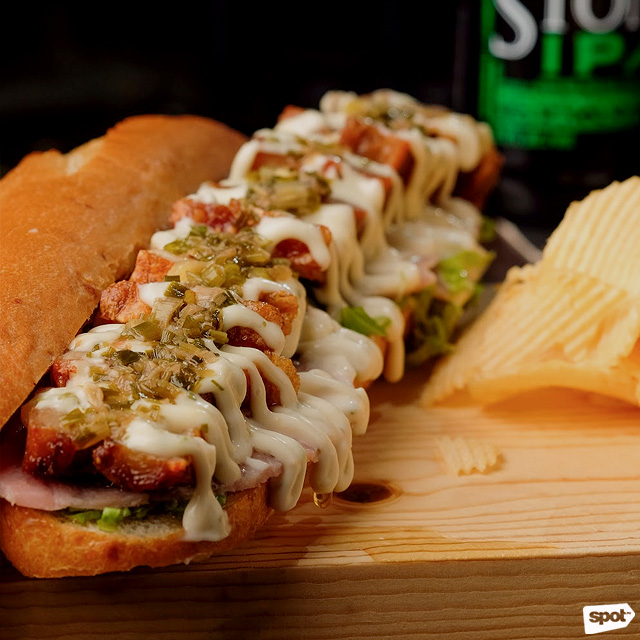 Then there's the Lechon Torta (P349), which should really be called the Apocalypse Sandwich. This is our logic: It doesn't matter how much you love somebody. You will not share this with them. Its Parmesan bolillo and garlic-lemongrass chimichurri will make you a selfish person. The only way you'd part with this sandwich is if it was the actual apocalypse and your loved one was starving. Admittedly, the flaw here is that you probably wouldn't come across this thing if the world were crumbling around your ears, but, you know. You get it.

The bright flavor of the Stone IPA (P250) is just enough to cut through the juice and crunch of the within. In the sandwich, not ourselves.

Borne out of a dramatic dip in the Mexican menu around BGC, The Bottle Shop has definitely delivered. If there was a bar chow version of the Oscars, this lineup would definitely get a nomination.