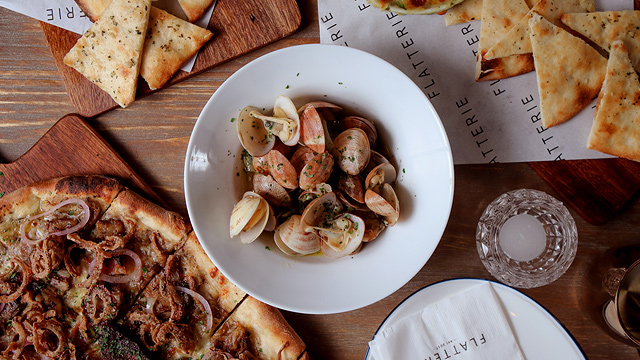 Flatterie’s Savory Pizzas and Pastas Are Anything But Flat

Todd English's latest offshoot is awesome in every way-and that's not simply flattery.

(SPOT.ph) Combine an easy-going, almost-posh atmosphere with a take on flatbreads that is somehow both original and traditional, and you've basically got the newest winner of casual dining: Flatterie, the latest restaurant concept from FOODEE Global Concepts (the same group behind Tim Ho Wan, Todd English, and Pound).

Another day, another concept—that might as well be the motto of this restaurant group. Some cynics might feel that there's a bit of quantity-over-quality compromise happening behind the scenes, but this just isn't the case for the latest offshoot of Todd English. 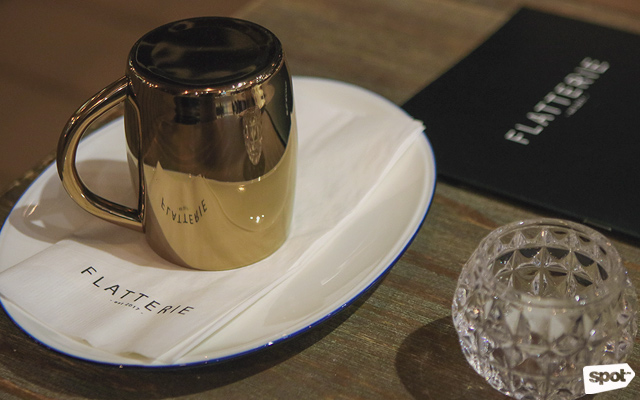 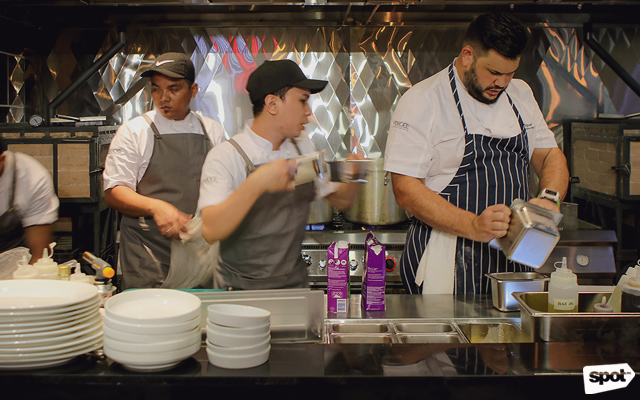 With black tiles against wood, warm lights, and reflective surfaces wherever it's reasonable to have them, Flatterie strikes a balance between rustic, minimalist, and shining-shimmering-splendid. This new addition to the South Arcade of MOA is hard to ignore on both a visual level and a gastronomic one. 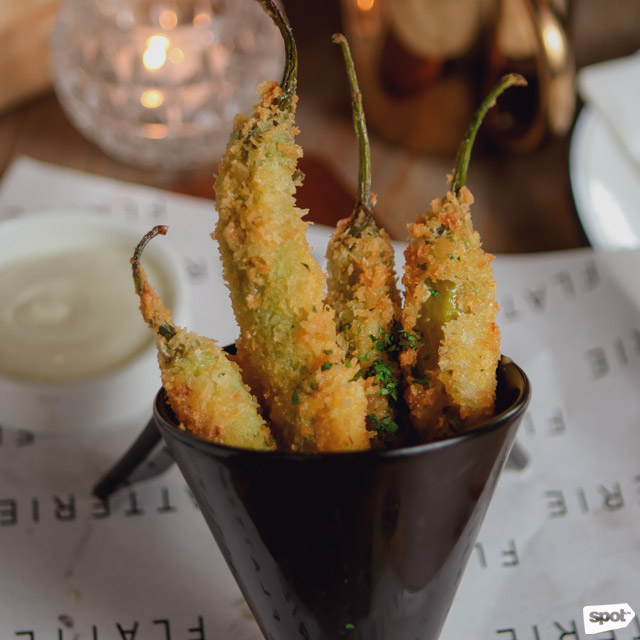 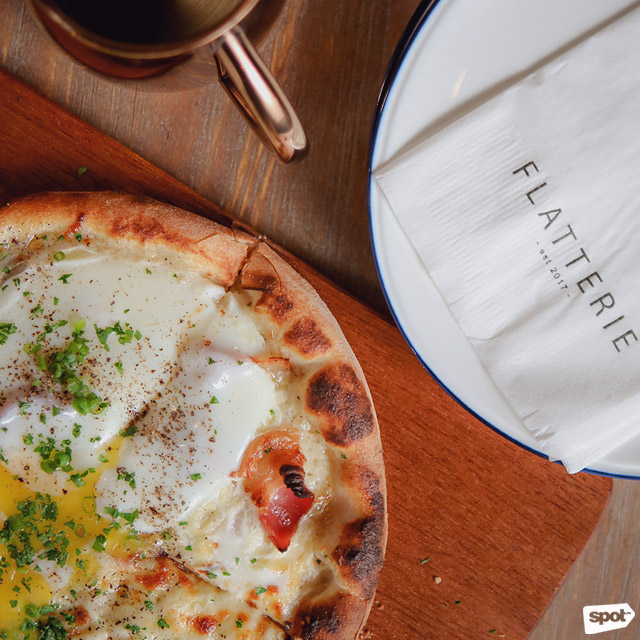 The Jalapeño Poppers (P180) come with a creamy aioli that you could ignore in favor of placing the whole chili on a slice of, say, Carbonara (P300) flatbread. Oh yeah, “slice of Carbonara” is not a phrase we ever thought we'd get to utter. 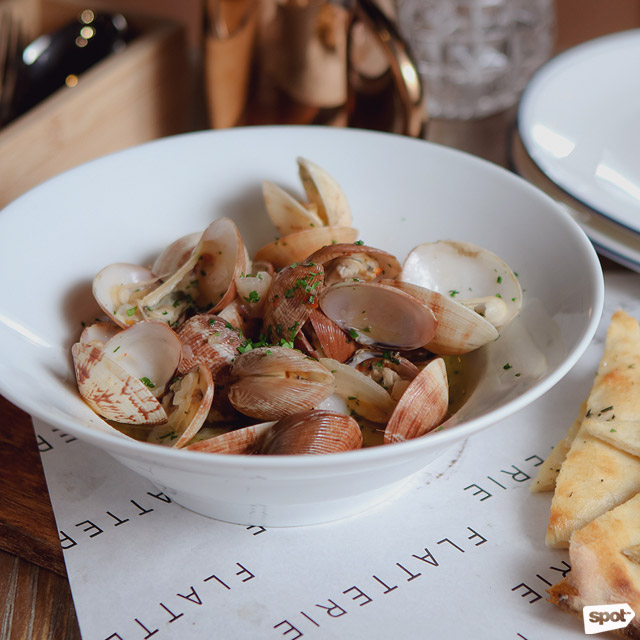 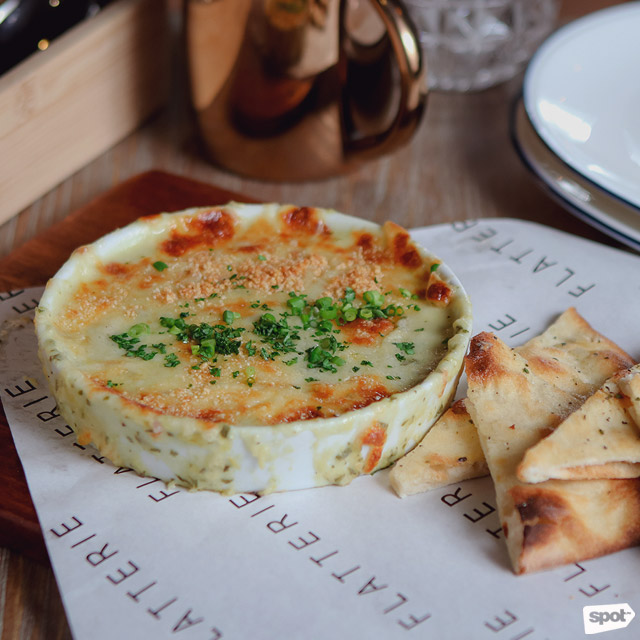 The Clam Bowl (P220) is nothing short of gorgeous, because when would a blend of white wine, garlic, chili, and butter ever not be? Add in the Spinach and Artichoke Dip (P260), which has all the comforting goodness its name promises, sans the pungent hit it can sometimes possess, and you've already got the formula for turning a bad day around. 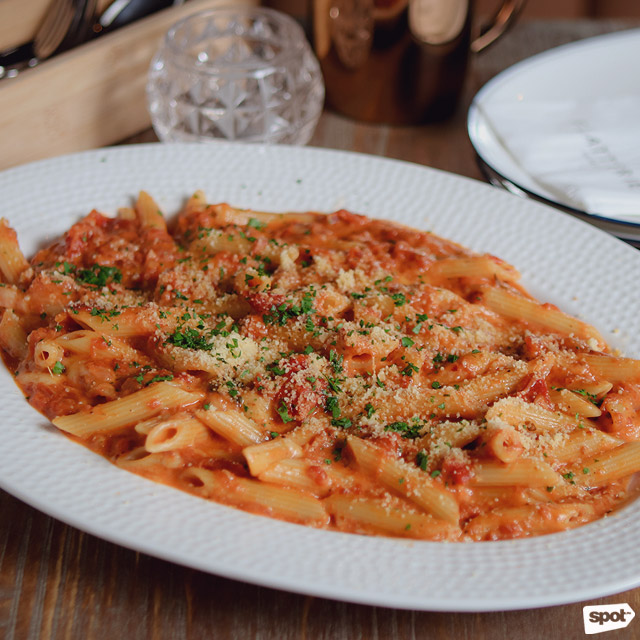 If you're really in a bad way, though, the Penne Al Telefono (P320) can get you back on your feet in no time. Never underestimate the power of penne in a creamy tomato sauce—and if that sounds too simple for you, then you need to march your butt down to Flatterie. Get ready to be proven wrong. 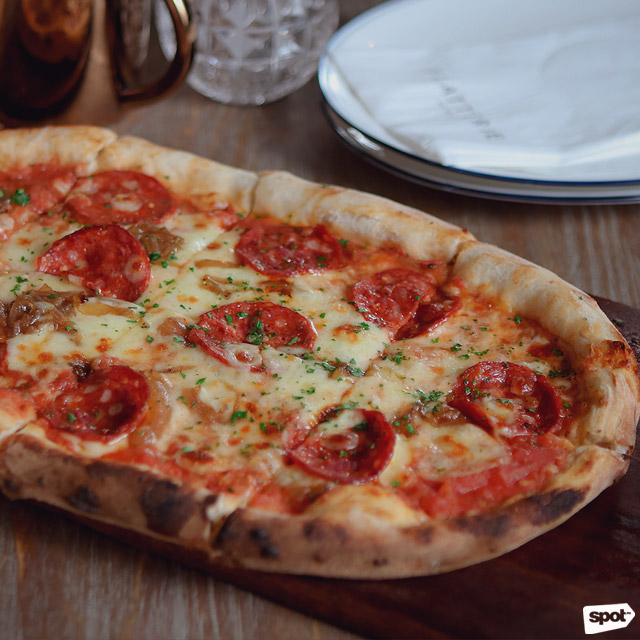 The name might strike some as pseudo-French, but it is 100% pun: Flatbreads are the star here, so prepare to be amazed. The Bronx Bomber (P350) is a crowd pleaser in all the best ways. The slices of pepperoni are the first to meet your eye, giving it the familiar look of pizza, but it's the caramelized onion that makes it inexplicably amazing.

Then there's this absolute monster of a luxury platter that they've decided was a good idea. It's not.

It's a great idea. 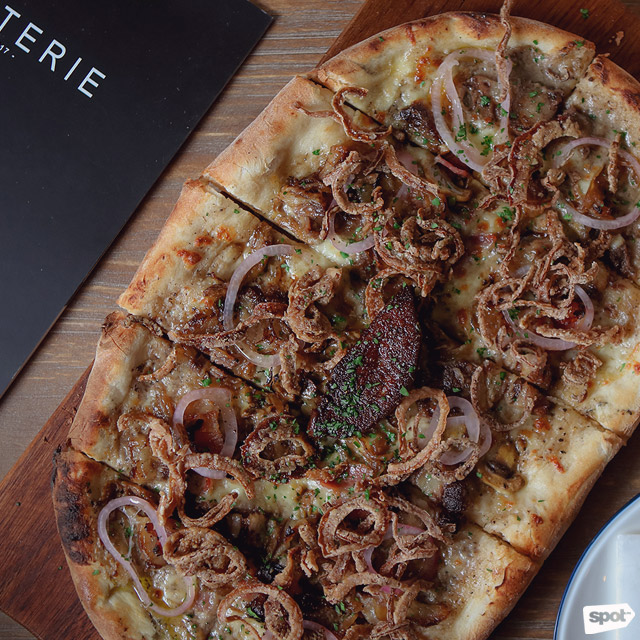 It's called Indulgence (P890). Think steak. Then truffle oil. Then fried onions. Then brace yourself for the slab of foie gras right smack in the center of it. Okay, we know, it sounds like a lot...and it is. But extravagant doesn’t mean “not well thought out.” The teeniest bit of the foie is enough to balance out all the other flavors. It sounds almost stupidly opulent, but it's the truth. 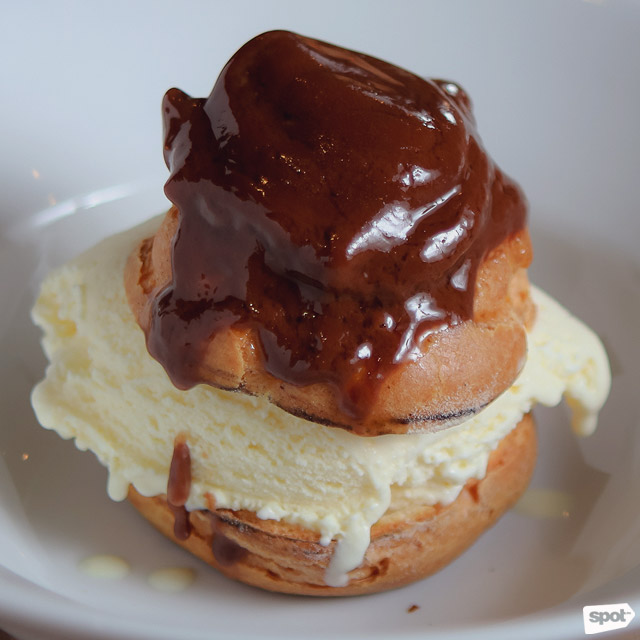 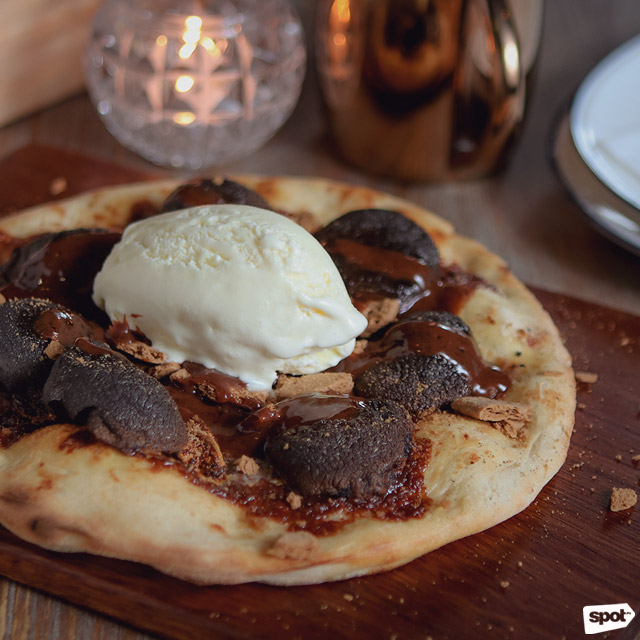 Cap off a hearty meal with dessert, because why not? The Ice Cream Puff (P220) has this perfect dollop of chocolate on top, taking both the ice cream and the cream puff to a whole new level. But what we're really into is the S'mores Flatbread (P270) because A) charred is the only way to eat marshmallows, and B) there's just something about the chocolate and ice cream that makes it—dare we say it?—perfect.

Add the candlelight, and is the perfect place for either a date or a friends’ night out. And that's not simply flattery.

Foodee Todd English Pasay City Sm Mall Of Asia Flatterie
Your Guide to Thriving in This Strange New World
Staying
In? What to watch, what to eat, and where to shop from home
OR
Heading
Out? What you need to know to stay safe when heading out