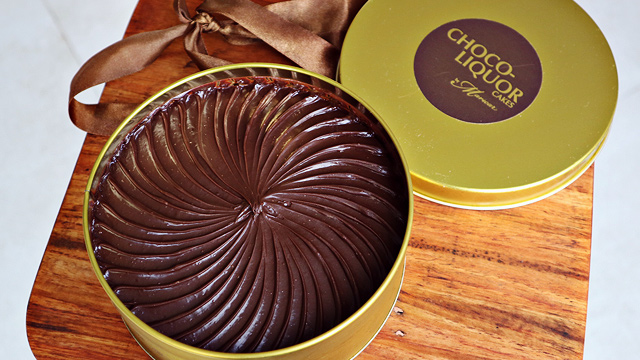 This Moist, Wine-Infused Chocolate Cake Is the Treat You Need Right Now

Maricar Reyes-Poon tells us the secret behind her famous spiked chocolate cake.

(SPOT.ph) In the world of major-league dessert staples, it seems nothing can beat a creamy and fluffy chocolate cake. It’s so ubiquitous that almost every café and pastry shop has one. Heck, you might even have some leftover choc cake hiding somewhere in the fridge! For many of us '90s kids, it was chubby schoolboy Bruce Bogtrotter’s unforgettable chocolate cake-eating scene in Matilda that made us crave a big ol’ slice; we’d eat it just as fast even without Miss Trunchbull snooping around.

Meanwhile, everyone has their own idea of what makes the perfect chocolate cake. It may be that explosive sweetness that hides between its soft layers, or maybe it's the cacao’s pleasant nuttiness. Or it could be the decadent, delicious feeling of indulging yourself with something that's a little bit sinful and making your taste buds sigh with pleasure. 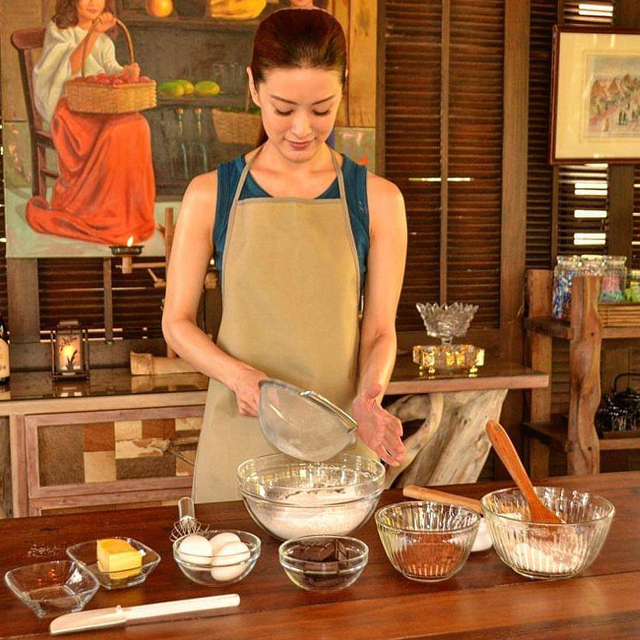 There’s no right or wrong answer, but if you ask actress Maricar Reyes-Poon of Chocoliquor Cakes by Maricar, she’ll say she has a soft spot for anything chocolate—specifically a decadent and moist choc cake with balanced flavors. And it was this undeniable love for sweets that led her to create her own version of the chocolate cake, which now has a cult-following of sorts.

Maricar set up her little cake shop in 2015 with husband, singer Richard Poon, while juggling the responsibilities of being a full-time actress. Before launching the business and joining weekend bazaars, the couple spent months working on finding the right recipe for their indulgent, alcohol-infused chocolate cake.

“[R&D] took a while,” recalls Maricar. She says in jest, “…and we consumed a lot of experimental cakes in the process.” 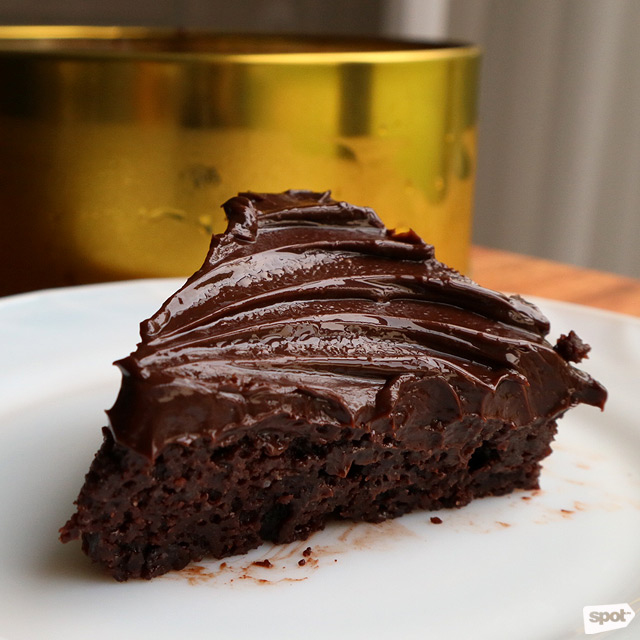 If you’re familiar with spiked cakes, the first thing that’ll probably pop in your head could be the fruit cake, a buttery, rum-infused treat that’s traditionally served during the holidays. Maricar’s “chocoliquor” cake is quite similar if you’re talking about drunken desserts, only hers is made with rich, dark chocolate.

Packed in an elegant gold tin with a dainty ribbon wrapped around, the chocolate cake has just the right amount of sweetness, which makes it easy to scarf down. Think of it as the adult version—or a refined kind—of your mom’s rustic, homemade chocolate cake. 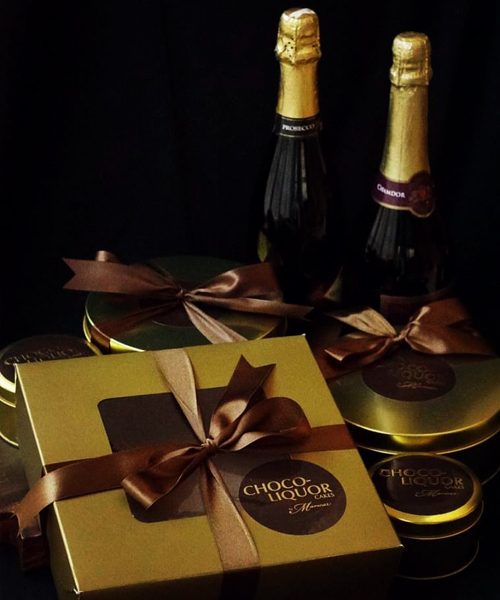 Besides the obvious chocolate, the other element in her recipe that she’d openly talk about is the red wine. Maricar says she uses significantly less alcohol than the average fruit cake because she doesn’t want it to overpower the chocolate’s flavor. Other than that, her lips are sealed. (We’re guessing there’s a tiny dash of fruit extract somewhere in the recipe).

Maricar shares the story behind the satisfying dessert: “Richard was at a party once where his friend offered him some quality chocolate paired with red wine. He was amazed at how the wine enhanced the flavor of the chocolate, so we thought it would be unique if we applied this to our chocolate cake.”

Believe it or not, she and Richard were thinking between creating the chocolate cake shop and a beef mami restaurant. “My husband, who is such a team player, gave in to my preference!” says Maricar. 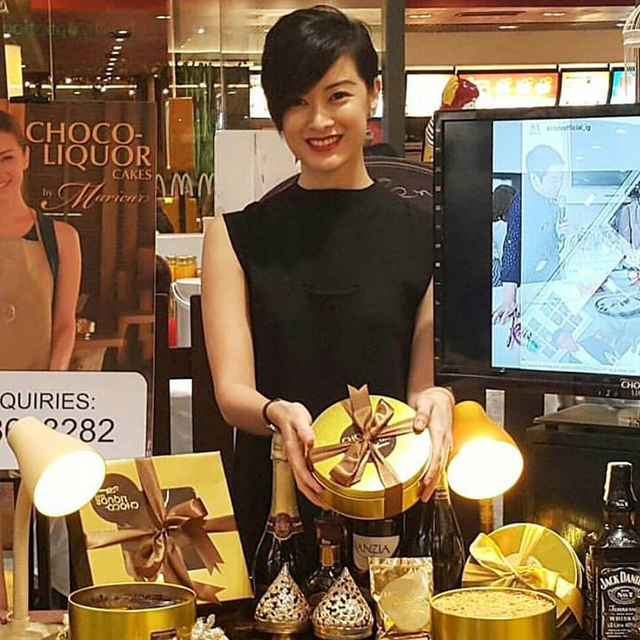 You’d be surprised to know that she manages the cake booth herself at bazaars and markets across the Metro—cake samples in hand, and all.

And although she admits to not having any culinary background, Maricar shares that she’s been baking since she was in high school. From making simple cookies during her teenage years to being the boss of a flourishing cake business, it’s safe to say she’s come a long way. 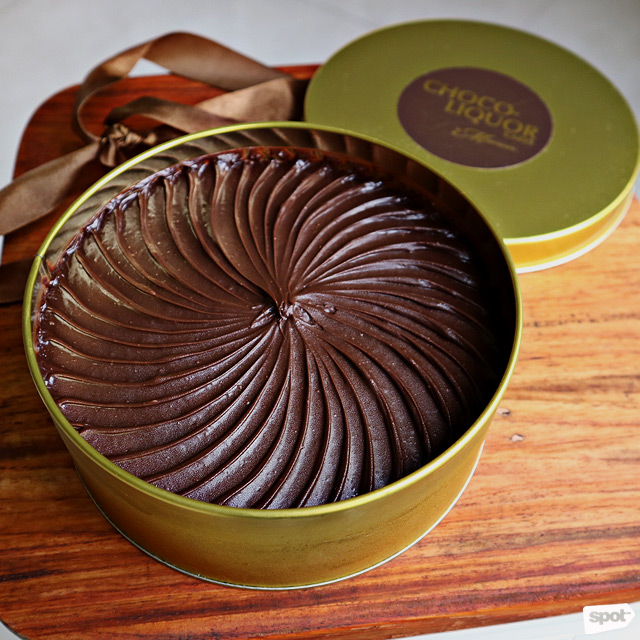 “I can’t say I’m an exceptional baker. I’m not formally trained, but I love research and experimenting,” she says. “YouTube helped a lot.” Apart from that, Maricar says she also got a lot of advice from Richard’s cousins, who own bakeries in Naga City, and his father, who owns Mr. Poon, a 40-year-old restaurant in Malate.

Balancing showbiz and baking, she says that handling Chocoliquor Cakes by Maricar is a “happy challenge.” Since she baked her first experimental cake in 2014, and dozens more after that, it seems that Maricar has already nailed her perfect chocolate cake recipe. And it isn’t just her fans who are genuinely loving it.

Chocoliquor Cakes By Maricar Chocolate Cake Maricar Reyes Chocolate Dessert Interview Cake
Your Guide to Thriving in This Strange New World
Staying
In? What to watch, what to eat, and where to shop from home
OR
Heading
Out? What you need to know to stay safe when heading out