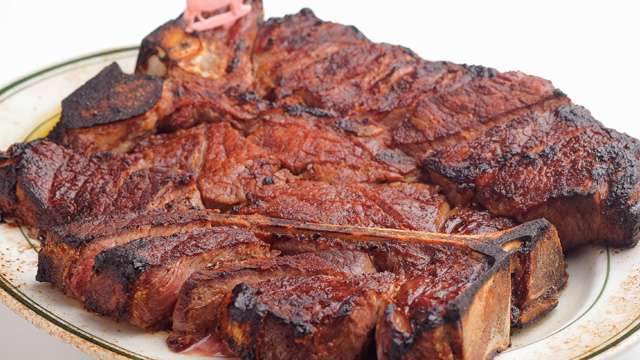 Wolfgang's Steakhouse Schools You on the Art of a Good Steak

Not all steak is created equal.

(SPOT.ph) There’s no question that Filipinos love their meat: From lechon to Korean barbecue, we'll always have some form of it on our plates. Plus points if it also glistens with succulent fatty goodness. But, for the ultimate indulgence, nothing beats a classic steak.

When it comes to steak, the more straightforward it is, the better; after all, you don’t want to mask that natural flavor with anything unnecessary. But, getting the best cut of beef possible on your plate isn’t as simple as it looks. 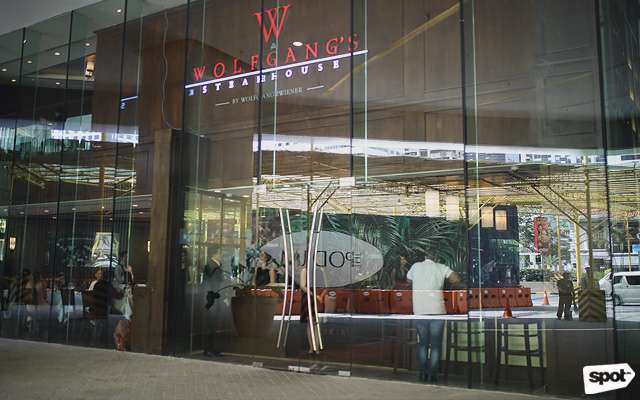 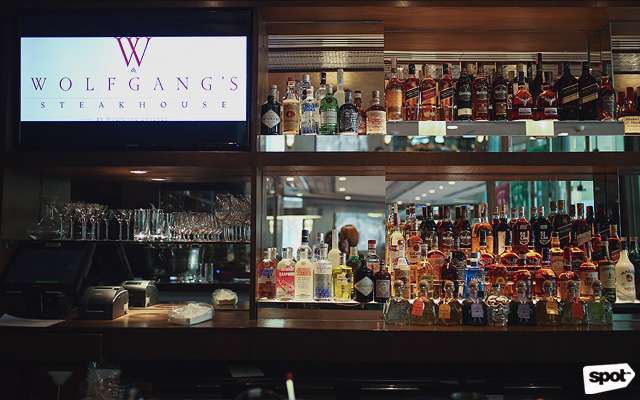 At Wolfgang’s Steakhouse, which just opened their second branch at the new Podium, Wolfgang’s President and Managing Partner, Peter Zweiner, shares that their steaks start with choosing the cattle for their beef, which is USDA-certified Prime Angus or Black Angus only. “The beauty of Wolfgang is we try to keep the consistency,” he says. “The same steak you’re getting here can easily be the same steak you can get in New York or Hawaii or Japan, because we source all our beef from the United States. We use the same ranches, the same purveyors for everyone.” 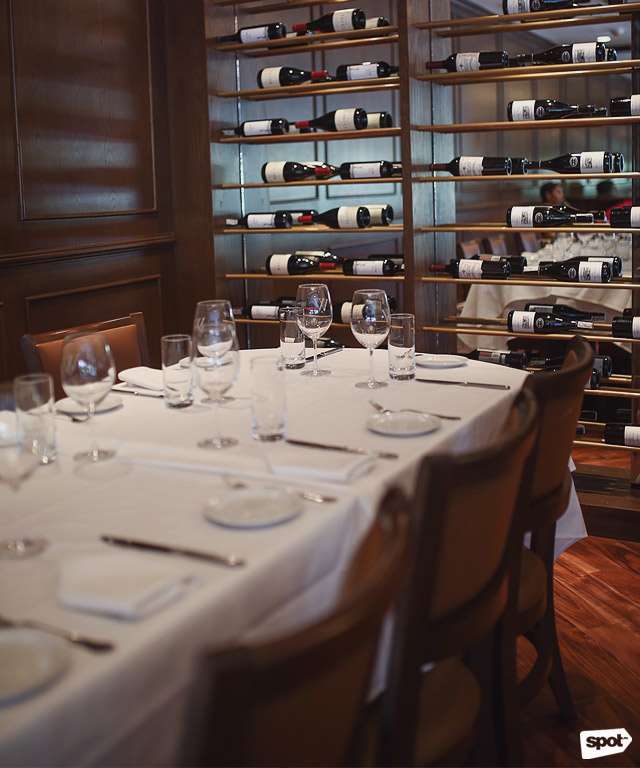 This consistency doesn’t stop with the beef; in all their branches, Wolfgang Steakhouse channels a New York-steakhouse vibe, with a mahogany bar, dark-wood furniture, and a rustic feel all over. Their first Newport branch also features the same look, but the Podium outlet is more intimate, seating only around 80 people—though you would hardly notice. “Usually our branches are a lot bigger,” shares Peter. “But in the Philippines, it’s very area-driven—Bonifacio [Global City], Makati, Newport—and the traffic to get there can be ridiculous. So we decided to build smaller ones and bring the steakhouse closer to the people.” 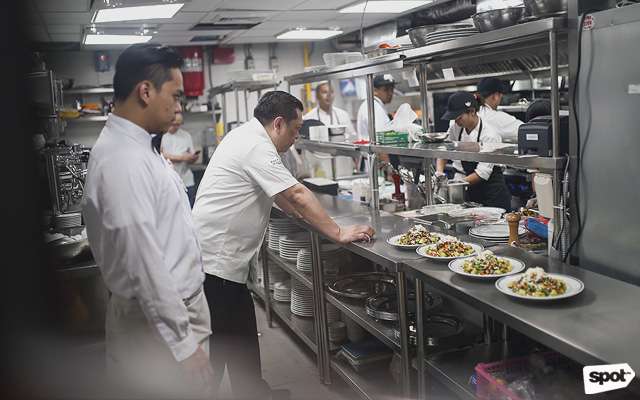 For all their branches, not just in the Philippines but around the world, they fly in their beef from the United States every week: “We never freeze our beef,” says Peter. “It always comes chilled, and we age our beef on the premises.” 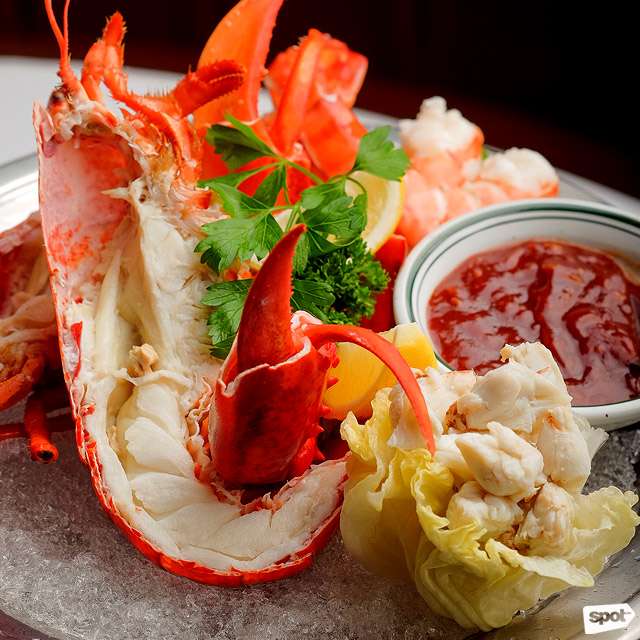 The Seafood Platter (price varies depending on marketplace prices) is a lavish starter that prepares you for what's to come. 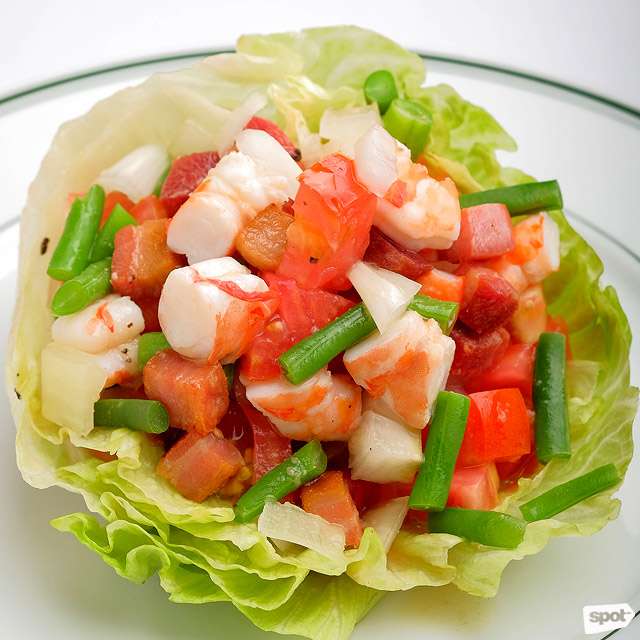 Have your veggies with the Wolfgang's Salad (P428), chockful of Wolfgang favorites like jumbo shrimp and Canadian bacon. 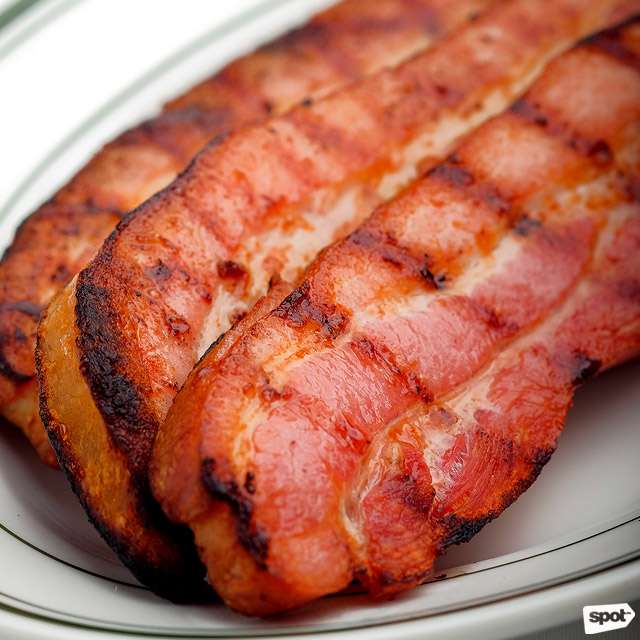 You can also have the Sizzling Canadian Bacon (P268) in thick slabs, perfect if you're feeling extra carnivorous 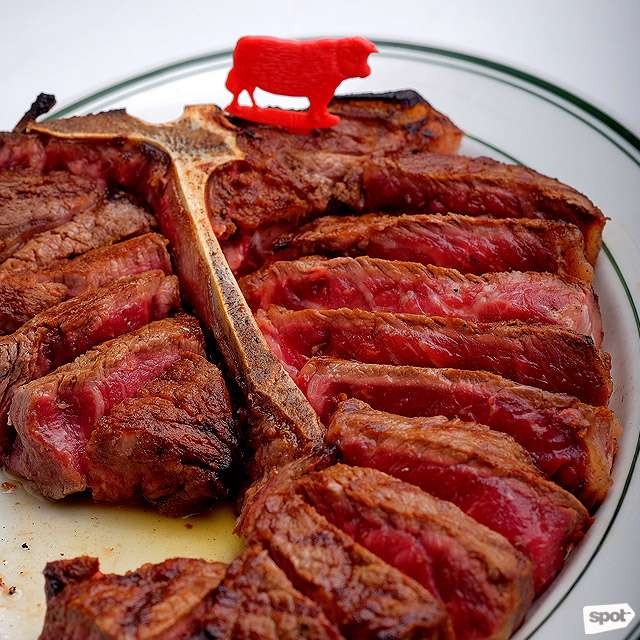 At Wolfgang's, all steaks are dry-aged for 28 days in special ageing rooms, giving them a flavorful crust you can appreciate best in the Porterhouse which you can get For Two (P5,988/one kilogram), For Three (P8,888/1.5 kilograms), or For Four (P11,888). The tender cut gives way easily to the knife, and the flavorful sear makes it even more indulgent, causing all thoughts of salt or pepper to fly out the window. 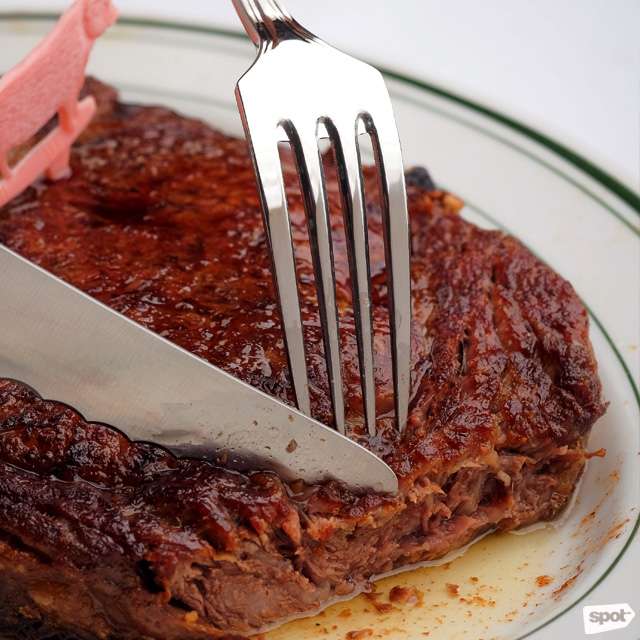 A more succulent option is the Rib Eye Steak (P3,588/600 grams), with a generous marbling of fat that makes each bite melt-in-your-mouth tender. 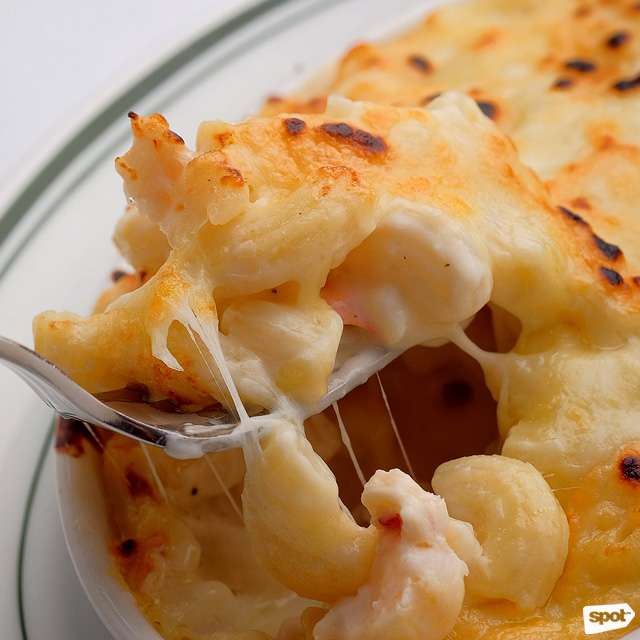 While the steaks provide more than enough flavor for an unforgettable meal, the sides at Wolfgang’s Steakhouse deserve a share of the spotlight, too. The Creamed Spinach (P448) is rich and tastes almost buttery; you’d be surprised to learn this has no dairy added. But if you really want to indulge, have the Lobster Mac & Cheese (P328), the gooey macaroni and cheese hiding generous chunks of lobster for a tasty surprise in every spoonful. The sides are good for two to four people—though if you’re tucking these in with your steak, the sides could very well feed more.

Aside from the steaks, which are part of the dinner menu, Wolfgang's Steakhouse now also has lunch sets called Wolfgang Lite, at both their Podium and Newport branches. Each plate, which will have a salad, side, and main, will be priced considerably lower than their steaks, but you can expect the same quality—for one, their Petit Filet Mignon, which will be part of the lunch sets, are also dry-aged and USDA-certified Prime Angus.

For those days when you need to indulge, Wolfgang’s Steakhouse has proven that they’ve got their steak down pat. Plus, carnivores, you have even more to look forward to, with their third branch opening in Bonifacio Global City tentatively set for June.