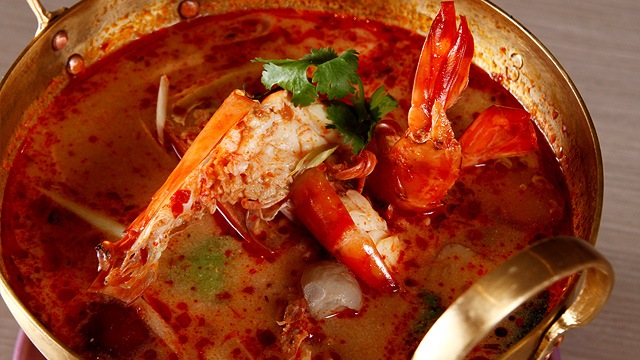 Nara Thai Cuisine Brings You a Little Closer to Bangkok

One bite of pad thai and the world's your oyster.

(SPOT.ph) We know exactly what we're getting from our Southeast Asian neighbor, Thailand. Nara—meaning “Thai woman”—might be a familiar name to those of you who are jet-setters, but even to those who aren't, you're in for a treat. Consider it just another string to Roku Group's bow—they did bring us Sushi Nori, after all. 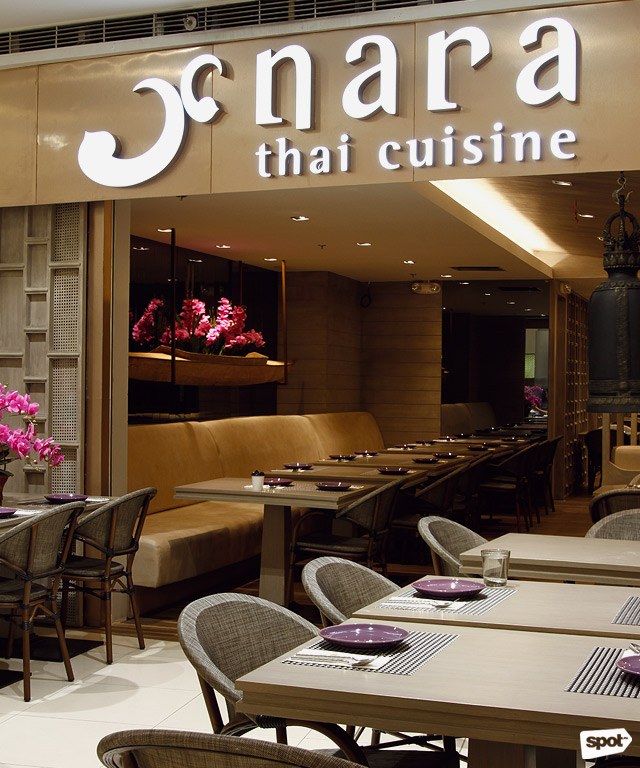 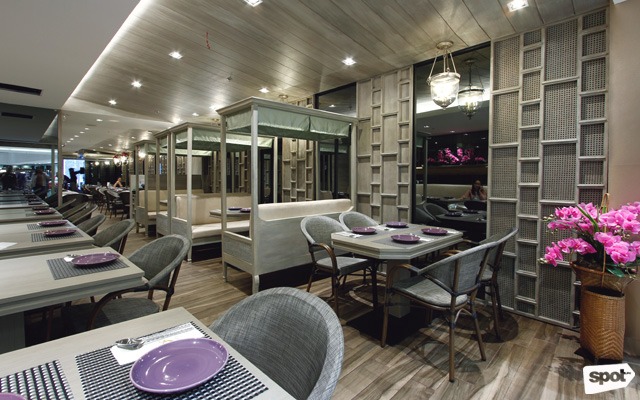 While there are no golden cloisters in which to put any gods, it's still very much one of the key points of the Bangkok dining experience. Instead of those, Nara Thai has muted grays that put the mind at ease, with pops of color typical of orchids to draw the eye. Taking further inspiration from the Land of Smiles, the chairs and walls have woven elements, and the stems of the utensils are textured so that they echo bamboo.

Authenticity is king here, right down to the food.

The Nara Thai Milk Tea (P125) is the kind of drink you could both begin and end a meal with. It puts the sweet in bittersweet without overwhelming you, and if you're not great with spicy food—but love it anyway—this is just the thing to help you survive the burn. But what a glorious burn it'll be. 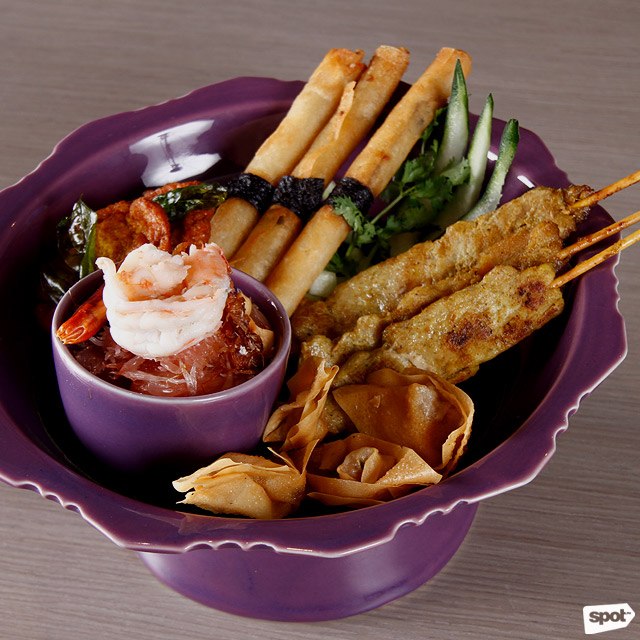 It doesn't have to start that way, though; the Nara Thai Sampler (P495) is a great way to get reacquainted with classic Thai food without necessarily jumping in face first. The chicken satay almost reminds you of the texture of soft white bread, but the subtle marinade really comes through. The accompanying fried spring rolls and pomelo salad give your starting mouthfuls a good crunch and a nice fruity kick, respectively. 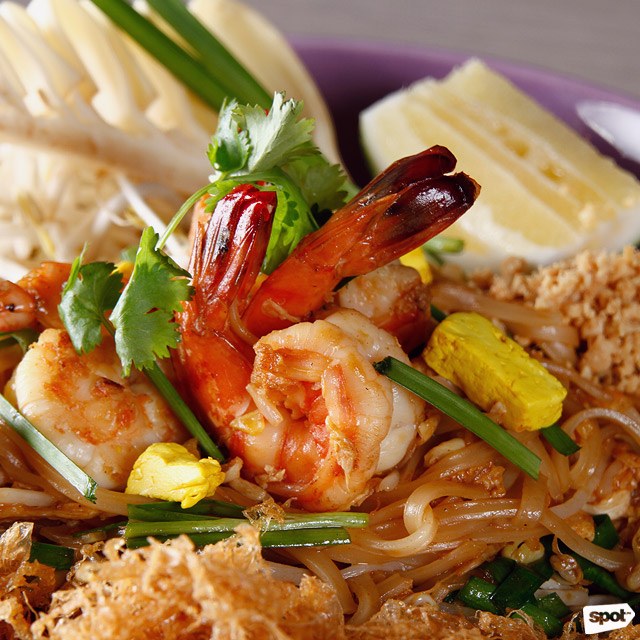 Don't get us started on that Pad Thai Kai Krob (P390). It's basically what pad thai should be—and don't expect any less, given that they went through the trouble of bringing in true-blue Thai chefs—instead of the syrupy, almost sickly sweet mess you normally get. It kind of embodies what Southeast Asian cuisine as a whole is all about: Balance. 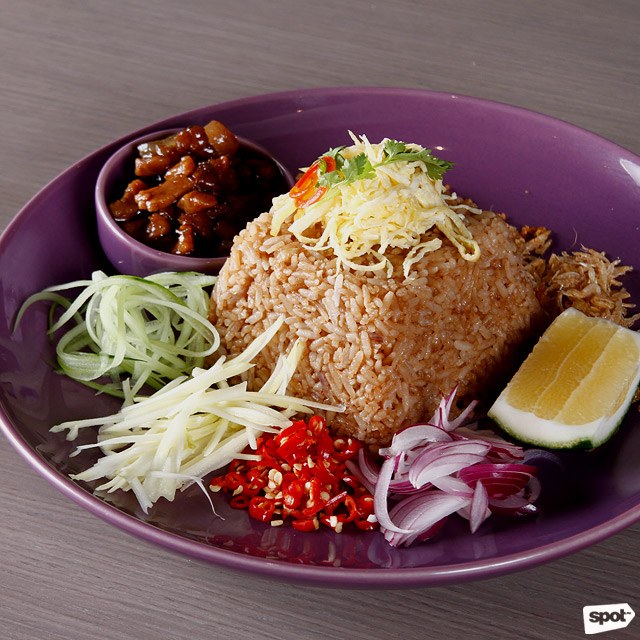 It only gets better from here, so strap in; the Khao Pham Kapi (P245) is essentially elevated bagoong rice, but it's also so much more than that. This is the stuff cravings are made of—salty-sweet and brimming with texture and color. Photos are the most fun a foodie can have without mixing up that plate, but it's better if you do. Not a word of a lie. 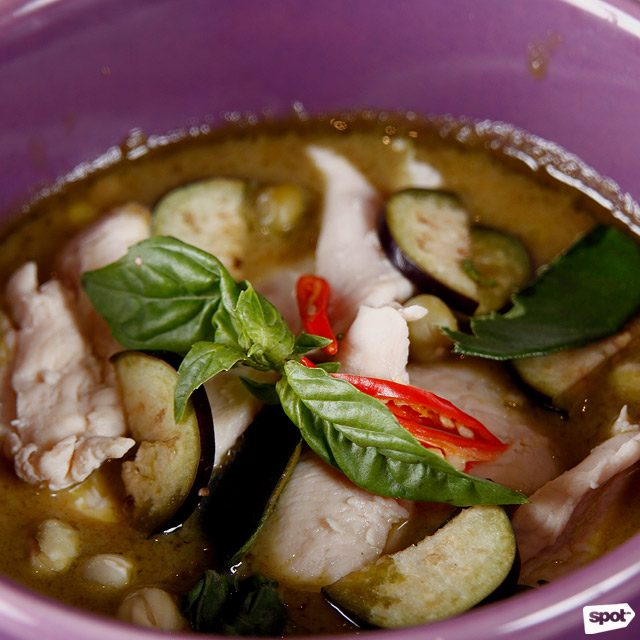 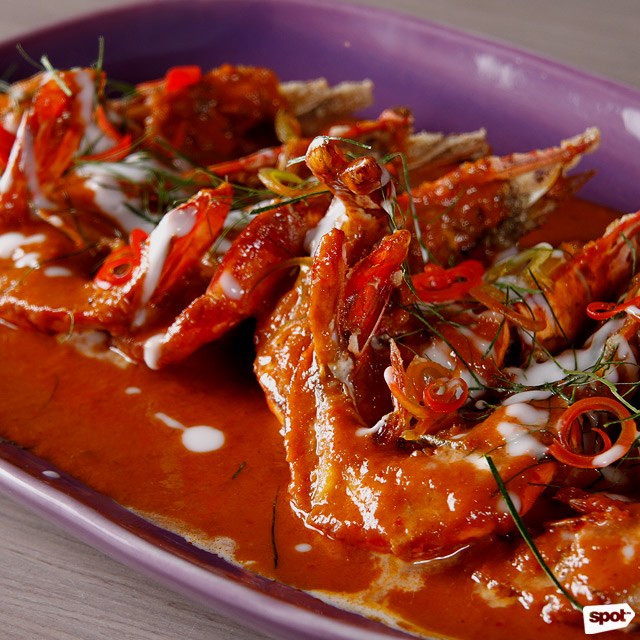 You're going to have a hard time choosing between the Kang Kiew Wan Gai (P385) and the Chu Chee Gong (P750), and it isn't just about color preference. The former—a silky green curry—has a lot more heat than the red, and it's fantastic for a cold if you're still fighting one, or searing your tongue off—either way, it's a lot of fun. But the Chu Chee Gong is just as smooth but with considerably more tang. Decisions, decisions! 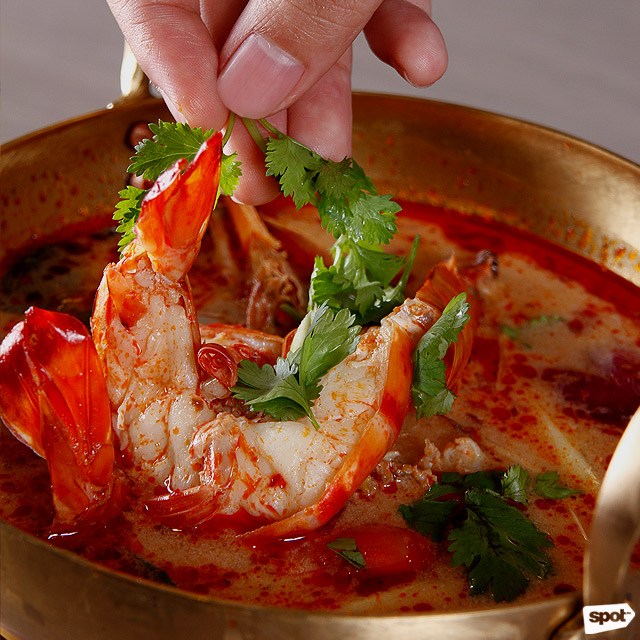 The Tom Yum Goong (P420) is another classic dish you don't want to miss out on. It's sharp in a way that wakes you up while also possessing the kind of warmth that keeps your feet on the ground. We dare you not to order this every time. The fine strands of chopped vegetables and the tiny, whole onions make for a fun sort of texture, so it's difficult to think of it as boring. 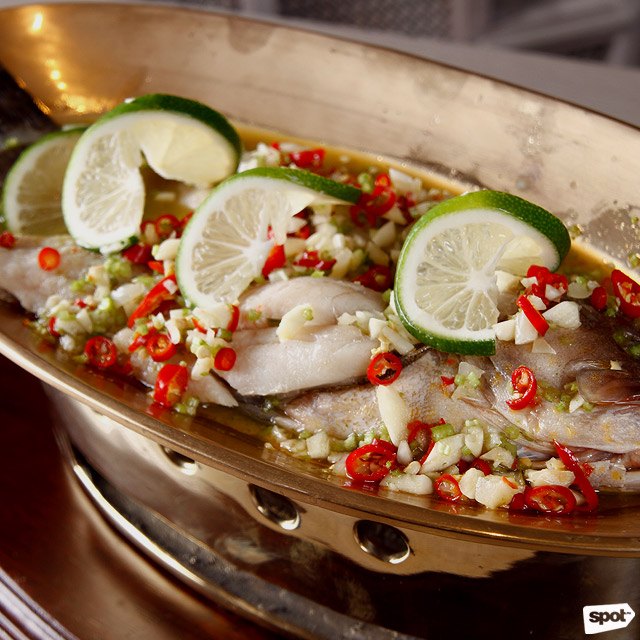 For special occasions, there's a fish on a golden boat. No, that's not a joke. A nod, perhaps, to the opulence typical of the tourist sites in Bangkok, the Pla Gao Neung Ma Nao (P1,250) is steamed almost to the point of creaminess, perfectly balanced out with the heat, spice, and citrus in the sauce. The only thing you're not going to want to do with this is say its name 10 times fast.

Long story short, the restaurant is a colorful display of what Thai cuisine can offer and more. Next time you're thinking of booking that flight for your serious pad thai cravings, think again—you might just find the real thing here at Nara Thai.

Nara Thai Sm Mega Fashion Hall Sm Megamall Mandaluyong Thai
Your Guide to Thriving in This Strange New World
Staying
In? What to watch, what to eat, and where to shop from home
OR
Heading
Out? What you need to know to stay safe when heading out