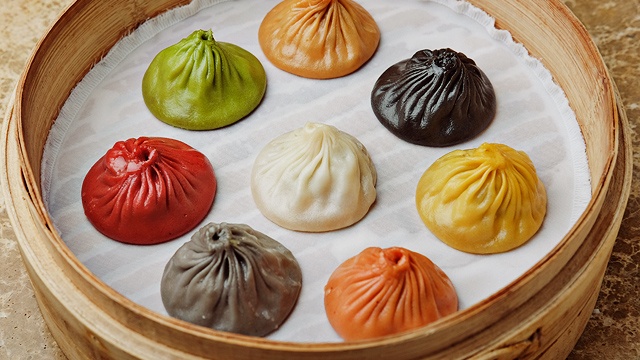 These Rainbow Soup Dumplings Are Almost Too Pretty to Eat

How could you say no to colorful xiao long bao?

(SPOT.ph) Sometimes—just sometimes—your normal couch-potato takeout just won't do, and you need a little pageantry in your dinner. Nobody's judging! Even the reclusive need the wave of a wand and some glass slippers once in a while. For Chinese cuisine in particular, allow us to suggest Paradise Dynasty. 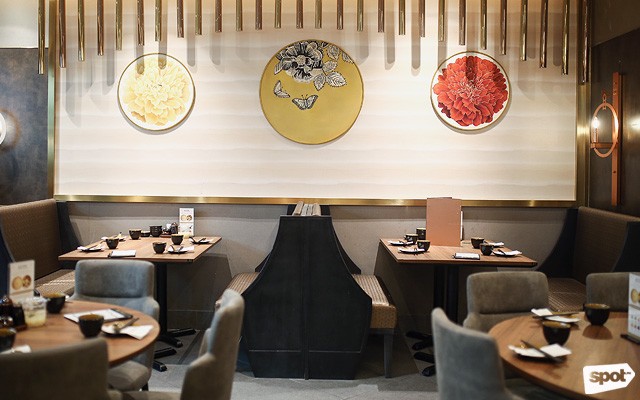 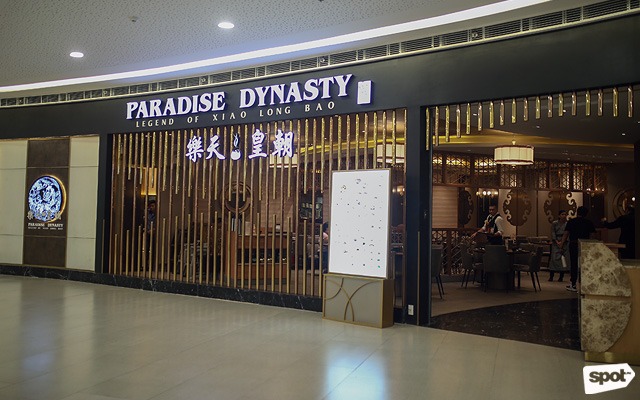 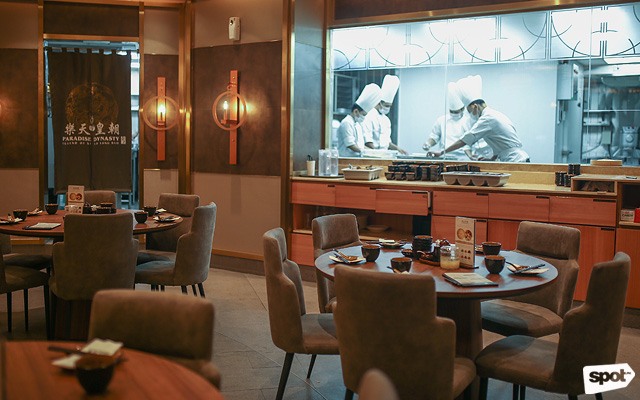 They've graciously opened at The Podium after what feels like an age and a half, now proudly showing off an ensemble of new items. 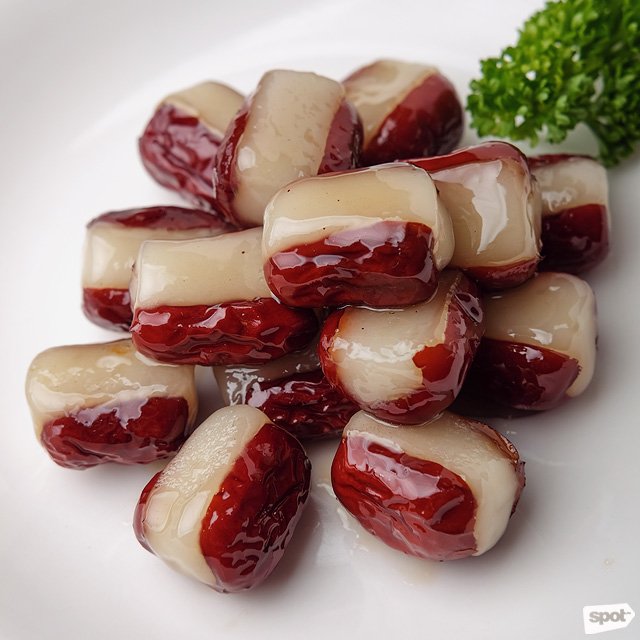 Begin—and end, really—with a tall glass of cold Water Chestnut Drink (P80), which boasts a refreshing sweetness, offset by an almost savory note as you sip. Pair it with the Glutinous Rice Stuffed in Red Dates (P238) and it's as if you start with dessert, which is basically everybody's dream dinner anyway. 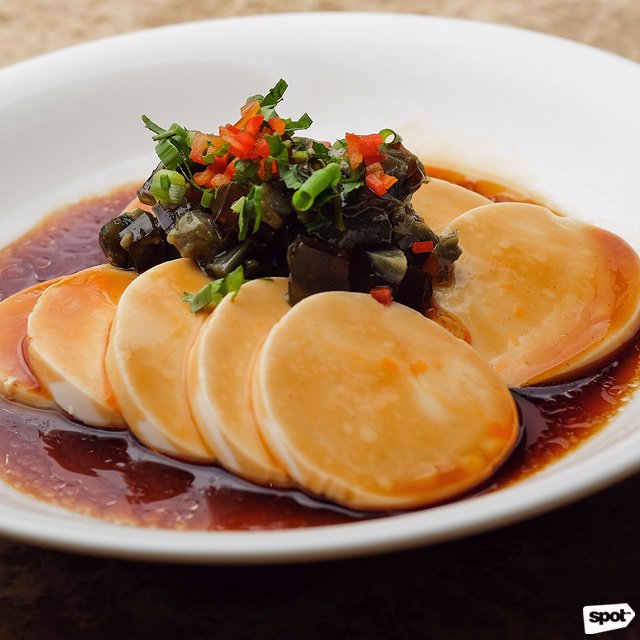 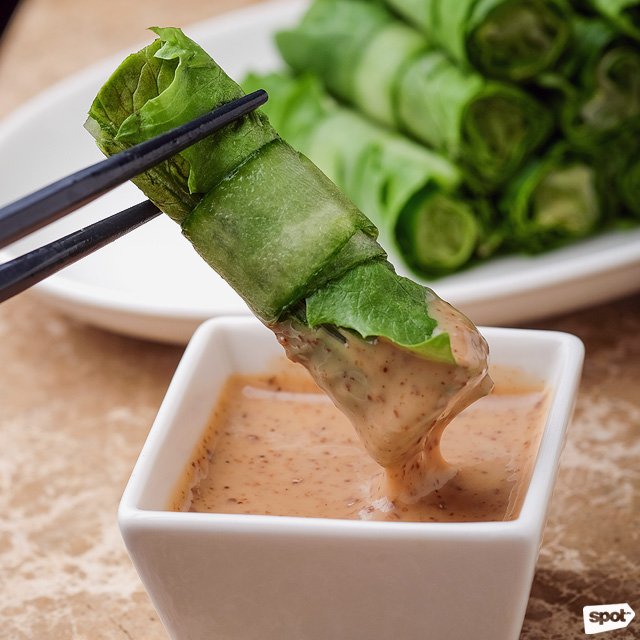 If that's not your style, the Chilled Tofu with Century Egg (P188) is pretty traditional and nothing short of, well, pretty dang good. The Lettuce Rolls with Sesame Sauce (P288) are an easy and frankly fun way to get carnivores to eat at least one serving of vegetables; for a leafy dish, it's a pretty substantial bite. That, or the Chilled Baby Spinach with Vermicelli (P288), which we could honestly just order three of and call it a day, because it's that good. We say “or,” but we really mean “and.” 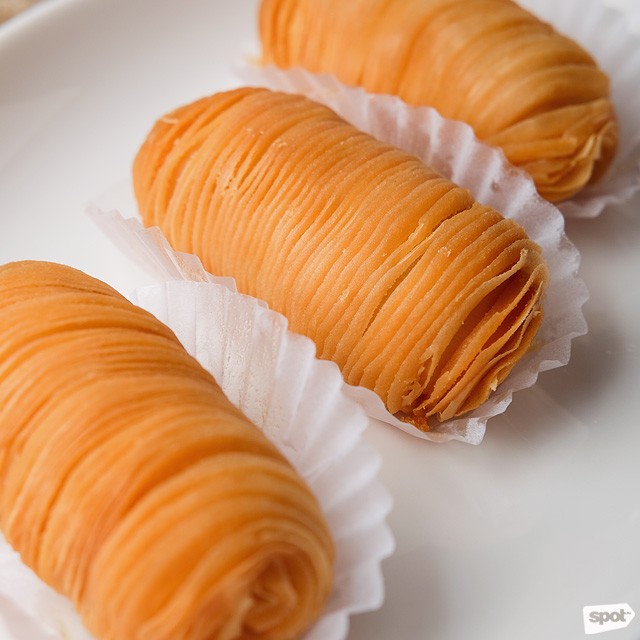 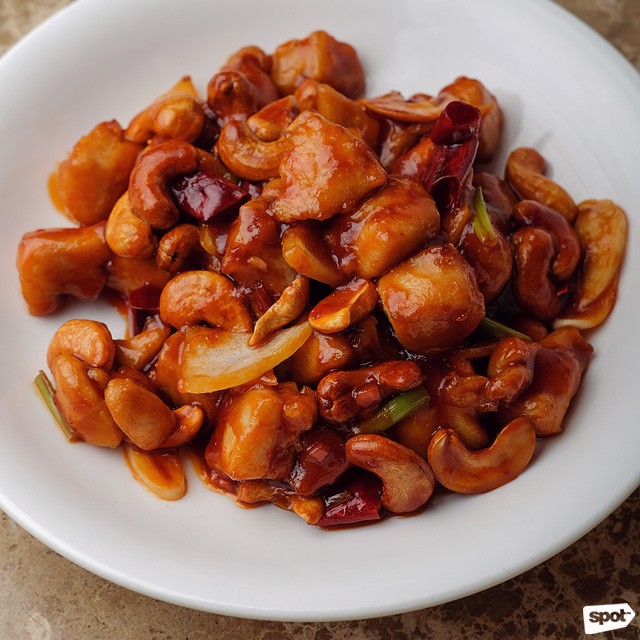 The Radish Pastry (P138/three pieces) is quite unlike the radish-based dim sum of your recent past. The crunch of it is almost delicate, but you still get that sweet-umami hit as you bite. This, and the Kung Pao Chicken (P298), with the tenderness of the meat and just-sticky goodness of the sauce, make for an excellent pair—albeit an unusual one. 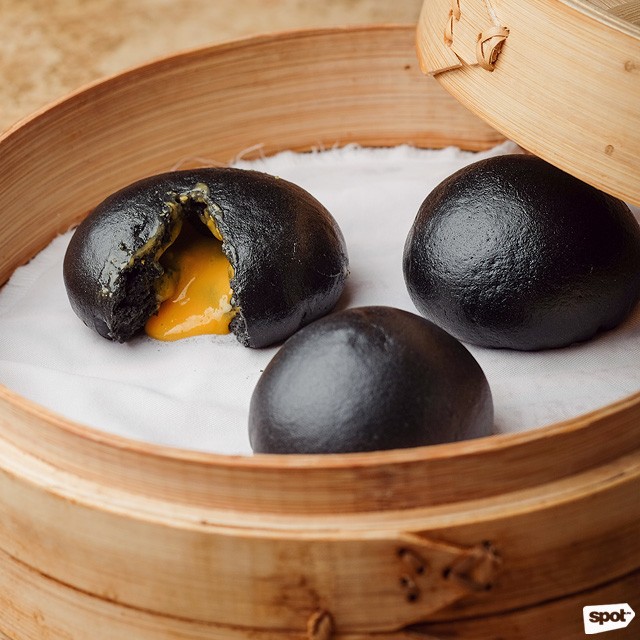 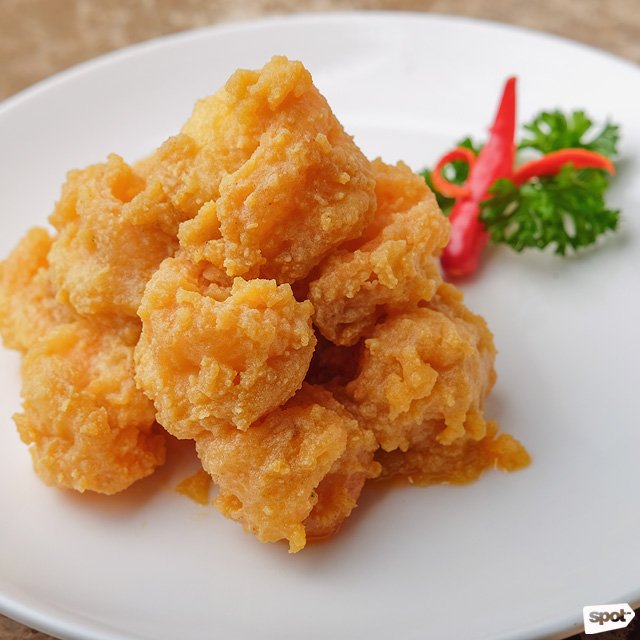 Find a little adventure in the Charcoal Custard Lava Bun (P188/three pieces), which boasts the much-maligned salted-egg yolk, but don't knock it. It's dessert-like in texture and flavor. Moreover, don't pair it with the Crispy Fried Crystal Prawns with Salted Egg Yolk (P588) unless you're on some kind of salted-egg spree, which is in itself tempting (but ill-advised). 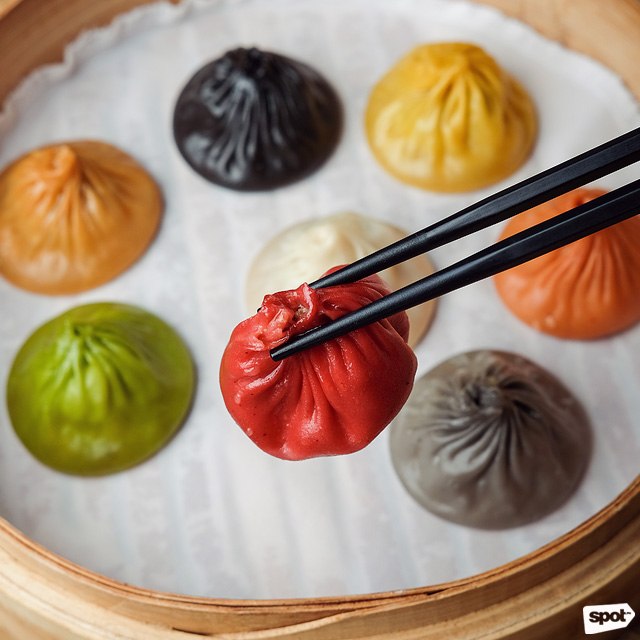 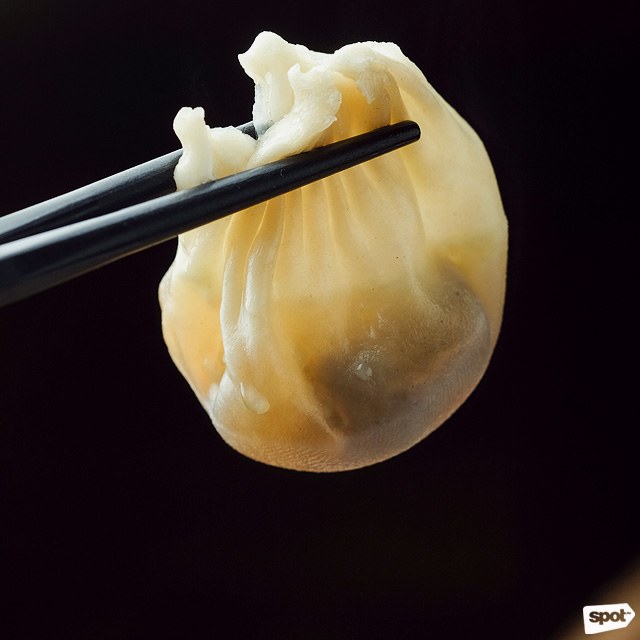 But if you ask us to put together an ideal feast, here’s what we'd do:

Paradise Dynasty is known for their rainbow of a dumpling platter, Specialty Dynasty (P388/eight pieces). If you can't possibly choose—although we liked Ginseng, Black Truffle, and Crab Roe—you can't really go wrong with the Original (P188/six pieces). With Stir-Fried Broccoli with Garlic (P288) on the side, you've practically got a balanced meal. (You don't, actually. We are not doctors. Don't listen to us.) 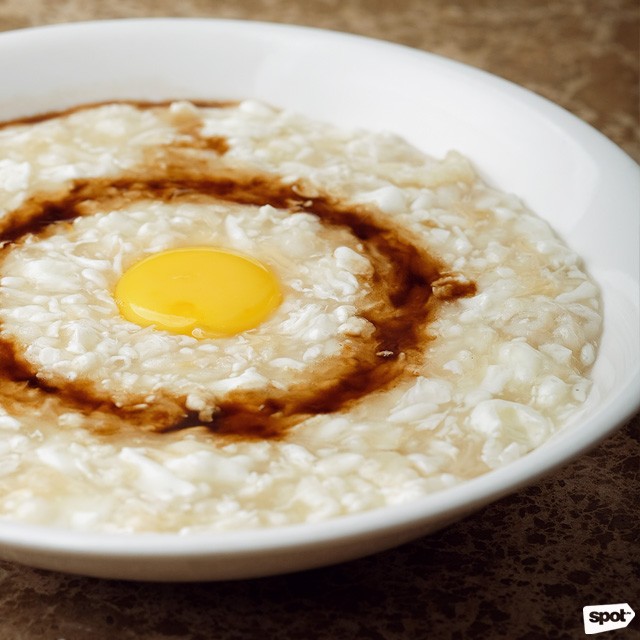 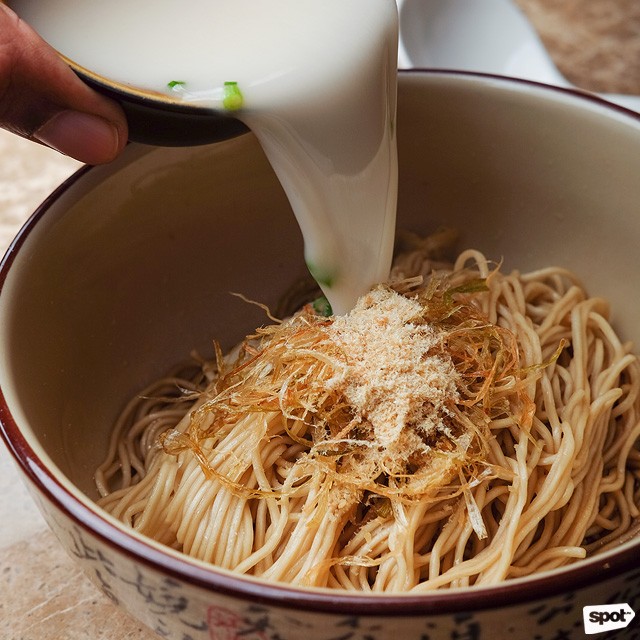 Follow it up with the Scrambled Egg White with Fish and Conpoy (P328) for nothing else than the rather charmingly grim legend attached to it. Apparently some empress in ages past was craving some inconveniently unavailable crab, and some clever servant or other decided to risk fooling her with other ingredients rather than go for a straight-up execution. In any case, or so the story says, it seemed to work. We don't know how true that is, but these days, it's just a great demonstration of how well the Chinese do comfort food. The same goes for the La Mian with Scallions (P200), though it’s considerably lighter. 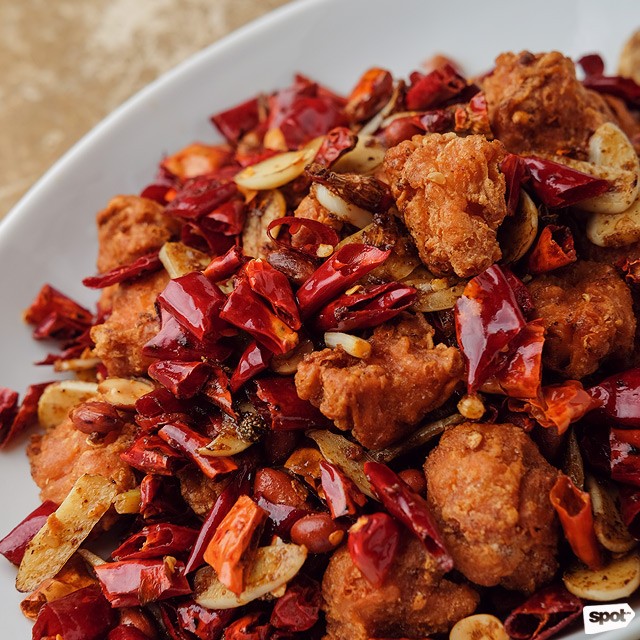 The Spicy Szechuan Crispy Chicken (P298) is for those who have tongues of steel, but if you want to walk on the wild side, be our guest. Don't say you weren't warned—but it's still awfully good. If you're not into that kind of danger, the Stir-Fried Shredded Pork in Black Bean Sauce with Chinese Crepes (P388) is not only deliciously messy, but it also feels terribly ceremonial. Who doesn't like a little bit of assembly at times? 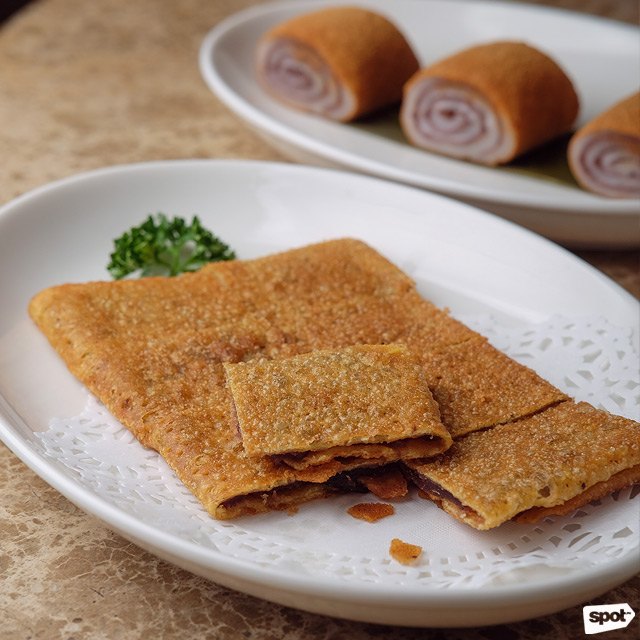 We'd have a hard time choosing dessert, to be honest, but it seems to come down to the texture you prefer. For crunch, sink your teeth into the Pan-Fried Pancake with Red Bean Paste (P168); otherwise, the Glutinous Rice Roll with Red Bean Paste (P168/three pieces) isn't just a mouthful on the menu. If you're into softer endings, this could be your jam.

Paradise Dynasty is classified under casual dining—with another mall branch opening soon at SM Mall of Asia—but it sure can get fancy real quick. And some days, that's exactly what you need.