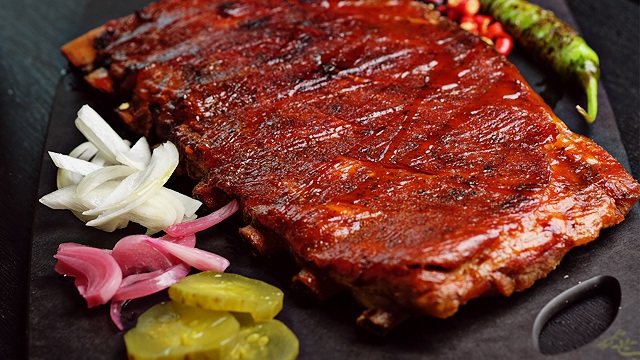 SNEAK PEEK: Mimi & Bros.' Bacon-Topped Barbecue Ribs Is Every Bit as Good as It Sounds

Plus fried chicken that could rival your go-to.

(SPOT.ph) Lots of places feel like home away from home, like a favorite coffee shop or restaurant. For Mica Tan and her brothers, that place was just right across their office building in BGC. But when their go-to hangout suddenly closed and put up a "For Sale" signage, they saw it as an opportunity to make the space their own. 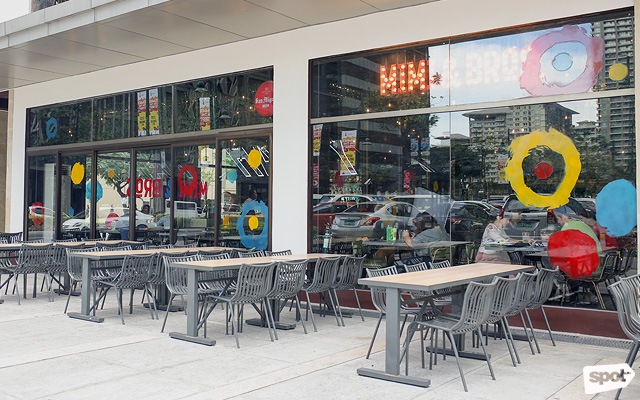 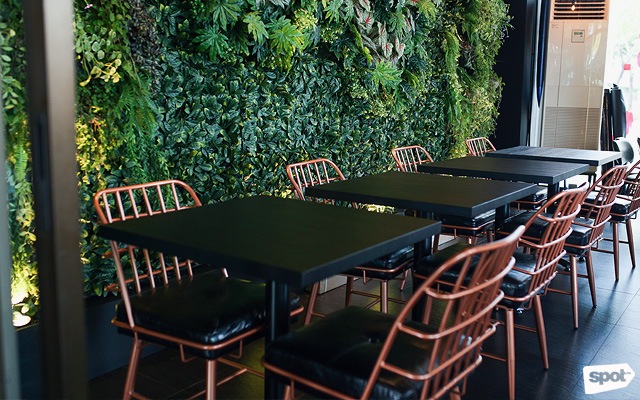 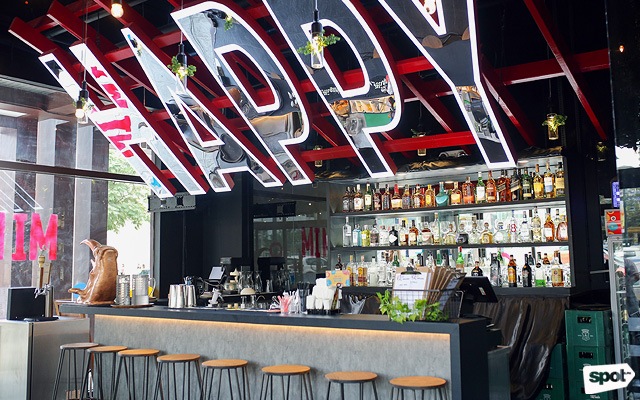 Hence, Mimi & Bros. was born. Located at a prime corner spot, the resto takes advantage of the sunlight that streams from all directions. Making the place even more inviting are lots of greenery, including an accent “plant wall” and minimalist, industrial-themed décor. Look up by the bar to see the huge neon sign that says "happy," which pretty much sums up what you’ll be feeling after stuffing yourself with their hearty and comforting dishes.

Mica tapped Chef Ed Bugia to create a menu that focuses on only three signatures: Fried chicken, ribs, and chops. “I wanted to keep the food here simple,” says Chef Ed. “I’ve been cooking for so long [and] for so many different concepts, but at the end of the day, Filipinos love it simple.” 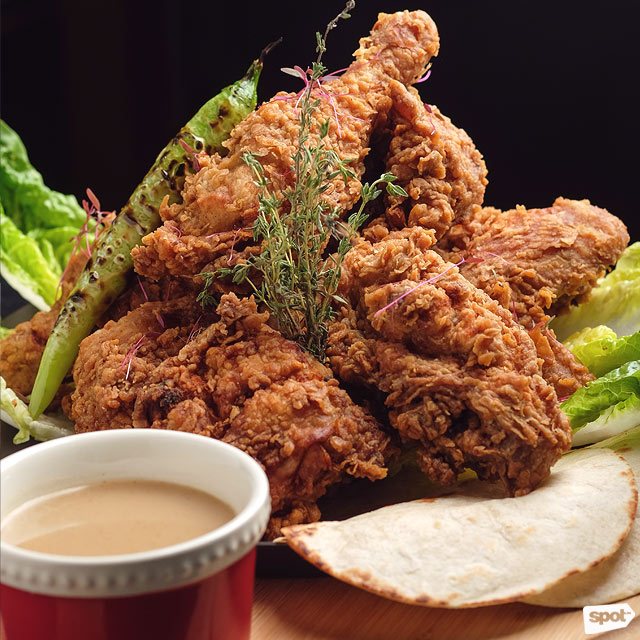 Mimi’s Fried Chicken (P685/whole with three sides, P425/half with two sides, P255/quarter with one side) is as no-frills as it can get. A bucket of golden-fried chicken has a resounding crunch when you munch into it, and the juicy flavor will make you wonder if Chef Ed has somehow unlocked a certain fast-service chain’s secret blend of herbs and spices. The milky-rich gravy is a great partner to the chicken, but Mimi & Bros. also offers a wide array of sauces—the Hot Honey will add an extra oomph to your bites. 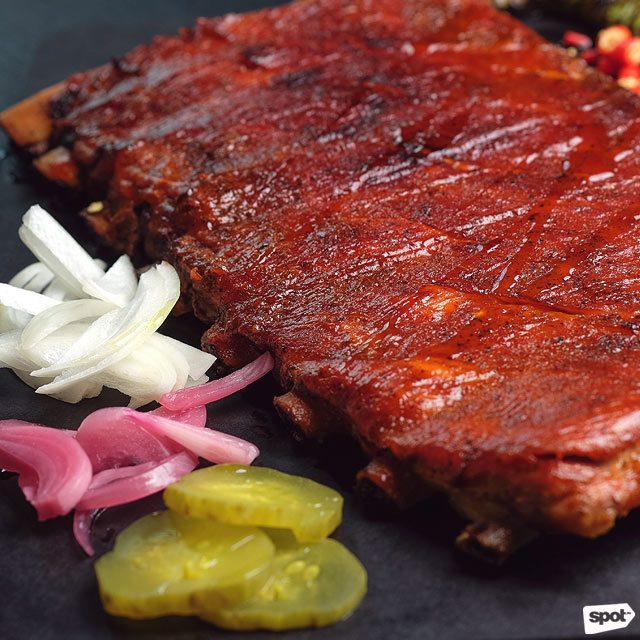 Even a half-slab (P775/two sides) of the Smokey Bacon BBQ Pork Ribs is enough to feed a hungry group of three, but if you want to party hard, have the full slab (P1,345/three sides). The name lures you into thinking that the smoky bacon only exists as the glaze’s flavor, so you won't be prepared for the strips of bacon enveloping of the sticky-sweet ribs. Though crispy-fried, the bacon gives way to tender, fall-off-the-bone ribs, and adds smokiness and a whisper of peppery heat to the pork. 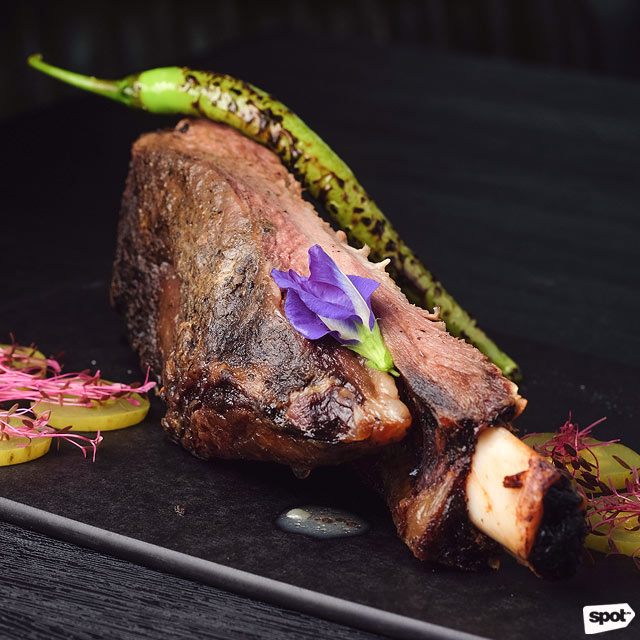 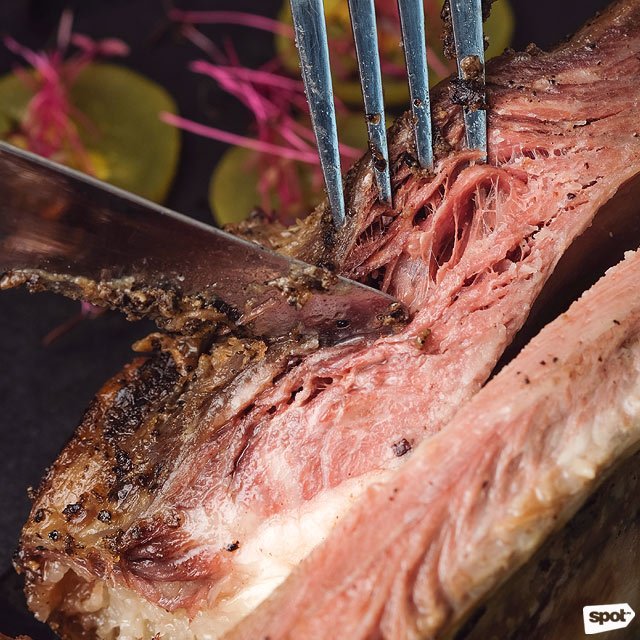 Chef Ed admits that he loves the 6-Hour BBQ Beef Shortribs (P685/with three sides) just a tad bit more than the pork ribs—“There’s just a little bit more TLC that went into it.” The beef ribs come bone-in, and it is so massive, you’ll probably feel your caveman instincts work their way out. Chef Ed keeps the rub simple with no glazes, to highlight the natural savory flavor of the beef, with generous marbling of fat to keep the meat succulent.

Though Chef Ed keeps the menu as concise as possible, never taking the attention away from the three stars of the show, he also admits that he can’t tame his playful side that much either. “I think it has become my claim to fame,” he shares. “I make food fun.” 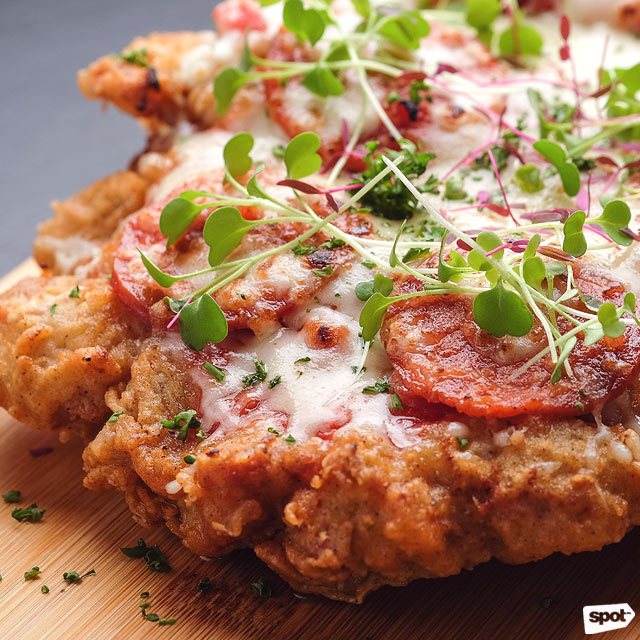 He proves that he isn’t afraid to think out-of-the-box with the Dirty Bird Chicken Pizza (P265). Though Chef Ed ditches the usual dough crust for a crispy fried-chicken disk, the pepperoni-cheese-and-tomato-sauce topping combination is comfortingly familiar to the taste buds. Italian purists will most likely scoff, but that just means more of this strange-but-tasty combo for you. 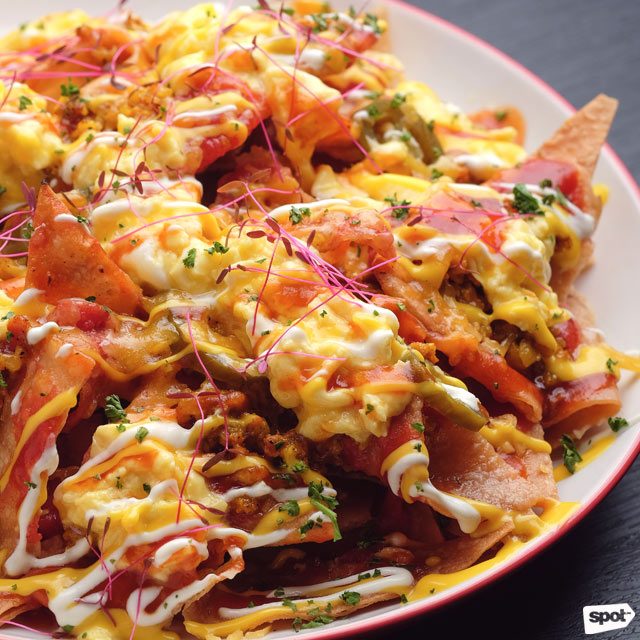 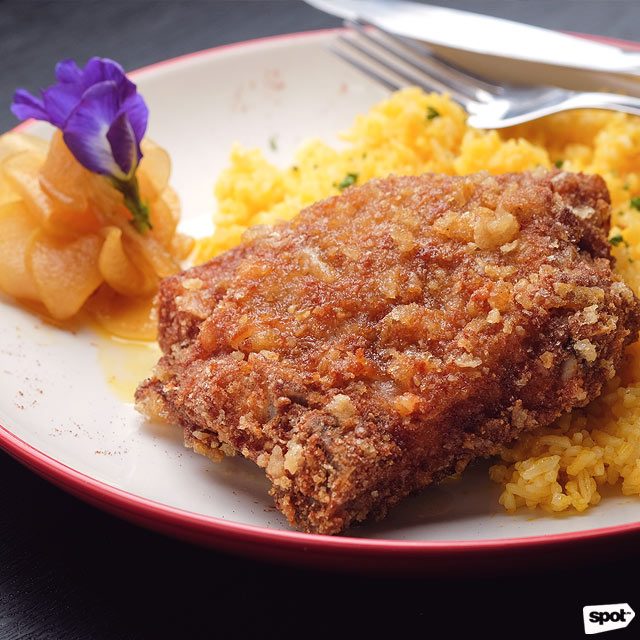 For lunch, treat yourself to the Chicharon-Crusted Pork Chops (P425)

The Breakfast Nachos (P355), too, is an unholy combination of lots of good things: Tortilla chips that are sturdier than your usual so they can carry the onslaught of toppings that include everything from jalapeño peppers and queso, to ground longganisa and creamy scrambled eggs. It’s probably the first thing you’ll order—because who doesn’t love breakfast and nachos—but you’ll still be surprised at how well it actually works, with the scrambled egg boosting the creamy umami of the cheese, and the longganisa adding an enjoyable sweet-saltiness that’ll keep you digging in.

“Mimi and her brothers used to be known for their parties at their family home at Kawilihan Village, [Pasig City],” shares Chef Ed. “The whole of Manila used to come to their house. So they wanted to bring that vibe here kasi matanda na kami. Huwag niyo na kaming guluhin sa bahay!” With no-frills yet simply delicious food that’ll please crowds, it looks like Mimi & Bros. are ready for the party.