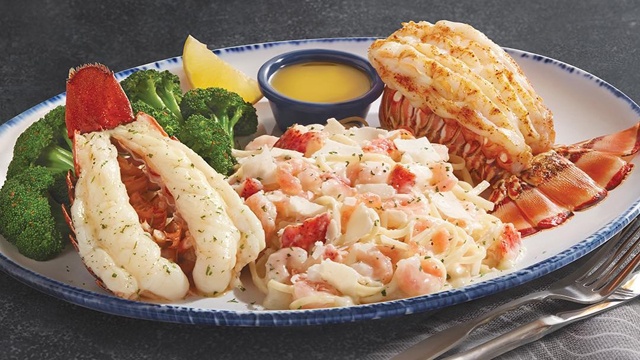 We also can't wait for their Cheddar Bay Biscuits!

(SPOT.ph) There must be a pretty good reason why Beyoncé chose to name-drop this popular U.S.-based seafood chain and now you're about to find out for yourself: Red Lobster is opening at S Maison in Pasay City with the opening tentatively set for November.

Red Lobster started as a family-owned store in Florida and have since expanded to over 700 locations worldwide with 28 branches in Asia. Their global locations include Canada, Malaysia, Saudi Arabia, the United Arab Emirates, Qatar, Mexico, Japan, and pretty soon, the Philippines.

Red Lobster will be shipping in lobsters from Maine, Snow Crab legs from Alaska, and more seafood from the U.S. but Catherine Souders, Red Lobster’s Director of Asia Operations, shares that to include seasonal dishes using local seafood are in the works, too.

From their name, you can pretty much guess that they're all about the seafood life, and they've got almost every iteration of lobster, crab, and shrimp you can think of. Some of their bestsellers include Crispy Lobster and Waffles, Crab Melt with gooey melted cheese and crab chunks in a grilled sandwich, Shrimp Linguini Alfredo, and Lobster Truffle Mac and Cheese. But the surprising runaway favorite is their Cheddar Bay Biscuits—flaky, cheesy biscuits you can get for free at the start of every meal. It's hard to resist filling up on those alone, but the promise of lobster helps.

One other thing we're looking forward to is Red Lobster's regular Endless Shrimp promos, because who can resist all-you-can-eat shrimp?

The Bistro Group, who is also behind T.G.I. Fridays, Italianni's, and more will be bringing in Red Lobster from the U.S. We can't wait!

*Update: An earlier version of this story misspelled Catherine Souders' name. This has since been corrected.

Bistro Group Red Lobster Seafood Restaurant Openings Lobster Shrimp
Your Guide to Thriving in This Strange New World
Staying
In? What to watch, what to eat, and where to shop from home
OR
Heading
Out? What you need to know to stay safe when heading out