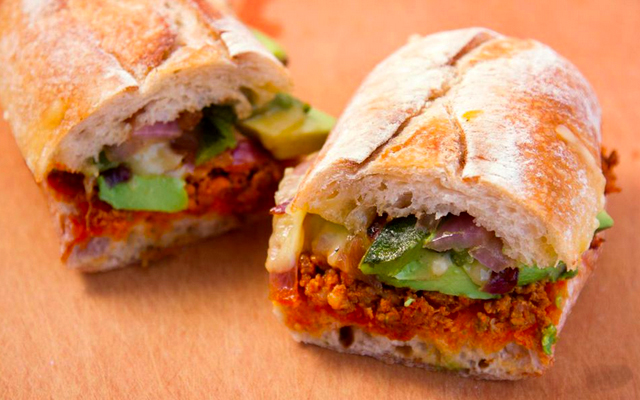 Jollibee Has Added a Popular Mexican Chain to Its Roster

In a disclosure to the Philippine Stock Exchange on September 7, JFC Chairman Tony Tan Caktiong said its latest acquisition would help the Asian firm tap the “fast-growing” Mexican food category in the U.S.

“We have great admiration for Chef Rick Bayless for being a top chef, for being a successful restaurateur and for his philanthropic endeavors. Together with his organization and brand Tortas Frontera, we will build a significant business in the large and fast-growing Mexican food category in the United States,” Caktiong added.

According to food consumer insights firm CHD Expert, at least nine percent of the total number of restaurants in the U.S. are Mexican-themed or serve Mexican cuisine, generating U.S. $45-billion worth of annual retail sales in 2017.

In 2014, Conde Nast Traveler hailed the concept as the best airport restaurant in the U.S., emphasizing its three locations in the Chicago O’ Hare International Airport. It has a total of four branches all over the U.S.

The acquisition is part of JFC’s ambitious mission to become one of the top five largest fast-food chain groups in the world by 2020, as it aims to join the likes of Western giants like McDonald’s and Kentucky Fried Chicken. To do that, it has been on an acquisition spree in the past few years. It has bought a majority stake in American food-retail chain Smashburger and has acquired a number of brands in China like Yonghe King and Hong Zhuang Yuan.

Still, the company’s main growth driver is still its core business—the Jollibee brand, which now has over 1,000 branches in the Philippines and over 400 abroad.

Collectively, the JFC food group operates 4,279 stores worldwide under a combination of homegrown Filipino concepts and foreign acquisitions. Some of the brands in its portfolio include Red Ribbon, Chowking, and Mang Inasal. Outside the Philippines, it has bought the franchising rights to Hard Rock Café in Macau and Hong Kong and Highlands Coffee in Vietnam, to name a few.