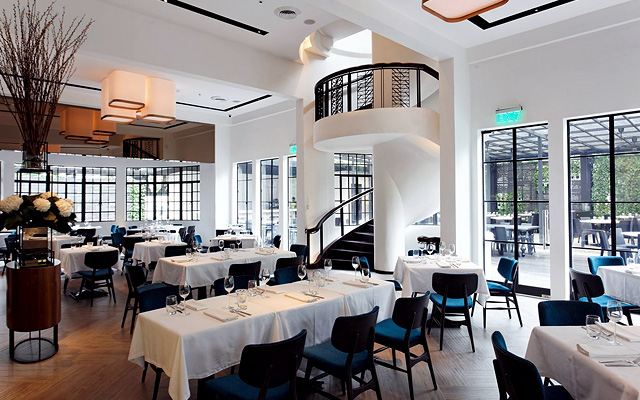 Blackbird Is One of Monocle's Top 50 Restaurants of 2019

The prawn scotch egg got a special mention.

(SPOT.ph) Blackbird, which has been open since 2014, has always been top-of-mind when it comes to Manila's most beautiful restaurants (Fun fact: The Nielsen Tower where the restaurant is located used to be the air control tower of the former Manila International Airport), but they're now getting international recognition, too. Blackbird's Executive Chef Kerwin Go announced on his Facebook page that the restaurant made it to Monocle's Top 50 Restaurant Awards.

Monocle is a British magazine that started in 2007. They've since grown to include a radio series called Monocle 24, launched in 2011, and have also published several books since in 2013. They occasionally publish special issues, like The Monocle Drinking & Dining Directory, an annual dining issue that features their Top 50 Restaurant Awards.

Chef Kerwin shares with SPOT.ph through Facebook a glimpse into the selection process: "About [three to four] months ago, the bureau chief from Hong Kong e-mailed us, telling us we were part of a long list of restaurants. We chatted over the phone and talked about Blackbird."

Kerwin adds that their award, which they only found out about when the Monocle issue came in the mail, came as a surprise to the team, as well: "After the interview, we didn’t really expect to be included in the list. As some of the restaurants that are a part of it are those that I look up to." Anyone who's had their signature Lamb Cutlets with Potato Gratin (P1,280) or juicy Jack’s Creek MB5 Wagyu Striploin (P1,120/100 grams) aren't that surprised. Monocle also recommends the "prawn scotch egg with coconut sambal on betel leaf."