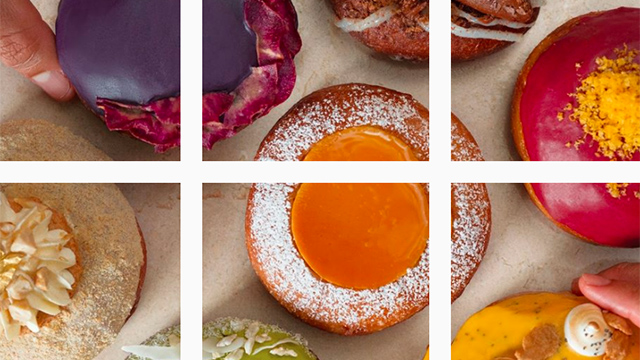 (SPOT.ph) A Filipino restaurant in New York isn’t exactly a novel concept—thanks in no small part to Purple Yam and Jeepney, New Yorkers have gotten pretty familiar with the wonders of bagoong and sisig—but you probably wouldn’t expect one that only makes doughnuts. The city is, after all, home to so many doughnut shops, Time Out was able to name 20 different places worth trying. But Kora, an online-only doughnut bakery that uses Filipino flavors, has just opened in Queens, and it’s already racking up quite a number of fans.

Kora sells 275 doughnuts a week, reports Eater, and has an 800-person waitlist. It’s the brainchild of Kimberly Camara, former commis chef at the famed Eleven Madison Park, who named the bakery after her grandmother, Corazon. Her death in January led to Camara finding her old recipes. But the doughnut idea came about a bit more serendipitously, Camara shared, when she found herself with leftover dough and filling from baking a friend’s birthday cake. The filling was ube, and the rest is history.

Camara’s flavors aren’t the watered-down versions of Filipino desserts you’d expect, with one featuring salted-egg filling. She’s also made doughnuts with champorado filling, and one with leche flan embedded in it. She posts an online order form once a week, and the doughnuts are available for pickup from their location in Woodside, Queens, every Friday.

Food News Savvy Seasoned Doughnuts New York Desserts Filipino Chefs
Your Guide to Thriving in This Strange New World
Staying
In? What to watch, what to eat, and where to shop from home
OR
Heading
Out? What you need to know to stay safe when heading out