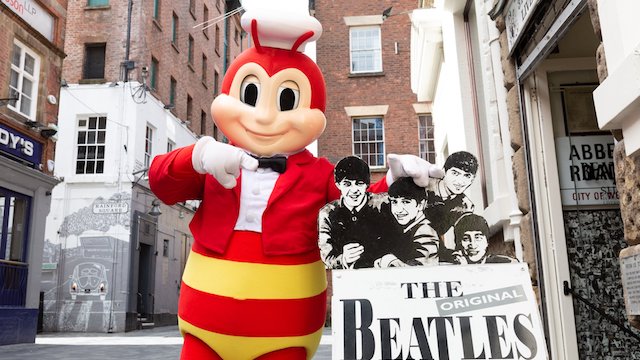 (SPOT.ph) Despite everything that 2020 has brought about, there's still no stopping Jollibee from making its mark around the world. True enough, the fast-food establishment has recently opened their first store in Liverpool, U.K., which is also known as the hometown of legendary band The Beatles.

Held on September 4, the opening was met with great success, rendering long lines—the first customer is said to have lined up as early as 2 a.m.—with Jollibee serving almost 2,000 customers that day. According to Jollibee Foods Corporation's president for Europe, Middle East, Asia, and Australia Dennis Flores, at least 40% of the customers were new to the brand.

Moreover, Jollibee has plans to expand through the rest of Europe, says the Jollibee Group's chief executive officer Ernesto Tanmantiong in a press statement. "Our next Jollibee store will open in Leicester before the end of 2020," sjares Tanmantiong, "and we remain on track to have 50 restaurants in the next three to five years."

Jollibee is a Philippine fast-food chain with more than 240 branches around the world, in countries that include the United States, Canada, Hong Kong, Vietnam, Singapore, Italy, and the United Kingdom.