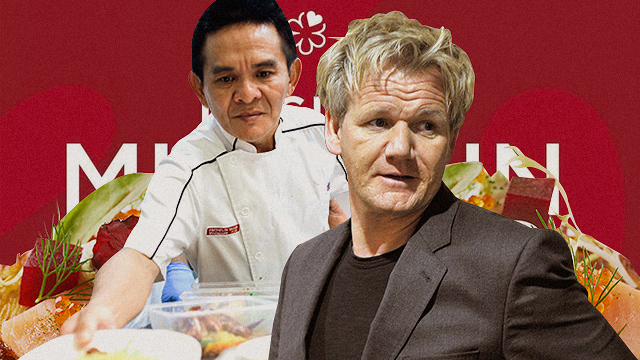 Michelin Stars: What They Are and How Restaurants Lose Them

And why some chefs even choose to reject them.

(SPOT.ph) Food lovers in Singapore, the Philippines, and other parts of Asia were in shock as news broke out on how Singaporean spot Hawker Chan—once home to the world’s cheapest Michelin-starred meal—lost its star this year. What are these stars, why do places “lose” them, and should it really matter?

Here's what you should know about Michelin stars—getting them, losing them, and even rejecting them:

The Michelin Guide, and What the Heck Are These “Stars”?

Michelin itself is a tire company, but they’re also hailed in the food world for their yearly Michelin Guide, where they award Michelin stars to outstanding restaurants in different parts of the globe. Its inspectors stay anonymous, but are said to be employees of Michelin that are "experts in food, dining and hotel sectors with many years of experience working in the hospitality industry"—and multiple inspectors visit a restaurant multiple times.

In awarding Michelin stars, the guide goes by a set of criteria:

As the Michelin guide is trusted by food fans and gourmands internationally, getting these stars can be a huge deal. Some would even travel across countries just to eat at Michelin-starred spots, and spend huge amounts of money tasting their way through those restaurants.

How Do Restaurants “Lose” Stars?

The thing about Michelin stars is that you don’t get to keep them forever. Michelin updates their guide annually—and a restaurant can lose stars if they close that year or fail to maintain their standards.

Hawker Chan definitely isn’t alone; Gordon Ramsay's restaurants, for one, has collectively acquired 16 stars over the course of his career, but lost seven. The celebrity chef’s New York restaurant Gordon Ramsay at the London was once given two stars, but these were both lost in 2013—a feat, if you will, that had not happened before. As per a Michelin rep in an article on Eater, this was because of “quality issues”, with Michelin Guide director Michael Ellis telling Bloomberg that they’ve experienced “erratic meals” and noticed issues with consistency.

Saying No to Michelin Stars

Receiving a Michelin star (or three) for your restaurants can definitely feel rewarding. But some chefs have famously snubbed the accolade, or expressed the desire to "return" (note that you technically can't do that) or flat-out reject their stars.

One example is Marco Pierre White: In 1999, the British celebrity chef famously rejected the three stars he received for his restaurants Harveys and Restaurant Marco Pierre White—despite being the youngest chef to earn three stars for their restaurants at the time. “...The people who gave me Michelin stars had less knowledge than me,” he told The Guardian in 2015. He also declined the stars meant to be given to his Singapore establishment The English House in 2018, telling Channel News Asia that he “[doesn’t] need Michelin and they don’t need me… they sell tyres and I sell food.”

As other chefs have also pointed out, more stars equal more stress—at least as far as the pressure of maintaining those stars and how it can limit creativity. It can also feel restrictive and lead to unrealistic expectations from diners as they walk into your doors. Plus, with the insane hype it can bring to your restaurant or eatery, it can be tiring as heck having to keep up with the demand.

Are Michelin Stars All They’re Cracked Up to Be?

Now, the Michelin Guide definitely has its merits. It’s great that it inspires chefs to put out the best quality food that they can come up with, and to maintain that quality for the years to come. As a diner, you’d obviously want to have great experiences when you eat out—especially when you’re spending hard-earned money in the process. And hey, raise your hands if you've ever stepped foot in a new place and felt confused on where to eat! Having a guide like the Michelin's to point you in the right direction can be totally helpful.

But lo and behold, it also definitely isn't without its flaws. Some point out how the number of restaurants they could cover plus things like the expenses from transport and accommodation seems unrealistic for a company of Michelin's size. The company is also tight-lipped about their exact process, and others bring up how—given Michelin's being French-owned—the guide is biased toward the French way of cooking and dining.

Either way, we say they’re not the end-all-or-be-all of what makes a good restaurant. Ultimately the Michelin guide is just that: a guide, for you to take with a grain of salt.

For more information, check out the Michelin Guide's website.

Michelin Guide Michelin Stars Hawker Chan Gordon Ramsay Savvy Seasoned Tpc-000001 Staying In Michelin
Your Guide to Thriving in This Strange New World
Staying
In? What to watch, what to eat, and where to shop from home
OR
Heading
Out? What you need to know to stay safe when heading out