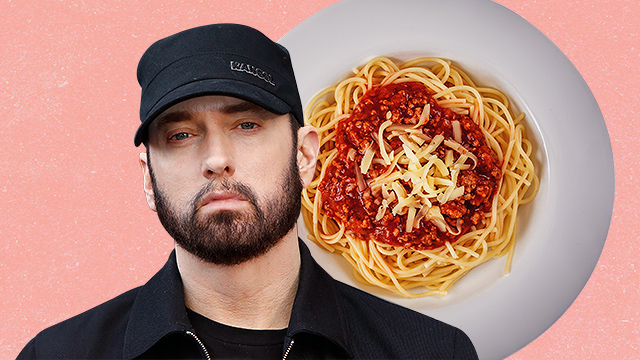 (SPOT.ph) Ah, the early 2000s—a much simpler time for most of us, you'd likely agree. It was also the time that rapper Eminem came out with his 2002 hit Lose Yourself, which was written for his autobiographical film 8 Mile and had all of us bopping our heads to its mid-tempo beat (and maybe even trying to rap to its lyrics, too). It likely also cemented the idea of a certain "spaghetti" in your head—but not literal spaghetti. By that, we're talking about the so-called "mom's spaghetti" mentioned in the lyrics of the song ("His palms are sweaty, knees weak, arms are heavy; There's vomit on his sweater already, mom's spaghetti"), which actually references, erm, vomit. In a surprise turn of events—almost 20 years since the release of the song—it's now a real-life establishment: Check out Eminem's new concept restaurant in Detroit called Mom's Spaghetti!

Here's the deal on the Mom's Spaghetti resto by Eminem:

For the restaurant, Eminem and his manager Paul Rosenberg partnered with the Union Joints restaurant group to set up the establishment; and though they had previously done limited-time Mom's Spaghetti pop-ups, it's now in a permanent brick-and-mortar location. Mom's Spaghetti opened on September 29, with fans lining up as early as seven hours before the official opening—and they were served spaghetti (yes, actual spaghetti) by no less than Eminem himself!

Food-wise, Mom's Spaghetti goes for a compact but ample menu that includes the eponymous Mom's Spaghetti ($9, roughly P457.38), which you can have with Meatballs ($12, roughly P609.83) or its vegan alternative, the Rabbit Balls ($14, roughly P711.47). Alternatively, you can go for the 'Sghetti Sandwich ($11, roughly P559.01). We'd totally visit if we had the chance—as Slim Shady himself says, "This opportunity comes once in a lifetime."

Eminem Food News Restaurant Spaghetti Mom's Spaghetti Adventurer Savvy Seasoned Tpc-000001 Staying In
Your Guide to Thriving in This Strange New World
Staying
In? What to watch, what to eat, and where to shop from home
OR
Heading
Out? What you need to know to stay safe when heading out