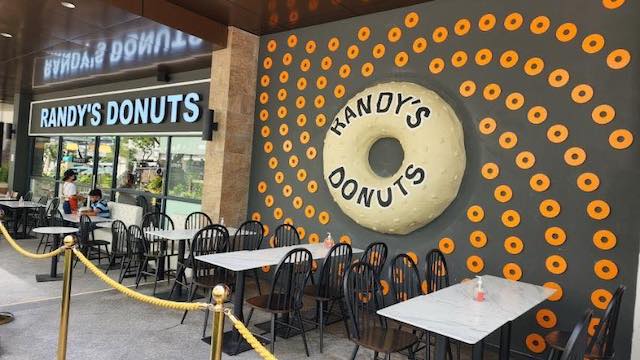 Sold Out: Randy's Donuts Is Temporarily Closing Their BGC Outpost

Pause those cravings for now.

(SPOT.ph) ICYMI, Randy's Donuts officially opened their first Philippine store at Uptown Parade earlier this May—and oh, boy have they won over the hearts of doughnut fans the Metro over, spurring long lines as food lovers rushed to get a taste of the Los Angeles brand's famous pastries. Even though they've just been open less than a month, they've been selling more than 5,000 doughnuts daily—and beyond 70,000 doughnuts overall! With the insane demand for their doughnuts, Randy's Donuts has sold out—and you'll have to hit the pause button on those cravings for now as they're temporarily closing their shop.

In a statement, Randy's Donuts Philippines shares that they will "hit pause" for the meantime as they replenish fresh ingredients from the U.S. Before you panic, though, Spotters, they do reassure us that they'll be reopening "as soon possible"—with additional flavors to boot!

“We are extremely grateful to our customers for their enthusiastic and warm response to the entry of this iconic brand from LA," the company shares in a statement.

Randy's Donuts is a doughnut brand from Los Angeles that's considered an institution in the area, even appearing in films like Iron Man 2. Their Philippine leg was brought to our shores by The Bistro Group, the same brains that brought us TGI Fridays, Hard Rock Cafe, and Watami.