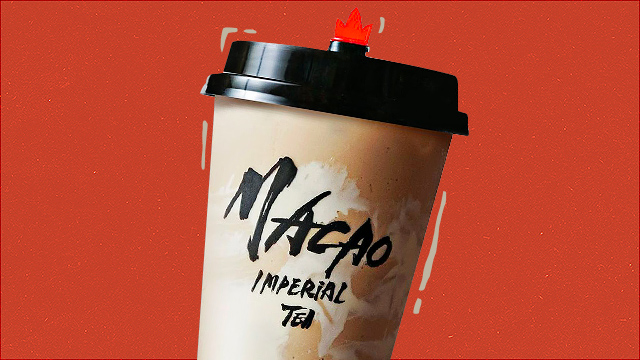 Happening on one day only.

(SPOT.ph) How far would your extra five pesos take you? On June 12, believe it or not, you can get another alto-sized Macao Imperial Tea’s Cheesecake & Pearl Milk Tea. Because yes, sometimes, just one cup of their bestseller isn’t going to cut it.

Why? It’s because the famous Macau-based milk tea brand is going to be celebrating its fifth birthday in the country on that same day. Yup! It has already been five years (and counting!) of bringing the goodness of Taiwanese bubble and fruit teas into the Philippines starting from its first branch in Quezon City in 2017. So for those who can’t get enough of Macao’s best-selling flavor or you have someone who wants to have a taste at it, get ready to head over to the branch nearest you this Sunday, June 12.

You don’t want to miss the birthday celebration of Macao Imperial Tea:

Customers who will get one Cheesecake & Pearl Milk Tea (P140/alto, P160/maior) will get their second, although the same, drink for just P5—so you can get two alto-sized drinks for the price of P145 instead of the usual P280 (really, who’s the birthday guy here? ‘Cause it definitely feels like us). ICYDK: The Cheesecake & Pearl Milk Tea is their one of their best-sellers for good reason—just the right balance of cheese, cream, and tea flavors, not to mention its addicting tapioca pearls you'll get to chew while you're at it.

This is valid for dine-in and takeout orders only, so you really have to step out of your house (don't forget to mask up!) on June 12 from 2 p.m. to 6 p.m. Note: The line will be cut exactly at 6 p.m., but those who are already in line by then will still be served.

And we know you love Macao, but you just have to limit your orders to two per transaction. Though no one is going to judge or stop you if you want to fall in line again to order. And yes, feel free to use any gift certificates from Macao Imperial Tea if you have some.

Macao Imperial Tea is a tea brand known for its wide selection of drinks with toppings like cream cheese and chestnut cream. They came to the Philippines in 2017.