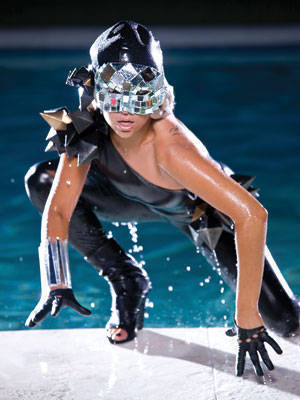 The Lady is Gaga 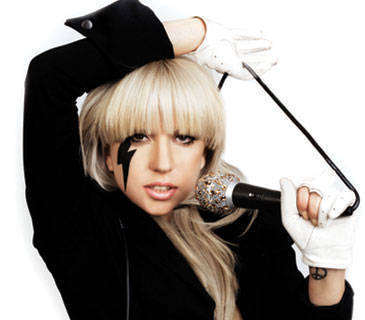 As a kid, Lady Gaga sang along to the songs of Michael Jackson and Cyndi Lauper.

"Dear Lady Gaga," wrote Amy Odell for New York magazine, "bottoms are your friend." But, let's face it: for a girl who used to take her clothes off for a living, not wearing pants is probably a breeze.

Born Stefani Joanne Germanotta, Lady Gaga has the sort of bio that makes us wonder if her record company has a fiction writer with a fertile imagination on its payroll…until we listen to the self-written lyrics to one of her biggest hits–a cheeky anthem to the paparazzi with a clever double meaning–and come to the conclusion that she's definitely not from the same cookie-cutter that produced the dime-a-dozen pop tarts that have been flooding the airwaves in recent years.

Lady Gaga wrote her first piano ballad at age 13, while attending Manhattan's Convent of the Sacred Heart School (alumni include Paris and Nicky Hilton). She won a scholarship to NYU's Tisch School of the Arts at 17 and dropped out two years later to live on her own, waitressing and stripping while working towards superstardom. "My act was pretty wild," she told Fabulous magazine. "I'd wear black leather and dance to Black Sabbath, Guns N' Roses and Faith No More. Very rock 'n' roll." By the time she was 20, she was signed and writing songs for artists like the Pussycat Dolls.

Her album, The Fame, "is about how anyone can feel famous," says Gaga. "Pop culture is art." And art is also how she describes her attention-grabbing style, creating each outfit "like it's a painting." She has such specific ideas about what to wear that she has her own team of designers, called the Haus of Gaga, to translate her "extreme" ideas into extreme reality. "I take it to extremes. I don't say I dress sexily on stage–what I do is so extreme. It's meant to make guys think: 'I don't know if this is sexy or just weird.'"

Still, the clothes are just the wrapping on this anti-bubblegum star's more-than-fluff music. "I played every club in New York City and I bombed in every club and then killed it in every club and I found myself as an artist. I learned how to survive as an artist, get real, and how to fail and then figure out who I was as singer and performer," she says. It also doesn't hurt that Lady Gaga is genuinely passionate about the music she produces. As she puts it, "My music's never going to roll over in bed one morning and tell me it doesn't love me anymore."

Lady Gaga.
Your Guide to Thriving in This Strange New World
Staying
In? What to watch, what to eat, and where to shop from home
OR
Heading
Out? What you need to know to stay safe when heading out