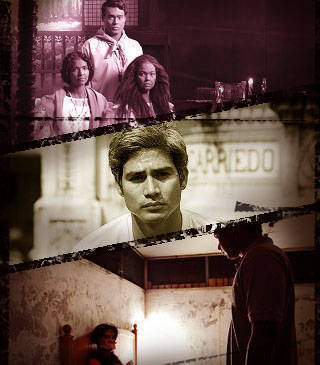 Kinatay: The worst film in the history of Cannes?

Filipino filmmakers made their mark this year at the Cannes Film Festival, with three films included in three different categories. Brillante Mendoza's Kinatay made the most impact, not only because he was named the year's Best Director for it, but also because it resonated most among critics, both positively and negatively: Roger Ebert wrote in his Chicago Sun-Times journal, "Here is a film that forces me to apologize to Vincent Gallo for calling The Brown Bunny the worst film in the history of the Cannes Film Festival...No drama is developed. No story purpose is revealed."

Here's a sneak peek at the three films, which will be shown at the 14th French Film Festival from June 5 to 14:

Peping, a criminology student, is recruited by his schoolmate, Abyong, to work as a part-time errand boy for a local syndicate that collects protection fees from various businesses in Manila. The easy money Peping earns is spent mostly on his girlfriend, Cecille, who's also a student. Peping decides to marry her, but in order to do so he'll need more money. Abyong contacts Peping to join a "special project" that pays more than normal...


Early 20th century Philippines. The sounds of war signal the arrival of the Americans. A mother and son flee to the mountains, hoping for a quiet life. One day, the son discovers a wounded woman in the middle of the forest, and decides to bring her home.

Years pass. Man, woman and child live in isolation from the growing chaos all over the country. But a coming storm soon threatens their existence, and American troops draw nearer.


William, a drug addict, tries to reconnect his ties with people close to him. Slowly, as night falls, he learns that there is no one left to trust, not even his own self. Philip, who works as a bodyguard for a mayor's son, thinks his boss considers him family. After a shooting incident, he discovers his real worth to his boss. As he struggles to hide, he is slowly being consumed by the claws of darkness lurking the city. In between, Lav Diaz is shooting a romantic film.

To get sure seats at the 14th French Film Festival, click here.

French Film Festival Cannes Film Festival Kinatay Brillante Mendoza Independencia Raya Martin Adolfo Alix Jr
Your Guide to Thriving in This Strange New World
Staying
In? What to watch, what to eat, and where to shop from home
OR
Heading
Out? What you need to know to stay safe when heading out