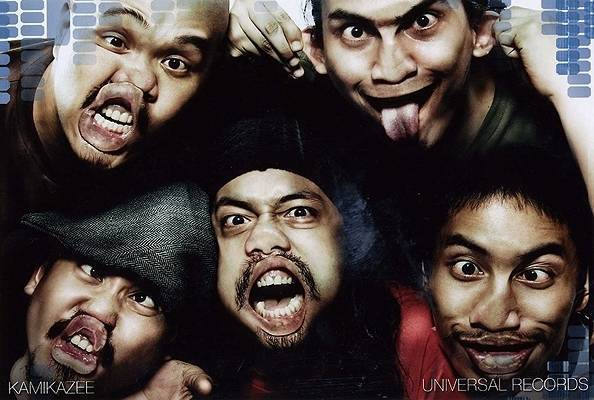 It's been long-time, no-see for Kamikazee, but they're charging back big-time with their new album Long Time Noisy.

Known for their LSS-inducing songs like "Narda," "Chiksilog" and "Tsinelas," countless bleeps by the censors and half-naked performances, Kamikazee is back with their third album Long Time Noisy after a three-year gap. SPOT.ph catches up with them in a round-table interview where laughter and respectful po's pepper their answers.

Guitarist and vocalist Jomal Linao says it doesn't matter how long it takes to make an album as long as it's good and that they enjoyed making it. The band has learned, though, that they really need to make time for songwriting in between performances.

Could their new album be their way of making a fresh start since Led was arrested in Dubai for alleged marijuana residue in his luggage? Led jokes, "Siguro po 'yung next album."

Watch for random funny exchanges and bits of practice sessions in the mother of all their outtakes, "Teyk Awts." Listen to their thank yous, the sober and drunk versions in "Isplakitengtenks." 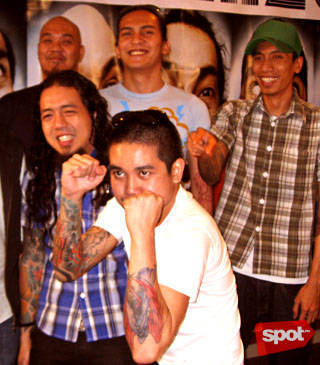 Jomal makes it fierce for the camera

And the groupies? Led interjects that when girls approach them, "ini-i-style-an kaagad eh." But not anymore, he clarifies, especially since Jay and Jomal are now married (not to each other, of course).

Speaking of "unions," would they be willing to collaborate with Rico Blanco, whose songs "Your Universe" and "Yugto" they sometimes cover during live performances? Jomal says they would have no problem collaborating with any artist. And if they ever decide to cover a Michael Jackson song, Led's pick is "Billie Jean," his favorite.

Launch Kamikazee Long Time Noisy Album
Your Guide to Thriving in This Strange New World
Staying
In? What to watch, what to eat, and where to shop from home
OR
Heading
Out? What you need to know to stay safe when heading out