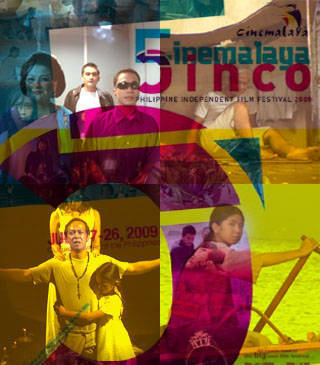 Got 10 minutes? With short films, commitment is not a problem. SPOT.ph blogger Ria Limjap catches the competing short films in this year's Cinemalaya Cinco.

I like watching short films because with shorts, commitment is not a problem. When it's bad that's okay because then it's over almost before you know it, and when it's good then it's a lovely little gem that leaves one's attention span untaxed and sometimes yearning for more. So I dragged my friend Manny from Toronto with his girl/friend and went to see the competing short films, Set A, at Cinemalaya.

Here's the line-up in chronological order: 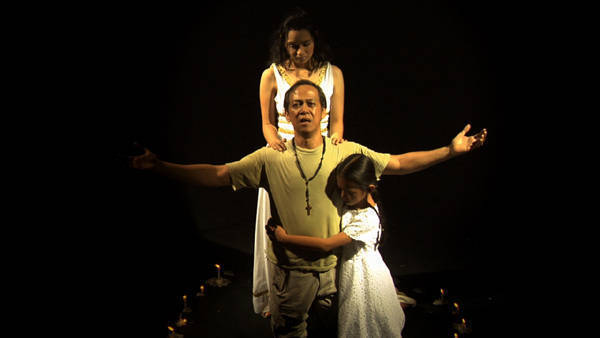 Musa (written and directed by Dexter B. Cayanes) is a Balagtasan-style reverie of an old man. He is a poet and faith healer living along the riles and his visions of a beautiful muse predict tragedy and rebirth in the violent landscape of urban poverty.

Behind Closed Doors, with Bart Guingona and Ana Abad-Santos as an unfaithful married couple, looks at the web of lies a man and a woman spin around their marriage. Mark Philipp Espina wrote, directed, and shot this honest look into the sexual mores of the modern Filipino bourgeois man and wife. 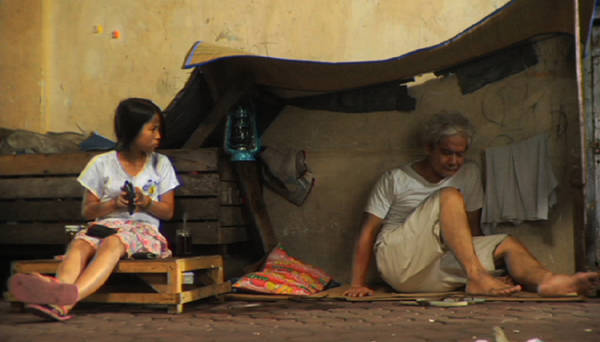 Tatang, directed by Nico Hernandez and written by Ipe Asuncion, is a heartbreaking story about Tatang Ruding (Pen Medina) a squatter granddad and his precocious waif of a grandchild, Ester. Child actress Nikki Bagaporo is lovely as the little girl, and holds her own with Pen Medina. And honestly, she's just so cute in a gamine anime kind of way.

Hulagpos, written and directed by Maita Lirra Lupac is the perfect Catholic Schoolgirl Goth tale about a girl named Angeli (Kyle Dizon, another adorable girl) living with her strict mother Maria (Dana Amistad) in an old house with a mysterious room she's not allowed to enter. Part dark fairy tale, part Catholic art nightmare, this one really kind of scared me. 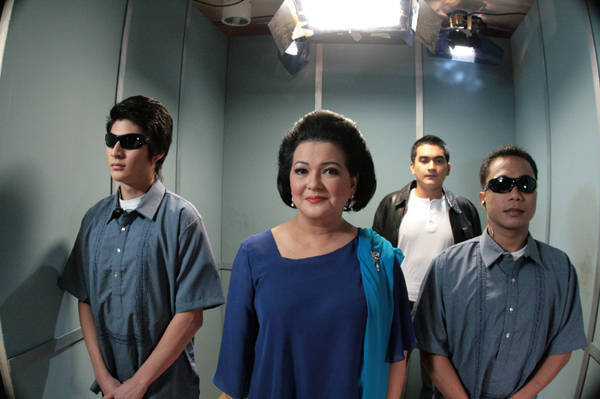 Wat Floor Ma'am, written by Robert Seña and co-directed with Mike Sandejas, is a Baz Luhrmann-esque political satire starring Pinky Marquez as the flamboyant former First Lady and Lex Marcos as the Bad Boy actor stuck in an elevator. It's good to always end on a high note.

All in all it was a good night for shorts at the CCP. There was variety and creativity and five for the price of one! Why not, di ba?

Cinemalaya Cinco is ongoing at the CCP until July 26. Support independent film and catch a screening today!

Cinemalaya Cinemalaya 2009 Behind Closed Doors Hulagpos Musa Tatang Cinemalaya Shorts Short Films Wat Floor Ma'am Cinemalaya Cinco
Your Guide to Thriving in This Strange New World
Staying
In? What to watch, what to eat, and where to shop from home
OR
Heading
Out? What you need to know to stay safe when heading out