All I really need to know, I learned from John Hughes
Loading
Already a member? Log in
No account yet? Create Account
Spot.ph is your one-stop urban lifestyle guide to the best of Manila. 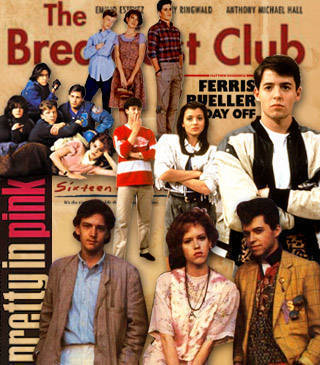 All I really need to know, I learned from John Hughes

As a fast-talking, class-cutting high school student named Ferris once said: "Life moves pretty fast. You don't stop and look around once in a while, you could miss it."

Those born in the late '80s probably have no idea who John Hughes was. But anyone who cringed in embarrassment when Jake Ryan saw Samantha Baker's underwear in Sixteen Candles likely got a kick out of Ferris Bueller singing "Twist and Shout" on a float in the middle of downtown Chicago, or wished that they could be in Saturday detention along with everyone else in The Breakfast Club.

Writer-director John Hughes, who died of a heart attack at 59 on Aug. 6, practically invented the teen movie genre with films focusing on angst, unrequited love, and how nerds never got invited to the cool parties. Though they usually took place in a very typically American context, the coming-of-age scenarios and funny (also usually mortifying) situations were universal. Here's our top 10 (in no particular order):

Hughes didn't direct Beethoven, but was one of the writers. The huge success of the first was enough to spawn four more sequels. Beethoven is a cute St. Bernard puppy that is unwillingly adopted by George Newton (Charles Grodin). The bigger the puppy gets, the more problems poor George has to deal with. Puppies and slapstick humor never came together so well.

Life lesson: Puppies are cute and all, but when they grow up they can be a handful. Might be better to take care of a little cactus.

9. Some Kind of Wonderful
What do you do when your best friend falls in love with the most popular girl in school? Offer to play chauffer on their big first date, of course. Some Kind of Wonderful was the least successful among Hughes' teen movies, but still a constant fan favorite. It's not hard to relate to Mary Stuart Masterson's Watts, the tomboy who secretly loves her best friend Keith (Eric Stoltz) despite his obsession with the beautiful Amanda (Lea Thompson).

8. She's Having A Baby
Kevin Bacon is Jake Briggs. He and his wife Kristy (Elizabeth McGovern) are trying to cope with the misadventures of being a newlywed couple. Torn between visions of his former bachelor life and present married life, Jake slowly realizes that being a husband and potentially being a father is not easy at all. Watch for the end credits as celebrities make a cameo to name the baby.

Life lesson: A woman who is in touch with her hormones can be a passionate lover or a furious hellstorm of Biblical proportions. Be sensitive, be safe, stay alive.

7. Home Alone Trilogy (Home Alone, Home Alone 2, Home Alone 3)
Probably his most popular work, Home Alone was written and produced by Hughes and was a huge success, launching the career of then unknown Macauley Culkin. Culkin is Kevin McCallister, an eight-year-old who gets left behind during the holidays and declares all out war on the dim-witted duo of thieves, Harry and Marv. A wild, hide-and-seek flick that makes an otherwise dangerous situation into a really funny movie.

Life lesson: It pays to be prepared. Any situation can easily be solved with simple ingenuity and some hard work. Just make sure you don't cause other people concussions and injuries.

6. Planes, Trains & Automobiles
This laugh trip of forced relationships is a delightful twist on the road trip genre. Neal Page (Steve Martin) and Del Griffith (John Candy) are two travellers who have been put together on the road after Neal's flight is cancelled due to bad weather. Del's extroverted ways soon get the better of Neal's nerves and turns an otherwise simple trip into a rollercoaster of chaos and comedy.

Life lesson: Slow and steady wins the race, nerve-wracking on the other hand makes for a terrible trip.

5. Pretty in Pink
The definitive poor girl loves rich, popular guy flick,   Pretty in Pink was the third time Hughes cast Molly Ringwald in his films. Ringwald is Andie Walsh, the not-so popular girl who falls in love with Blane McDonnagh (Andrew McCarthy), the cool, popular guy in school. This social collision is clichéd and predictable, but still manages to pull on the viewer's heartstrings.

Life lesson: Just because the object of your affection doesn't like you doesn't mean you can't keep hammering at his or her defenses. Of course, after the 50th time, it might be considered stalking.

4. Weird Science
Two underdog geeks get a chance to create the perfect woman. Kelly LeBrock is Lisa, the electronically created perfect 10. While the nerds are Gary Wallace (Anthony Michael Hall) and Wyatt Donnelly (Iian Mitchell-Smith). It's the science fiction fantasy with a dash of sexiness and adolescent humor. Watch for Bill Paxton as the antagonist Chet Donnelly. It's hilarious.

Life lesson: Geeks will rule the world. They may not be able to create life yet, but check out Bill Gates and his bank account. Ka-ching!

3. The Breakfast Club
For the emo generation, The Breakfast Club was the cinema anthem of angst for the children of the '80s. This is a story of five high school students who shared a day in detention and discovered that amidst their differences, they really shared similarities that broke through their stereotypes. This simple Saturday of detention turns The Breakfast Club into a teen classic.

Life lesson: It's ok to be different. And to put Cap'n Crunch in a sandwich.

2. Sixteen Candles
Samantha Baker's (Molly Ringwald) 16th birthday was supposed to be perfect. But when it coincides with her sister's wedding, a slew of embarrassing moments, and the school geek (Anthony Michael Hall) hitting on her, you'd think that her chances with dream boy Jake Ryan (Michael Schoeffling) would be zero to none. Good thing this is a Hollywood birthday. (This was also Hughes' directorial debut.)

Life lesson: The worst day in your life could be the best day in another person's. Try to be happy for him or her and you'll get your silver lining…eventually.

1. Ferris Bueller's Day Off
Matthew Broderick is Ferris Bueller,   a high school charlatan who is in a constant battle with Principal Rooney (Jeffrey Jones) and jealous sister Jeanie (Jennifer Grey). With girlfriend Sloan (Mia Sara) and good buddy Cameron (Alan Ruck), he decides to play the ultimate hooky card with a Ferrari while keeping his good boy image to his parents. The quintessential teen comedy that has become a cult favourite.

Life lesson: Always keep a good catch phrase or quip stored in your head at all times. You never know when your arch-enemy might pop up or a sticky situation will arise. Keep your comedy timing, and you'll come out shining.

SPOT.ph wants to know: What was your favorite John Hughes movie?

Click here for the screening schedule of the John Hughes Film Festival from October 23 to 25 at Shang Cineplex Cinema 3.

’80s John Hughes 80s Movies Molly Ringwald Andrew Mccarthy Eric Stoltz Matthew Broderick
Your Guide to Thriving in This Strange New World
Staying
In? What to watch, what to eat, and where to shop from home
OR
Heading
Out? What you need to know to stay safe when heading out