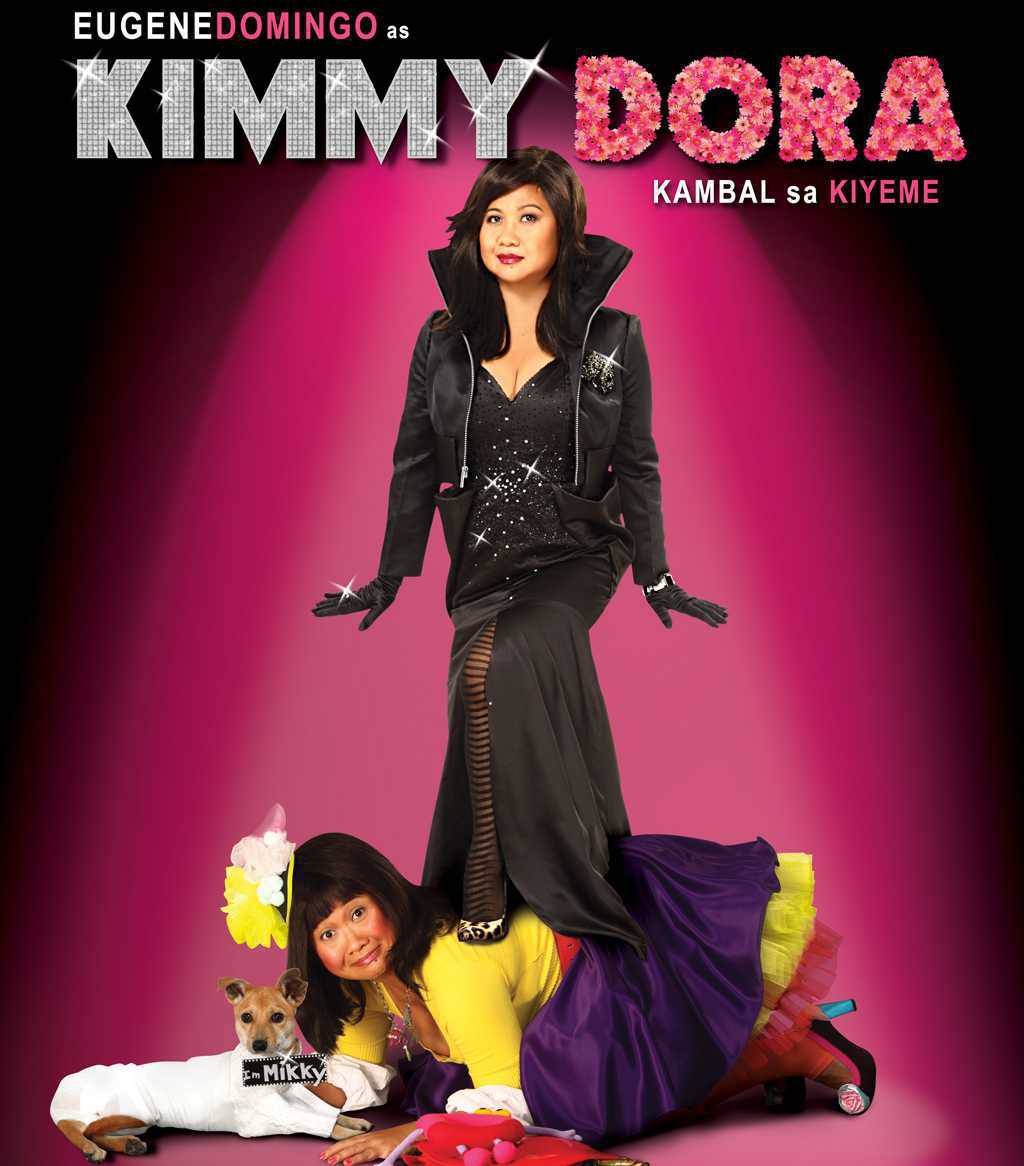 At Cinemalaya last July, right before the screening of the opening film Manila, they had the good sense to show the trailer of a new comedy starring Eugene Domingo as identical twins Kimmy and Dora Go Dong Hae. The trailer was super fast and quite funny–and very effective because I've really been looking forward to Kimmy Dora.

I'm happy to report that I wasn't let down one inch. Directed by Bb. Joyce Bernal and produced by her, Piolo Pascual, Shayne Sarte, and Erickson Raymundo for Spring Films, this comedy is a sign that all hope is not lost for the Philippine film industry. Here's a movie that has good material, lots of talent, high production value, and has the support of mainstream showbiz machinery. It's funny, well-written (by Chris Martinez), and entertaining. It's produced by a set of young and savvy film industry insiders who are brave enough to use material that isn't clichéd or formula-tested. Instead of a box office star who banks on looks more than talent, the lead roles are played a normal-looking woman who is an extremely talented actress.

Just like Rajo Laurel I heart Eugene Domingo. What's not to love? She's chubby like a pre-makeover Juday but sassy in a way Judy Ann will never be, her background is in theater at UP, she's funny and smart in a way that reminds me of early Tessie Tomas. She's hilarious in full-on seductress mode, plunging into a pool with the perfectly cast Dingdong Dantes as the hunky Johnson (I never realized could be so hot). Femme fatale Kimmy makes her bid to seduce Johnson with the line "I want you. And I want you to want me, too" in the hilarious pool scene. The best part about Eugene Domingo is that she plays a dragon lady/rich bitch socialite Kimmy and a slightly retarded flower child Dora dressed in ridiculously over-the-top outfits with equal aplomb. Perfect diction, great timing, fearless performance.

Honestly, I hope Kimmy Dora makes tons of money! They deserve it for making a movie that is original and smart and really lots of fun. Kimmy Dora opens in theaters on September 2.