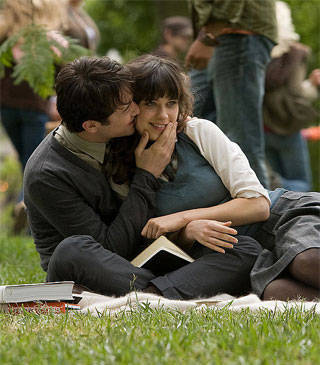 Movie Review: Why is this '500 Days of Summer' not a love story? And why did Spot.ph give it five out of five spots? 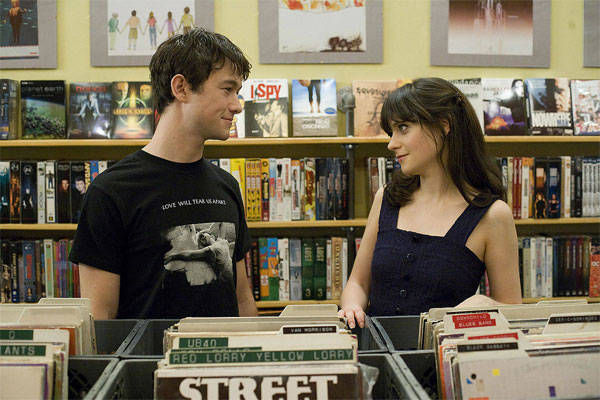 The warning at the beginning of the movie is clear enough: "This is a story of boy meets girl," the narrator says. "But you should know up front, this is not a love story."

Still, as the story progresses, jumping to specific moments in the 500 days that the boy and the girl's lives are intertwined, you might find yourself hoping that this turns out to be one of those run-of-the-mill Hollywood romantic comedies, with a neat, fairy-tale ending.

That wish for a perfect ending may be attributed mostly to the chemistry between the boy, Tom (Joseph Gordon-Levitt) and the girl, Summer (Zooey Deschanel), who meet at work: Tom is an architect who has settled comfortably into a job as a greeting card writer, and Summer is the assistant to his boss. He knows right away that she's the one, she doesn't believe in love. But the sparks fly after a Friday night out with co-workers, and she's the one who makes the first move. So, boy and girl are together (or something like that, he can't tell for sure). The tricky part: will they stay that way?

Joseph Gordon-Levitt is impressive as Tom, who is so easy to relate to that you don't want him to get hurt, because you know you would feel his pain. It's miles away from his character as an alien disguised as a teenage human on the show where he started out, 3rd Rock from the Sun, and more layered and mature compared to his turn as a love-struck high school student in the late-'90s Heath Ledger movie, 10 Things I Hate About You.

Zooey Deschanel, an indie movie veteran, is expectedly cute and quirky–a big help, since her character's apparent indecisiveness about her relationship with Tom might get on your nerves otherwise.

While the storytelling isn't linear (jumping from Day #410, for example, to Day #1), the plot is cohesive enough that you won't get confused. The film's music plays a big part, not only because The Smiths happen to be one of the things that bring Tom and Summer together, but also because the songs in the background help convey their emotions. It adds to the movie's overall beauty, which also manages to show a quietly elegant side of Los Angeles that is rarely seen on the silver screen.

In some ways, you could say that the movie is a love story, complete with a color-coordinated, choreographed song-and-dance number bordering on cheesy. But it also shows that even when love, in reality, doesn't always match your expectations, it might still end up surprising you.

Movie Review Joseph Gordon-levitt Zooey Deschanel 500 Days Of Summer
Your Guide to Thriving in This Strange New World
Staying
In? What to watch, what to eat, and where to shop from home
OR
Heading
Out? What you need to know to stay safe when heading out