Marc Abaya, Barbie Almabis join fight to actively adapt to climate change
Loading
Already a member? Log in
No account yet? Create Account
Spot.ph is your one-stop urban lifestyle guide to the best of Manila. 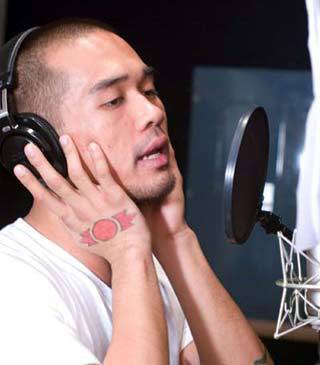 Over 40 musicians record a song that asks: Will we be ready for the next typhoon?

"Stand Up," a collaboration of over 40 local artists united in song to stand up and be ready against climate change, was launched at Alliance Francaise de Manille on October 29.   The song, which brings together musicians like Karl Roy, Jett Pangan, Marc Abaya, Cooky Chua, and Noel Cabangon, was composed by guitarist Boogie Romero of Kjwan. It is part of a campaign called Design Against the Elements, spearheaded by Illac Diaz, the only Filipino to be included in CNNgo.com's "Hot List: 135 People to Watch". The campaign was initially called Designer Village Challenge, a global competition that brings together the brightest minds in architecture to create a blueprint for building greener, more cost-efficient and better homes designed to withstand the storms and strong typhoons that visit the Philippines annually. 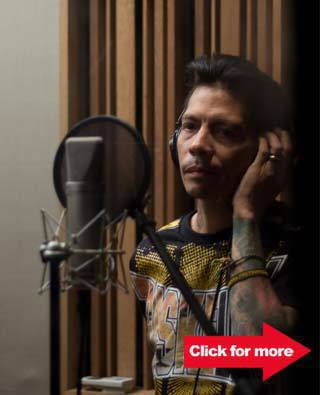 Rocker Karl Roy does his share for the environment

"The collaboration of around 40 to 50 artists is overwhelming. It is a song about the need for a lifestyle change, but at the same time, [to] brace for more challenges," Diaz shared at the launch. "Ondoy is not a linear kind of problem. If you're in a country at the center of climate change, where you have a pattern of storms, pa'no na?"

Recording started even before typhoon Ondoy left 80 percent of Metro Manila under floodwater. Diaz had planned on bringing the country's best musicians together to record a song, a call to action to adapt to climate change.

Artist Jamie Wilson, who was present at the launch, said that he was honored to be asked to be part of "Stand Up."   According to the veteran theater actor-singer, recording took so little of his time but it felt good to be doing something long-term that went beyond relief efforts.

"Stand Up" will soon be heard on the radio and a rockumentary about the song and the campaign is in the works.

Click here to read more about Design Against the Elements.

Illac Diaz Climate Change Ondoy
Your Guide to Thriving in This Strange New World
Staying
In? What to watch, what to eat, and where to shop from home
OR
Heading
Out? What you need to know to stay safe when heading out