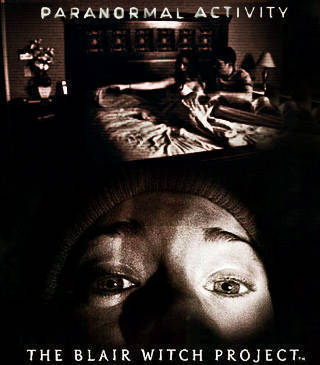 Paranormal Activity is tentatively scheduled for release in Manila on November 25. Is it really the new Blair Witch?

Ten years after the monster hit, The Blair Witch Project, comes a movie touted as its heir, Paranormal Activity. The former tells the story of a trio that went missing while documenting the local legend of the Blair Witch, while the latter shows footage from a camera set up by a couple to capture the paranormal presence in their home. SPOT.ph pits the two blockbuster mockumentary horror movies against each other. 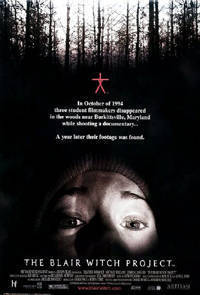 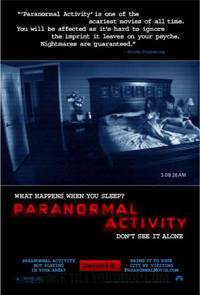 The Blair Witch Project - Promoted as a real documentary, Blair Witch cast its spell using a website with a timeline of the Blair Witch events and snippets of the "recovered" footage, creating an instant urban legend.

Paranormal Activity - Its enticing trailer shows viewers screaming and jumping out of their seats. The movie website asks viewers to "tweet their screams" and demand for the movie to be screened in their cities.

The Blair Witch Project - Gore is kept to a minimum with only slime and bloody teeth disgusting viewers.

Paranormal Activity - Not much bloodshed to repulse viewers either: only a bite mark, some blood and a girl chewing off her arm–well, depending on which of the reportedly three versions you get to see.

The Blair Witch Project - The cheap handheld camera in the hands of the actors gave viewers the creeps–and dizzy spells.

Paranormal Activity - Though handheld, the camera used was high definition and perched on a tripod in some scenes.

The Blair Witch Project - "Is it real?" was one of the most common first reactions back in '99–that's if viewers hadn't seen the TV and print appearances of the actors, who were clearly still alive.

Paranormal Activity - Though you won't be left wondering if it's real, you're still likely to lose some sleep and become just a little bit paranoid about every bump and creak you hear in the middle of the night.

Keep logged on to SPOT.ph for screening schedules of Paranormal Activity.