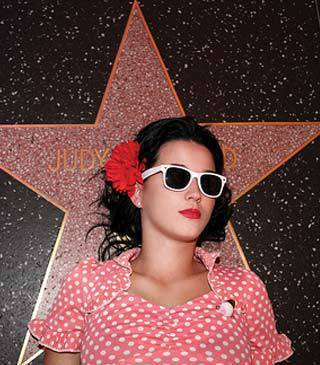 What you might not have known about the girl who kissed a girl and liked it. 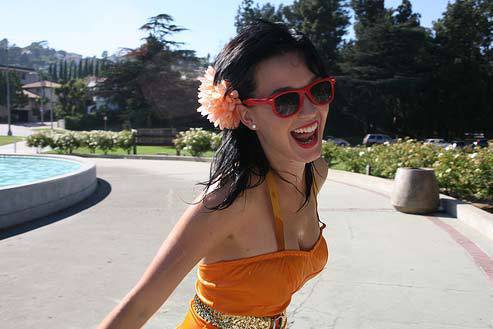 She rocked the music charts by singing about how she liked kissing a girl, selling over 2 million albums and   more than 13 million singles worldwide. She's also been nominated for a Grammy Award in the "Best Female Pop Vocal Performance" category for her ubiquitous No. 1 single, "I Kissed a Girl," from her platinum Top 10 album One of the Boys.

In Manila for a concert at the Mall of Asia concert grounds on November 14 at 8 p.m., Katy Perry's show doubles as a fundraiser for the survivors of typhoons Ondoy and Pepeng. 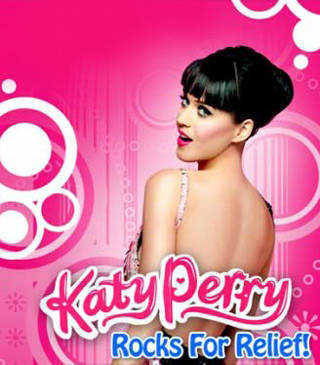 SPOT.ph dug up some fun facts about one of the rising queens of the music scene, who's definitely not another bubblegum pop princess:

1. She reportedly canceled a TV appearance for a date night with Russell Brand.

According to the UK newspaper, The Sun, the show's producers "got a call from Russell late the night before telling him Katy wouldn't be appearing as they wanted to spend the evening together."

Perry once tweeted that she likes the former child star and teen idol, Jonathan Taylor Thomas, who is well known for his stint in Home Improvement.

3. She's had acupuncture on her face.

"'Bout to get some acupuncture in my face, no joke. I'll try & twit pic although I might stab myself with the ones in my hands... going in!"

4. Her breasts are size DD.

American radio host Howard Stern told Perry that her loved her music before he went on to ask her about her parents' reaction to her song, "I Kissed a Girl," and the size of her breasts. Perry gamely answered Sterns' question (her breasts are DD) and even obliged a request for a peek by lifting her shirt.

5. She jumps rope to test her costumes before shows.

According to Perry, she skips backstage to prevent wardrobe malfunctions. She tweeted, "Usually I test out an outfit before shows by jumpin' rope, make sure The Twins are gonna stay in the holder."

Katy Perry
Your Guide to Thriving in This Strange New World
Staying
In? What to watch, what to eat, and where to shop from home
OR
Heading
Out? What you need to know to stay safe when heading out