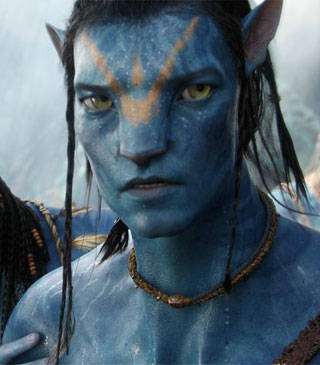 Is James Cameron's epic new movie going to be the new Titanic? Andrew Paredes finds out. 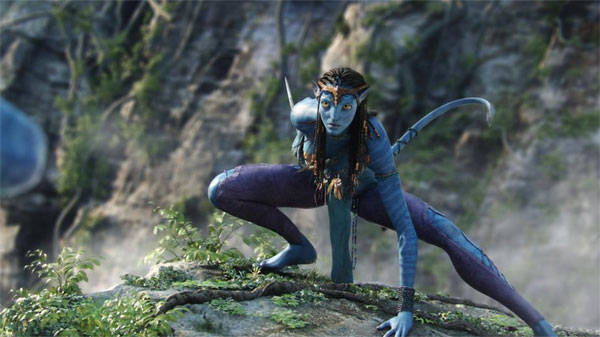 Time and time again, James Cameron has proven himself to be the compleat filmmaker–one of those rare directors who knows how to make full, consistent use of the tools of cinema to create interesting characters caught in an affecting story. Fanboys may remember the liquid-mercury killer from the future and Jamie Lee Curtis in a little black dress hanging from a helicopter, but somewhere in their addled brains lies the lingering image of a mother fiercely protecting her son in Terminator II or the spy-spoof hilarity of True Lies.

Cameron got validation of his prodigious talents when Titanic won 11 Oscars in 1998. Certainly we "ooh"ed and "aah"ed at the spectacle of a ship standing on end and then breaking in half like an oversized wafer. But Titanic became the highest-grossing film of all time–ringing up $1.8 billion worldwide–not because of its visual spectacle, but because people kept coming back for the star-crossed Romeo-and-Juliet love story at its core. Titanic showed Cameron at the peak of his game, a true king of the cinematic world.

Twelve years later, the writer-director is back with Avatar. As someone who saw a 20-minute 3D preview in SM North EDSA's IMAX theatre a few months back, I can tell you with all certainty that he is in top shock-and-awe form: Avatar is so enveloping a cinematic experience that your eye won't be able to decide which part of every frame it will latch on to first. Cameron has imagined such a fully realized world, complete with strange yet vaguely familiar creatures and incandescent flora, that he really doesn't need to resort to hokey 3D trickery–say, a spear directed right between your eyes–to make you feel wholly immersed in his alien world. Avatar is a movie that reminds us that some movies can only be seen in a theater.

As for how affecting the story is…we'll get to that in a bit.

Avatar is set on a moon called Pandora, an outpost colonized by humans light-years from Earth. An industrial-military consortium is trying to mine a rare mineral that will solve a devastating energy crisis back home, and to do that, they need the cooperation of Pandora's indigenous inhabitants, a race of tall, blue-skinned, lithe humanoids called the Na'vi. To engender trust with the locals, a team of scientists working with the consortium (led by the delightfully salty Sigourney Weaver) have devised the Avatar Program: A human climbs into what looks like a jazzed-up tanning bed and fuses his or her consciousness with that of an avatar, a genetically engineered Na'vi body created by a combination of human and Na'vi DNA.

The hero is an ex-Marine named Jake Sully (Terminator Salvation's Sam Worthington), crippled in battle and recruited as the latest avatar subject to pinch-hit for his recently deceased brother. Jake is exhilarated by regaining the use of his legs–not to mention his newfound superhuman agility–and, like us, can't wait to explore this new world he's found himself in. But his puppy-dog eagerness isn't the reason why a clan of Na'vi, led by the chieftain's daughter Neytiri (Zoe Saldana), takes him in as an apprentice warrior: After rescuing Jake from a pack of what I can only call hyper-canines, Neytiri sees a bunch of bioluminescent pollen converge on the new avatar and decodes it as a sign that he has been "chosen".

As Cameron takes us through the steps of Jake's training–which includes fending off scary beasties (aside from the hyper-canines, there are also fierce stegosauruses with the armor of armadillos and dinosaurs with the heads of hammerhead sharks), learning to ride on six-legged horses, and breaking in flying creatures that look like tie-dyed griffins–he also shows us the width and breadth of his imagined world. Pandora is nothing less than a tactile wonder, with jungles full of twisted branches and vines forming precarious walkways, and giant mountain slabs floating in the air. What you will come away with is a sense of suspension–expansive skies above, yawning chasms below, and nary a solid beam or girder to hold anything up. It's no accident that the Na'vi speak their own language (or that Peter Jackson's Weta team helped Cameron realize his audacious vision): You are instantly reminded of the breadth of J.R.R. Tolkien's world in Lord of the Rings…yet amazed that Cameron one-upped Jackson by imagining a realm more boldly original than the one in the LOTR trilogy, which still seemed too much of this world.

But for the first time, Cameron's technological achievement may also have one-upped his ability to craft a truly touching narrative. Coming in at a sprawling two-and-a-half hours, the plot goes this way: Jake trains to be a Na'vi warrior while simultaneously working as a spy for a ruthless military leader (Stephen Lang) who has drawn up a battle plan to mine the jungle; after immersing himself in the Na'vi's gentle, wise ways, Jake turns native and defends his adoptive clan from the marauding intruders. There is an obvious environmental bent to the story, as well as an allegory of US involvement in wars waged in foreign places like Iraq and Afghanistan.

But unlike the maternal fervor of Terminator 2 or Aliens (which gets a nifty shout-out from the thermal sensors the invading marines use) or the doomed romance of Titanic, Avatar lacks an urgently beating heart. It's not that Cameron has lost the ability to tell a story, exactly: He knows how to build the structure of a sturdy narrative, he knows how to stage a thrilling climax (the ultimate battle is an explosion of color and pyrotechnics that shows you where every cent of his rumored $200 million budget went), he knows how to write a script that doesn't insult the intelligence of his rapt audience. And he has the assistance of an appealing group of actors, especially Sam Worthington, who proves after his scene-stealing turn in Terminator Salvation that his talent for acting vulnerable without being sappy is no fluke. The narrative is sturdy, but the visual overload ironically prevents it from soaring. Avatar will amaze you–I'm just not certain that it will move you.