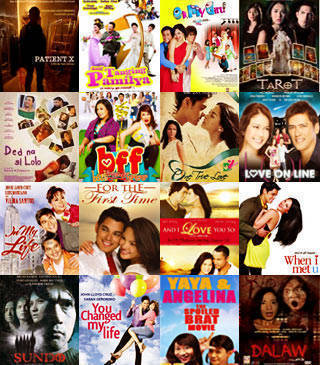 SPOT.ph blogger Ria Limjap on 2010: Let's go to the movies this year. 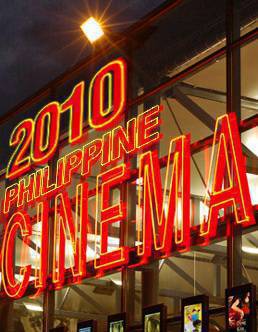 1. We need more accessible venues for alternative forms of cinema. Sure, there are cool places like Mogwai in Cubao X, or various European cultural institutions, or even the CCP but unfortunately not a lot of people have access to those venues. It would do wonders if there were dedicated theaters for alternative film in every major mall–kind of like Robinson Galleria's Indiesine–so the masses can come and watch everything we don't get to see: brilliant independent but not heavily promoted stuff, classics by Filipino master filmmakers, restored films, interesting documentaries, intriguing art house films, etc. etc. Build it and they will come.

2. Maybe the big networks/production outfits should stop making these super formulaic movies heavy on the melodrama with an extra helping of cliché served on the side. Please stop naming movies after love songs. Hello, producers: you are the players in this game and it is within your capacity to make positive changes in the Filipino film industry. Come up with good material that's timely, sensitive, and intelligent. The "bakya crowd," as Lamberto Avellana once put it, no longer exists. Nobody wears bakya anymore, they are wearing fake Crocs and watching pirated DVDs. Those who can afford to go to the movies on a Sunday at the mall want to see something better than the usual drivel. Trust me.

3. Great roles for talented young actors such as Ketchup Eusebio, Che Ramos, Sue Prado, and Baron Geisler. While they are not love team fodder or matinee idol types, these actors provide freshness, depth, and dimension to the characters they play. Enough of these manufactured pop tarts who look better on billboards than on screen. Also, please someone give Iza Calzado a fabulous lead role so she can flex those acting muscles and show us that she's definitely more than a pretty face.

Ketchup Eusebio was part of the cast of Agaton and Mindy.

4. When will we realize that not every single minute of film has to be set to music? Please stop over-scoring with cheesy synthesizers or fake trumpets. If only musical directors and composers could refrain from using those damned fake swirling violins at every dramatic turn. Sometimes silence is more poignant. Sometimes a scene becomes more powerful with no musical score. (And yes, I know we're into overkill, and for our Pinoy maximalist sensibilities it is hard to understand that sometimes Less is More.)

5. I really want to see Filipinos watch Filipino films. It was kind of heartwarming to see people actually lining up–clutching both family members and movie snacks close–during the recently concluded Metro Manila Film Festival. So it is possible after all. Support your own.

Let's not give into the bullshit that feeds the machinery of show business. Let's try to see the value of storytelling and true talent and craftsmanship. Let's call out the bad stuff and be aware of the good stuff. Let's demand and expect quality. Let's be conscious of what we watch and be picky with what we expose ourselves to. Most of all, let's go to the movies this year.

Films Mmff
Your Guide to Thriving in This Strange New World
Staying
In? What to watch, what to eat, and where to shop from home
OR
Heading
Out? What you need to know to stay safe when heading out