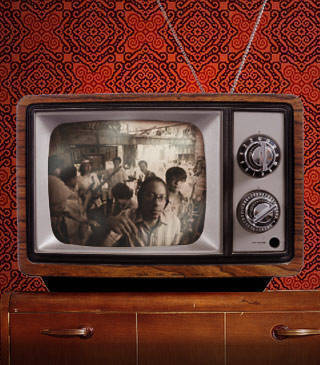 Watch Spot.ph's top picks. Did your favorites make the list?

The Philippines was arguably late in catching up with the MTV trend of the 1980s. But thanks to cable TV and a batch of Filipino VJs including the late Francis Magalona and the bubbly Donita Rose, people got hooked on the habit of listening to songs on television, and the MTV generation was born. All of sudden, it became a necessity for any artist or band to come up with music videos to sell records. Some videos ended up being generic (artists singing to the camera) while others were too cheap for their own good, but there were a few that became instant favorites from the very moment they were aired.

In honor of MTV Philippines' final broadcast, SPOT.ph lists down 10 of the best local music videos of the MTV generation. Which ones are your favorites?

Why it's really good: The song, by itself, is beautiful both lyrically and musically. With the addition of picturesque shots of the vast, lahar-covered landscapes of Capas, Tarlac together with a bunch of quirky, vintage elements and props, the video became a comforting piece evoking mild feelings of wanderlust and nostalgia.

Why it's really good: The band, aside from their Kamikazee buddies, has been known to come up with some of the wackiest video parodies in the history of Pinoy music. Albeit distinctive due to its simple and laid-back feel, "Harana" was still able to capture Parokya's animated nature without losing the song's sentimentality. The video was so well-received that it won the MTV Viewer's Choice Award for Southeast Asia in 1999.

Why it's really good: Take an Atari game, Kuya Bodjie, and Takeshi's Castle. Mash them up together, and you'll get this playfully retro-looking music video. What makes "Sana" stand out from other videos gunning for that old-school feel is that its visuals are contrapuntal to the melancholic lyrics and music used in the track (with the small exception of an electronic beat reminiscent of those dated Atari games.)

Why it's really good: Although eventually replaced with a stripped-down performance video shortly after its release, we still think that this version is among Quark Henares' best work to date. His use of grotesque yet stylized symbols in Filipino folklore was a good match to Blanco's very emblematic and powerful song.

Why it's really good: Four words: Glaiza de Castro dancing. Set in a posh mental institution (which looks more like a school of design and arts along Pablo Ocampo), we get to witness a girl plagued with manic bouts of dancing set in time with the catchy chorus of the song. Not only is the video downright eccentric, it's also highly addictive.

Why it's really good: An infectious track about slamming at a rock show deserved an equally zippy video, something that Marie Jamora was able to deliver with "Sugod." By just focusing on the band's performance, placing them in different glitzy sets and outfits, she was able to convey the rush and hype of an all-night rock concert in just three minutes.

Why it's really good: "Balisong" is a music video that captures the perfect morning-after scenario. It takes the best parts of a relationship and puts them into frames wrapped in a hazy orange glow and natural vignettes. The visuals are both soothing and evocative, providing just the right complement to a light and charming rock ballad.

Why it's really good: This video is visual bonbon filled with pure indie goodness. Strangebrew alumni Ramon Bautista and Jun Sabayton Jr. once again team up with with director R.A. Rivera to portray rivals in a '70s inspired video that suits the brooding machismo of this nicotine-powered jazz-rock favorite.

Why it's really good: Cockroaches on a dinner plate and a dead guy in a murky bathtub, two strong images you would probably expect in an experimental rock track, make up the very surreal first video of R&B Princess Kyla. Singing about the lingering feelings of a dead romance, Kyla appears as a specter in a creepy mansion–metaphors that Sacris used to add another level to this gloomy song. The video made such an impact in the international community that it nabbed the 2001 MTV Viewer's Choice Award for Southeast Asia, the final one ever given to any SEA artist.

Why it's really good: In an interview on IBC's MVTV in 1996, lead vocalist Ely Buendia explained that this would be the band's very first video on film. With a big budget, high production value, and hired talents, the guys stated that, unlike the many performance-heavy clips produced in those days, "Ang Huling El Bimbo" was the very first major Pinoy music video to ever incorporate a movie-like storyline.

"Ang Huling El Bimbo" narrates the tragic tale of a man who was never able to express his love to a childhood sweetheart. Director Aureus Solito was able to find the right balance of images and narrative techniques that steered the video away from becoming too literal and too cheesy, shaping it into something that was memorable and locally avant-garde (in the '90s). Dare we even say it? No other local music video has ever come close to the beauty and impact of Mr. Solito's visual telling of this iconic Eraserheads song.