Choose Your Own Jesus: 10 Actors Who Played the Son of God
Loading
Already a member? Log in
No account yet? Create Account
Spot.ph is your one-stop urban lifestyle guide to the best of Manila. 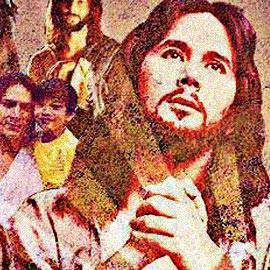 Choose Your Own Jesus: 10 Actors Who Played the Son of God

SPOT.ph CLASSIC Circa 2010: We list the men who tried to step into Jesus Christ’s sandals in film and TV. So, how do you like your Lamb of God? 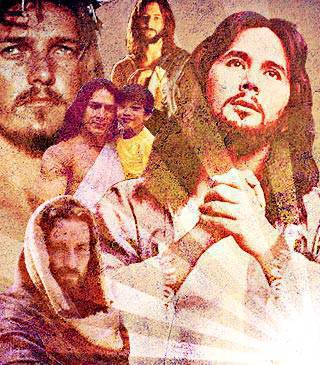 Editor’s Note: This article was originally published at 4 p.m. on April 2, 2010. Some details have been updated.

SPOT.ph lists 10 actors who have tried to step into Jesus Christ’s sandals in film and TV. There are those who look too good to be considered holy, others who seem to be miscast, and a couple who look downright ridiculous. In any case, each of them is a type of Jesus that would cater to their own group of disciples.

So, how do you like your Lamb of God?

Reel spirit: Von Sydow is a calm-and-cool Jesus in The Greatest Story Ever Told (1965), a big budget movie that included the likes of John Wayne as a centurion, Charlton Heston as John the Baptist, and Sidney Poitier as Simon of Cyrene.

Pop culture bonus: Von Sydow, now in his 80s, is still a very productive character actor. He played the villain in Minority Report. He was also in Shutter Island and the Academy Award-nominated film, Extremely Loud and Incredibly Close.

Reel spirit: Neeley, a real-life musician, starred in Jesus Christ Superstar (1973), a rock opera retelling of the Son of God’s story. The movie had a distinctly hippie vibe. Neeley, with his long dirty blond locks and unconventional good looks, fit right in.

Pop culture bonus: The flick boasted of music by Broadway greats Andrew Lloyd Webber and Tim Rice, as well as a black Judas Iscariot (played by Carl Anderson) who nearly steals the show.

Reel spirit: Powell is captivating in Jesus of Nazareth (1977), a mini-series directed by Franco Zeffirelli. With Vatican experts as its consultants, this version of Christ’s story was praised as the greatest TV project ever.

Reel spirit: Dafoe is the controversial savior in Martin Scorsese’s The Last Temptation of Christ (1988)-where he gets mad and thinks about sex. No wonder why so many Christians lambasted this film. Filipinos, in particular, did not like the fact that Scorsese had cast an "ugly" Jesus. 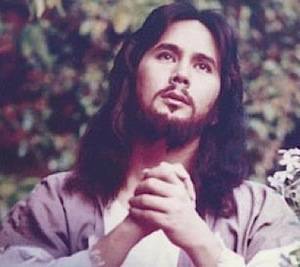 Reel spirit: Ranillo plays the messiah in Kristo (1996), which had an all-star cast. Imagine Gabby Concepcion as John the Baptist, Aga Muhlach as a man possessed by evil spirits, Rudy Fernandez as Simon of Cyrene, Lorna Tolentino as Veronica, Rachel Lobangco as a temptress, and more.

Pop culture bonus: In honor of his most blessed role, Ranillo named his eldest daughter "Krista." She later became an actress and was rumored to have had an affair with boxer Manny Pacquiao.

Recommended disciples: Filipino Catholics who won’t complain about the fact that some scenes were just shot in Intramuros and the Central Post Office in Lawton, Manila

Reel spirit: Ferrell is a dream sequence representation of Jesus in Superstar (1999), which is a take-off from a Saturday Night Live skit.

Pop culture bonus: Fans are asked to suspend their disbelief as Ferrell and company play high school students of a Catholic private school. Also, every car shown in the movie is a Volkswagen.

Recommended disciples: People who are only Catholics on special occasions such as Holy Week and Christmas

Reel spirit: Caracas stars in Jesus the Vampire Hunter (2001), a little-known indie flick. The plot is downright ridiculous: A modern-day Jesus is on a mission to protect the lesbians of Ottawa, Canada from vampires.

Pop culture bonus: The film got rave reviews at the Slamdance Film Festival, which is said to support "real independent filmmaking" in the US.

Recommended disciples: Blasphemous people (Who else?)

Reel spirit: The not-too-popular Caviezel took the ball and ran with it in Mel Gibson’s The Passion of the Christ (2004), which boasts of an all-Aramaic dialogue.

Pop culture bonus: Caviezel has the same initials as Jesus Christ. He was also the same age that Jesus supposedly was when he got nailed to the cross. 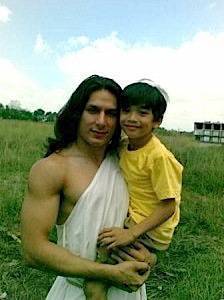 Reel spirit: Thadani-a model of Filipino, Italian, and Indian descent-is the glowing savior in the hit ABS-CBN drama May Bukas Pa. which started airing in 2009 and ended in early 2010. Though the focus of the series was a little kid named Santino, Thadani became popular even if he never showed his face in the series. We understand why. His face would have wiped out some viewers’ holy thoughts.

Pop culture bonus: Thadani is the former boyfriend of Chix Alcala, a contestant of the first Philippine edition of Big Brother.

Recommended disciples: Pinoy Catholics who religiously tuned in to ABS-CBN.