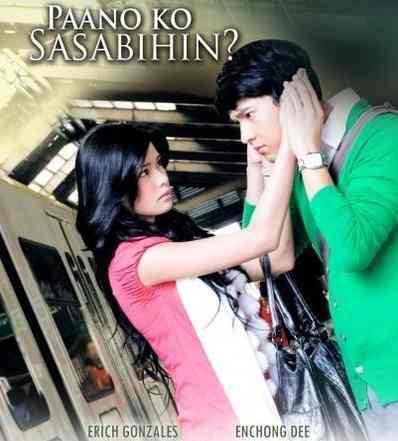 Our Spot.ph blogger tells you why you should see the "Enrich" (Erich Gonzales and Enchong Dee) starrer.

Say It Best by Saying Nothing

They have tried to make the daily commute on the LRT more poetic by literally adding poetry to the walls and the PA system of the trains. Thanks to the National Book Development Board and the Light Rail Transit Authority, the words of literary luminaries such as Jose Corazon de Jesus, Bienvenido Lumbera, Marra P. Lanot, Rio Alma, Jose Lacaba, and Marjorie Evasco among others now accompany a legion of commuters during their humdrum rides. I think it's great–we all need more poetry in our lives, especially during the most mundane moments. What do people think about while they are in transit? I'm sure people are either worrying or fantasizing during the commute, dreaming of finding love or money–or both. I must admit, I've always wanted to fall in love on a train. Unfortunately, I'm hardly ever on one.

Falling in love on a train ride is the premise of writer/director Richard Legaspi's latest film Paano Ko Sasabihin?, a finalist in the 2009 Cinema One digital film festival.   Erich Gonzales plays a writer named Erhyl who meets a teacher named Mike (Enchong Dee) on the LRT.   She notices him (aside from the fact that he's really cute) because he's using sign language with his young student, so she assumes that he can't speak or hear.   She knows sign language because her own younger brother shares the same affliction.   It's a poignant meet-cute when Erhyl and Mike finally start signing to each other on the train.   United by their silence, they fall in love–only, it's all based on a lie.   Erhyl and Mike cannot be fully honest with each other because they both believe that they are more worthy of love because of their handicap.   (Isn't is usually the other way around?)

This strange logic does not really sustain the story, but otherwise Legaspi's movie is charming enough.   It's refreshing to see a romance with mainstream actors (both are products of ABS-CBN's star making machinery) in an independent film with easily accessible themes.   I have a good feeling about Erich Gonzales, who is gorgeous–she's a cross between model Joann Bitagcol and actress Chin Chin Gutierrez–and is a complete natural on screen.   And while there are some lapses in the story and technical glitches (the sound is not the best and cinematography is sometimes uneven), Legaspi has the potential to become a director who can straddle both the requirements of the mainstream and maintain his credibility in the independent scene.     I'm looking forward to his next work.

The making of Paano Ko Sasabihin?

Paano Ko Sasabihin? Enchong Dee Erich Gonzales Richard Legaspi
Your Guide to Thriving in This Strange New World
Staying
In? What to watch, what to eat, and where to shop from home
OR
Heading
Out? What you need to know to stay safe when heading out