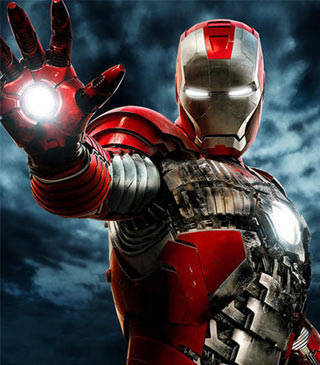 All the main ingredients which audiences loved about the first movie are all here, with stellar performances from Mickey Rourke and Scarlett Johansson, says movie reviewer Paul Daza. 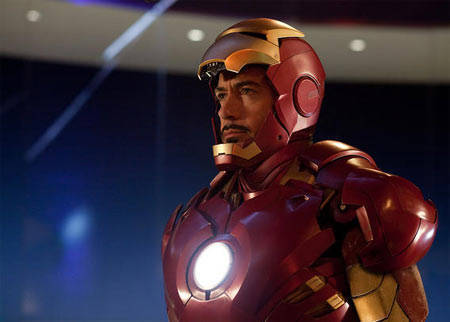 "Iron Man 2," the highly anticipated sequel to the Marvel superhero flick which took the world by storm two summers ago, is a mixed bag of pleasures and pitfalls. While this Iron Man feels more polished than its predecessor, there are some areas- particularly in the pacing- where the first movie shone brighter.

The sequel picks up right where "Iron Man" ended. Billionaire inventor Tony Stark (Robert Downey Jr.) has just admitted that he is Iron Man in a press conference that's broadcast the world over. Watching the telecast in Moscow is a brooding Ivan Vanko (Mickey Rourke), who yearns for the day when he will be able to make Stark pay for stealing the technology that was invented by his ailing father Anton Vanko to power the Iron Man suit.

Months later, Stark is grilled by the US Senate, which is demanding that he surrender Iron Man to the US military because of its obvious applications as a weapon of war. Stark's refusal to do so triggers conflict and betrayal among friends and competitors, culminating in a high-tech climax involving dozens of iron men trying to gun him down with hundreds of rounds of ammunition at a New York World Expo.

And so, the question is asked: is "Iron Man 2" better than the first movie, in the way that "Spider-Man 2" and "X-Men 2" surpassed their respective predecessors?

With "Iron Man 2," the answer isn't that obvious. Some will say yes, others will say no. For sure, the main ingredients which audiences loved about the first movie are all here, namely, Robert Downey Jr.'s compulsively likeable portrayal of fun-seeker Tony Stark, and the trappings which come with any superhero movie- the sleek suit and the amazing powers that come with it, not to mention the promise of spectacular mayhem and extravagant action.

The one area where "Iron Man 2" trumps the first outing is in the choice and casting of the villain. As Ivan/Whiplash, Mickey Rourke is a beguiling, menacing presence. The scene where he tries to kill Stark during the Monaco Grand Prix is, for this reviewer, the movie's defining moment. Beefy, bulked up, and branding a whip in each hand that can slice steel cars the way a hot knife slices butter, Rourke's menacing gravitas heralds the movie as one which could have been one of the best superhero movies ever made. Sadly, however, nothing which follows this searing sequence surpasses or even comes close to it. Even the obligatory mano a mano between Rourke and Downey in the film's climax ends abruptly, depriving viewers of a longer, more drawn out clash that would have been more dramatically satisfying.

Rourke's adoption of a thick Russian accent also makes it difficult to fully enjoy the portrayal, since it makes him incomprehensible at times. There's a great line uttered by Rourke in the Iron Man 2 trailer which goes, "There will be blood in the water and sharks will come." In the movie itself, it's hard to decipher. Another scene has him demanding for his pet "bird," but what we hear is "board."

It is actually in the amount of dialogue that Iron Man 2 pales in comparison to the first movie, because there seems to be so much more of it in the sequel. There's a long stretch of what feels like twenty minutes in the middle of Iron Man 2 where many of the characters just talk and talk: Pepper Potts (Gwyneth Paltrow) stresses over problems in the office with Stark; Stark's competitor Justin Hammer (Sam Rockwell) complains about the slow pace of Vanko's work in creating new iron men. The actors do a fine job delivering their lines, but this is a superhero movie, not a Woody Allen drama. More action and destruction, please! 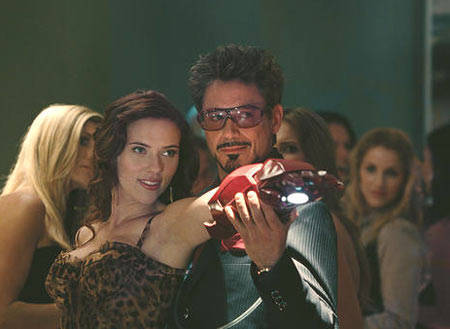 Scarlett Johannsson is the "action babe" in Iron Man 2

Strangely enough, it's one of Woody Allen's favorite actresses, Scarlett Johansson, who makes a surprising transition from dramatic actress to action babe in "Iron Man 2." As Stark's new assistant Natalie Rushman, Scarlett beats up the bad guys with aplomb while wearing a skintight, Matrix-inspired black leather outfit, making her one of Iron Man 2's unexpected and unforgettable pleasures.

Fans will also delight in the cameo of Marvel Comics founder Stan Lee as a certain famous talk show host, and be thrilled by the coda following the closing credits, which provides a tantalizing hint as to the next Marvel superhero movie outing.

In the end, how you feel after seeing this teaser may sum up what's good and bad about "Iron Man 2"- it's lots of fun and excitement while it lasts, but after two movies, you're ready to move on to the next superhero.

Robert Downey Jr. Iron Man 2
Your Guide to Thriving in This Strange New World
Staying
In? What to watch, what to eat, and where to shop from home
OR
Heading
Out? What you need to know to stay safe when heading out