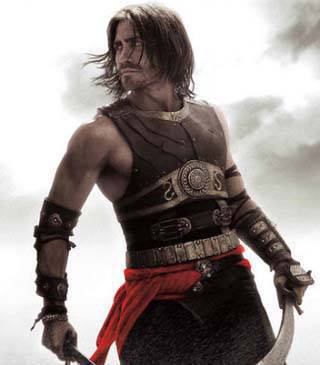 MOVIE REVIEW: Prince of Persia: The Sands of Time

<em>Prince of Persia</em> has a star-studded cast, special effects, battle scenes, and an exotic setting. Will it be an unforgettable summer movie or should it get sandbagged? Paul Daza weighs in.

Prince of Persia: The Sands of Time is a lot better than most movies inspired by popular video games, one which thrills and delights for many of its 100 minutes. Produced by Walt Disney Pictures and Jerry Bruckheimer, Prince of Persia is light years ahead of, say, Final Fantasy in terms of clarity and coherence, and millions of dollars more expensive-looking than the Resident Evil movies.

Persia also has an impressive, superstar-studded cast, with A-listers Jake Gyllenhaal, Ben Kingsley and Alfred Molina emoting in the sandy adventure epic, and fast-rising newcomer Gemma Arterton as the obligatory love interest. In the end, however, despite its glorious special effects, breathless battle scenes, and exotic, romantic setting, you realize that Prince of Persia is yet another instantly forgettable summer yarn. 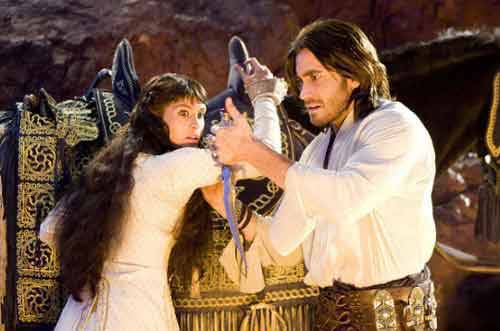 Gemma Arterton and Jake Gyllenhaal star in Prince of Persia.

The story is about the efforts of Prince Dastan (Jake Gyllenhaal) of Persia and Princess Tamina (Gemma Arterton) of Alamut to protect a powerful, magic dagger from falling into the wrong hands. Powered by magic sand, the dagger has the ability to take its user back in time, making it a weapon that any army would kill to possess. Among the casualties is King Sharaman (Ronald Pickup), who dies gruesomely when a robe he puts on burns him to death. Fighting to get the time transporting dagger from Dastan and Tamina are Nizam (Ben Kingsley) and Sheik Amar (Alfred Molina).   Though they begin as adversaries, Dastan and Tamina predictably end up in each other's arms before the end credits roll.

I had high hopes for Prince of Persia: The Sands of Time because it was directed by Mike Newell, the filmmaker who made my favorite Harry Potter movie, The Goblet of Fire. After being mesmerized by Goblet, I immediately wanted to see it again. After watching Prince of Persia, though, I could only wonder, "What happened to Mike Newell?"

Nothing in Prince of Persia is brilliantly staged, no scene worth chatting about with fellow movie geeks. The closest thing to coolness which the movie exhibits is a sequence where Gyllenhaal scales a very high and very smooth wall with the aid of arrows being fired at him every few seconds by fellow Persians.   It lasts only for a few seconds, but it's as ingenious as the scene in The Lord of the Rings: The Two Towers where Legolas uses a piece of wood as a skateboard to slide down the steps of the castle at Helm's Deep while firing arrows at the bad guys. But I won't give too much credit to the filmmakers for Persia's wall-climbing scene, because it may very well have come from the Prince of Persia video games which have been around since 1989.

The film's videogame origins may also explain why Jake Gyllenhaal and Gemma Arterton, more often than not, emote more like two-dimensional computer-generated people than the flesh and blood human beings they are. None of the scenes they share have any sizzle, and they have no emotionally-charged scenes that stay with you after the movie's over. In fact, Arterton's performance as Tamina will give you a constant feeling of déjÃÂƒÂ  vu, because it recalls her work as Io, the love interest of Sam Worthington's Perseus in the recently-shown Clash of the Titans. Gyllenhaal at least looks like he's enjoying his first outing in a mega-budgeted special effects adventure. But then again, there are quite a few Pixar-created characters like the grumpy old man from Up who have shown more emotional depth than Gyllenhaal exhibits in this movie.

The script certainly deserves some of the blame for not giving Dastan enough qualities to make the audience care about him. There's a scene at the start of the film which shows Dastan and other members of the Persian army trying to attack Alamut. After Dastan says that the main gate is "impossible" to penetrate, we see him moments later getting through it without difficulty. The way the sequence was handled robbed Dastan of sympathy, because if he could do the impossible without breaking a sweat, he can do anything, right?   This scene then had me wishing that Jake Gyllenhaal's Prince Dastan character would later exhibit traits that would make him as endearingly human and as flawed as Harrison Ford's Indiana Jones. Alas, it wasn't meant to be.

That's the main problem of Prince of Persia- in its best and worst moments, it triggers memories of many other movies, from Indiana Jones and the Lord of the Rings trilogy to The Golden Compass. Just as quickly, however, you realize that all those movies were better than this one.