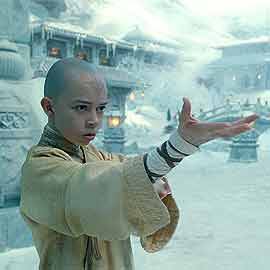 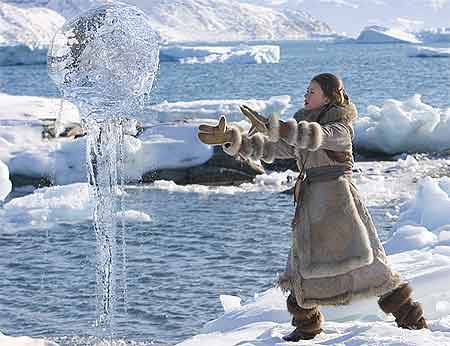 As an ardent fan of Nickelodeon’s 2005-2008 animated series "Avatar: The Last Airbender," the live action movie’s dismal rating on Rotten Tomatoes (9%!) was not enough to discourage me from watching The Last Airbender. Those acerbic reviews, however, prompted me to lower my expectations for the film, which I had gotten very excited about when its promising full trailer was shown at the start of 2010.

My verdict after seeing the movie? It’s bad, but not awful. I ended up liking The Last Airbender more than I thought I would, mostly because of the film’s unique look and excellent visual effects. Like most fans of the TV series, however, I didn’t care for the script of writer-director-producer M. Night Shyamalan, which was a bewildering mess. 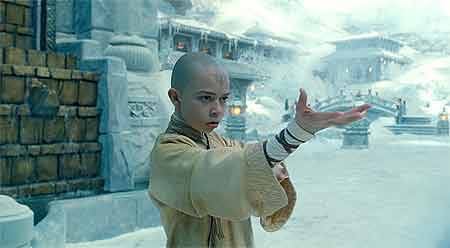 The Last Airbender is about Aang (Noah Ringer), a 12-year-old boy who has a special destiny because he has the potential to "bend" or manipulate the primal elements of earth, air, fire, and water. But before he could fulfill his destiny, Aang was entombed in ice for a hundred years. The movie begins with Sokka (Jackson Rathbone) and his sister Katara (Nicola Peltz) accidentally freeing Aang from his icy tomb. His release, however, doesn’t go unnoticed by the evil Fire Nation, which enslaved many parts of the world as Aang slept. Now that the avatar is back, the Fire Nation’s Commander Zhao (Aasif Mandvi) and the scarred Zuko (Dev Patel) will do what they can to stop Aang from fulfilling his mission to restore peace in the world. But what chance does Aang have against the mighty Fire Nation? How will his inexperienced friends Sokka and Katara help him face a vast, well-equipped army?

The climactic battle scene in The Last Airbender is one of just a few reasons why the movie isn’t the total disaster it’s been described as by U.S. critics. In fact, The Last Airbender looks great--it’s a beautiful, transporting 3D adventure. (Be warned, though, that in many scenes, the "3D" conversion looks more like "2.5D," like Clash of the Titans). It was thrilling to behold the characters and places I loved from the animated series on the big screen, to see Aang, Zuko, and Katara portrayed by flesh and blood actors as opposed to drawings that were inked and painted on celluloid.

There are also vibrant locations, including the Christmassy, winter villages that bookend the movie, and the majestic monk temple and tranquil Spirit World which Aang visits in his quest for enlightenment.

Last but not least, are the amazing visual effects which allow a giant bison named Apa to soar above the clouds, and the riveting battle near the end which shows warriors hurling walls of fire and water at their opponents. The sequence has the epic feel of a skirmish from The Lord of the Rings, and a uniquely captivating beauty that’s the result of its polar setting (it’s called the Northern Water Tribe in the film). It’s like the battle of Helm’s Deep from The Two Towers transposed to Shangri-La, "The Lord of the Rings" meets "Lost Horizon," with biblical pillars of fire and water thrown in for good measure.

Most viewers, however, may not be able to fully appreciate the climax because Shyamalan’s script jams so much exposition and information into the film that only the TV series’ loyal followers will be able to make sense of the plot. One result of this cramming is that Aang becomes skilled at water-bending much too quickly - we’re not given an escalating training montage that tracks his progress. Similarly, the romance between Sokka and the white-haired Princess Yue (Seychelle Gabriel) of the Northern Water tribe also feels rushed. They’re introduced to each other in one scene, and are then ready to die for one another just a few minutes later.

What I missed most in the movie from the TV series, however, was not a particular character or subplot, but the offbeat humor. A 22-minute episode of Avatar usually came with five hilarious one-liners. They would either be cowardly quips from Sokka about the hopelessness of whatever predicament he’d find himself in, or bits of hilarious, unexpected wisdom from Zuko’s Uncle Iroh. The film, by contrast, has Sokka saying only a couple of mildly amusing lines. The Uncle Iroh character, played by Shaun Toub, fares even worse--he’s not given anything witty to say in the entire movie.

It’s a good thing, though, that The Last Airbender has enough visual flair and razzle dazzle to overcome the screenplay’s verbal inadequacies. Enter the theater with low expectations where the story is concerned, and you will be rewarded with eye candy.

The Last Airbender Moviereview Movie M.nightshyamalan
Your Guide to Thriving in This Strange New World
Staying
In? What to watch, what to eat, and where to shop from home
OR
Heading
Out? What you need to know to stay safe when heading out